Watch our Audacy Live with BTS
By Josh Clark, 105.3 The Fan

DALLAS (105.3 The Fan) - Rangers All-Star outfielder Joey Gallo continues to be very sought after by contending teams with the trade deadline less than two weeks away on July 30.

The two teams most connected to Gallo thus far are the New York Yankees and the San Diego Padres - two teams who would like to add some punch to their offense from the corner outfield spot in the lineup.

According to Ken Rosenthal of The Athletic, the Padres may be willing to go further than any other club to bring Gallo in.

At least one other club, though, is practically panting for Gallo — the Padres, who are run by the sport’s most fearless deal-maker, A.J. Preller. 'I think Gallo is the one guy A.J. might unload for," said one official who has been in touch with the Padres.

But what can the Padres offer, or which prospects will they be willing to offer in a potential Gallo deal?

Per Rosenthal, the Padres system is "no longer elite" after top pitching prospect MacKenzie Gore "took another step backward and shortstop C.J. Abrams suffered a season-ending fractured left tibia and sprained MCL. However, it's very unlikely that Padres GM A.J. Preller would part with either of those players in a Gallo deal. They do have two additional top-100 prospects in Triple-A catcher Luis Campusano and Single-A outfielder Robert Hassell, according to MLB.com.

Rosenthal also opinioned that Gallo is "an obvious fit" for the Yankees, while Joel Sherman of the New York Post wrote recently that the Bronx Bombers have “consistently had eyes” for the reigning American League Gold Glove winner.

The Rangers could also hold onto Gallo and work on signing the 27-year-old to a long-term deal before he enters the final year of club control. For Gallo, he's said time and time again that would be his preference, and Texas would probably like to keep him. But the return in any Gallo deal might just be too good for them to pass up. 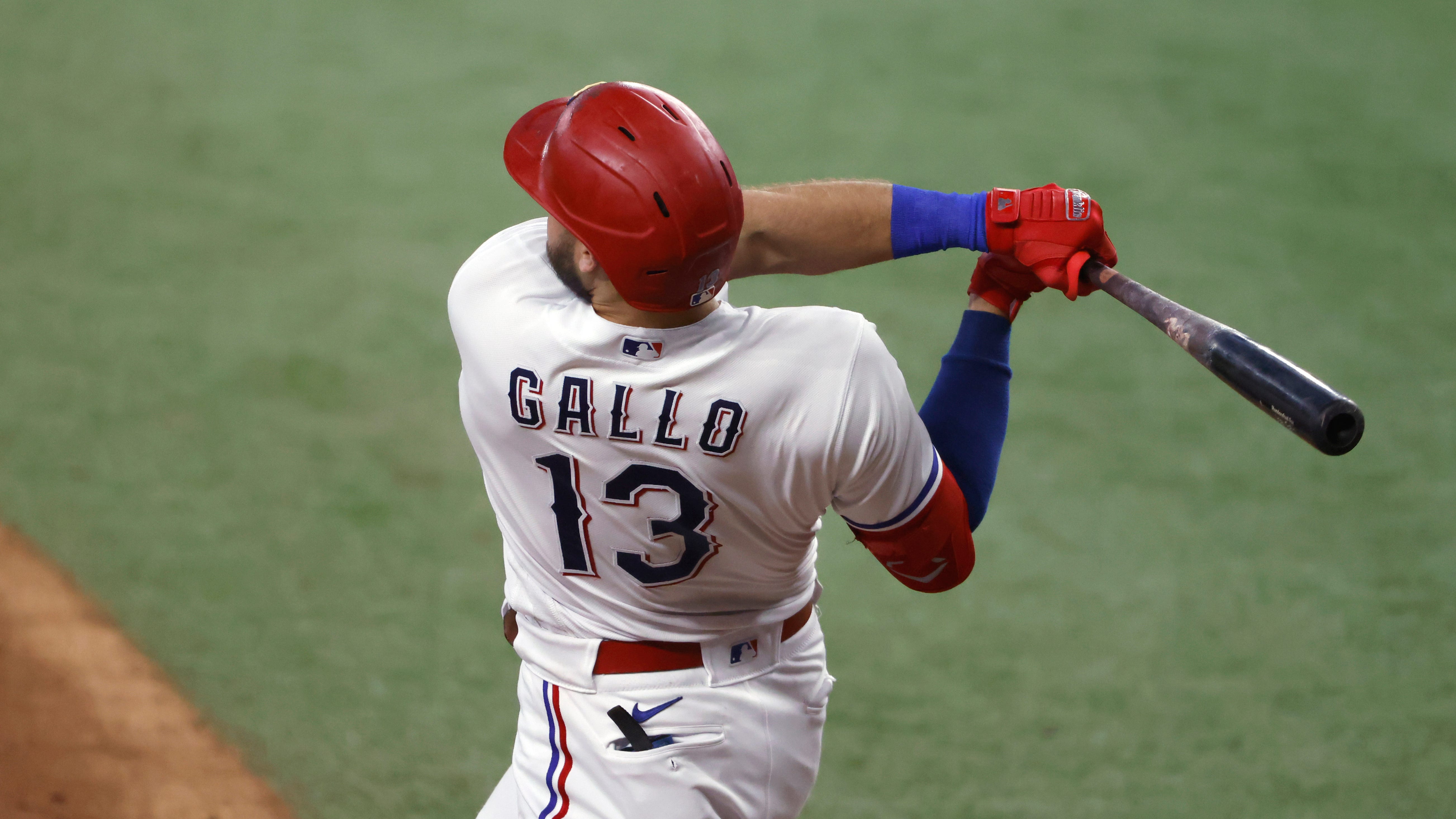 Joel Sherman: Yankees have ‘consistently had eyes’ on Joey Gallo