Listen to Audacy's Album Release Party with The Lumineers powered by GrubHub
By Brandon Scott, SportsRadio 610

(SportsRadio 610) -- The Astros appear to be addressing their bullpen issues ahead of the trade deadline. 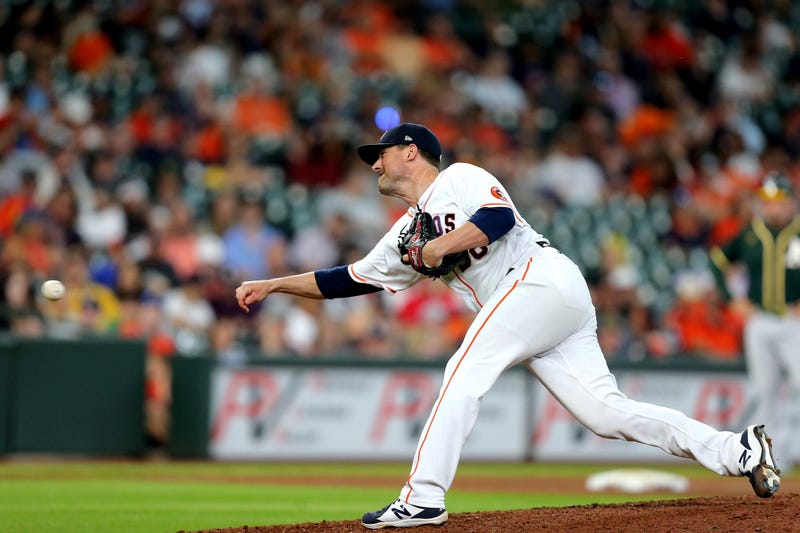 Source: The Astros have traded IF Abraham Toro and RHP Joe Smith for RHP Kendal Graveman and RHP Rafael Montero of the Mariners.

The Astros happen to be in Seattle for a series against the Mariners.

The Houston Chronicle's Chandler Rome reported seeing Toro, who just played for the Astros against the Mariners on Monday night, was seen in a Mariners uniform at T-Mobile Park on Tuesday evening.

Abraham Toro is in a Mariners uniform at T-Mobile Park.

The addition of Graveman helps bolster the back-end of the Astros bullpen. Gravemen has been outstanding out of the bullpen for the Mariners, pitching to a 0.82 ERA, 0.69 WHIP and striking out 34 batters in 33 innings pitched. He also had 10 save but will likely be used as a setup man behind All-Star closer Ryan Pressly.