The Washington Nationals have added another slugger to their lineup this offseason.

According to multiple reports, free agent Kyle Schwarber and the Nationals have agreed to a one-year deal for $10 million.

Source: The Nationals have signed Kyle Schwarber to a one-year deal pending a physical.

Like Schwarber deal for #Nationals. There's a much better hitter - not just all-or-nothing power guy - than he showed last yr. 1-yr, $10M pact is a good gamble to see if that can be rediscovered. In ’19, 10 LHHs bettered 34 HRs/120 OPS-plus. Nats now have 2: Soto/Schwarber

Dougherty adds that the Nationals are preparing for the 2021 season to play out without a designated hitter in the National League, which would shift Juan Soto to right field so that Schwarber can play in left field. The $10 million figure is higher than what MLB Trade Rumors projected for Schwarber — they had the number in between $7 and $9 million — but for a one-year deal that obviously benefits the Nats, the higher number seems to be a good compromise.

Schwarber joins first baseman Josh Bell as one of two big power bats that the Nats added this offseason to join Juan Soto, Trea Turner and others in this explosive offense. Washington was a bottom-ten team in 2020 in home runs hit, so more pop in the middle of the order makes sense. Additionally, as Adam Eaton was one of the better lefty bats in the order, Schwarber replaces him as another lefty to balance out the order.

Schwarber leaves the Cubs after six seasons in which he clubbed 121 home runs in 551 games, averaging 36 dingers per year at a 162-game pace. 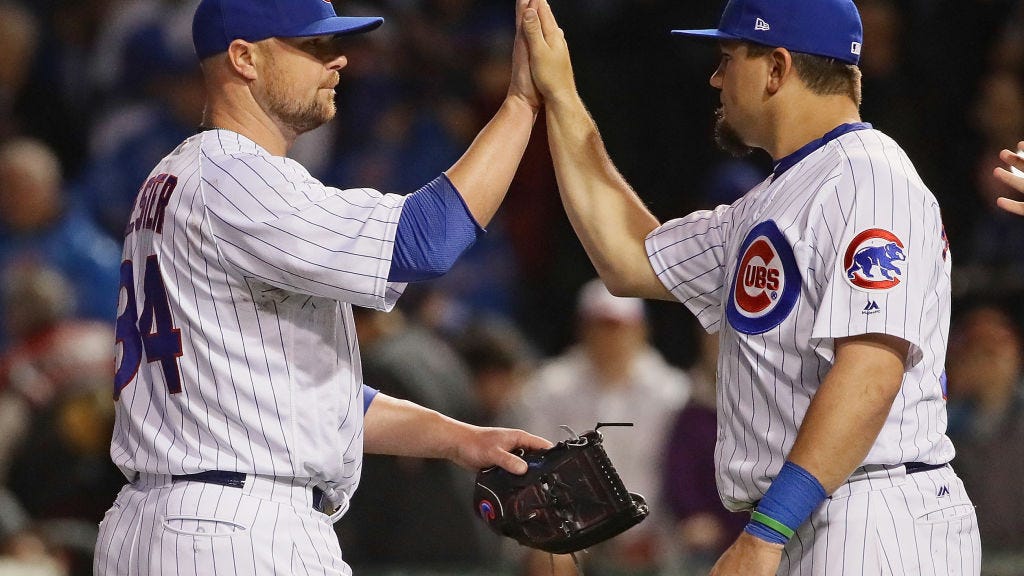 music
Set Sail with Lil Yachty on 'Michigan Boy Boat'
music
BTS’ V teases new solo track and the band scores new Louis Vuitton ambassadorship
news
9 mistakes that can cost you time and money when filing your taxes in 2021
music
Cardi B slams U.S. Representative for complaints about 'WAP' GRAMMY performance
music
Ozzy Osbourne appears in trailer for upcoming documentary ‘Rockfield: The Studio On The Farm’
music
Dave Grohl and his daughter keep it in the family and cover a punk rock classic