If longtime Philadelphia Phillies and Los Angeles Dodgers second baseman Chase Utley was still playing, we have to think that Noah Syndergaard would really, really enjoy striking him out. After all, Utley is a villain to pretty much all Mets players of the past and the present, cementing his status in that antagonist role after his infamous slide into second base broke Ruben Tejada's leg. Syndergaard threw a 99 mph heater behind Utley the following season, resulting in his ejection (though he claims he didn't do it on purpose), and Utley responded to that by crushing two home runs later in the game to down the Mets.

But Utley is not still playing, and Syndergaard is no longer a Met, and so he had to choose someone else when the hosts of MLB Network's "Intentional Talk" asked him who the one player is that he'd most like to strike out (h/t Tom Ruminski from The Score).

He ended up choosing someone that might also be the choice of a number of other pitchers: Carlos Correa. There's the whole Astros sign-stealing scandal thing. Now that Syndergaard is on the Angels, it's also worth mentioning that the two would be AL West division rivals, which adds more fuel to the fire — though Correa could very well end up elsewhere before the start of next season. There's the fact that Correa is about to get paid big-time and is no looking for nothing less than, oh, your casual $341 million deal like that of Francisco Lindor. And most importantly, it seems, there were the comments that Correa made that angered a pretty big fan base. 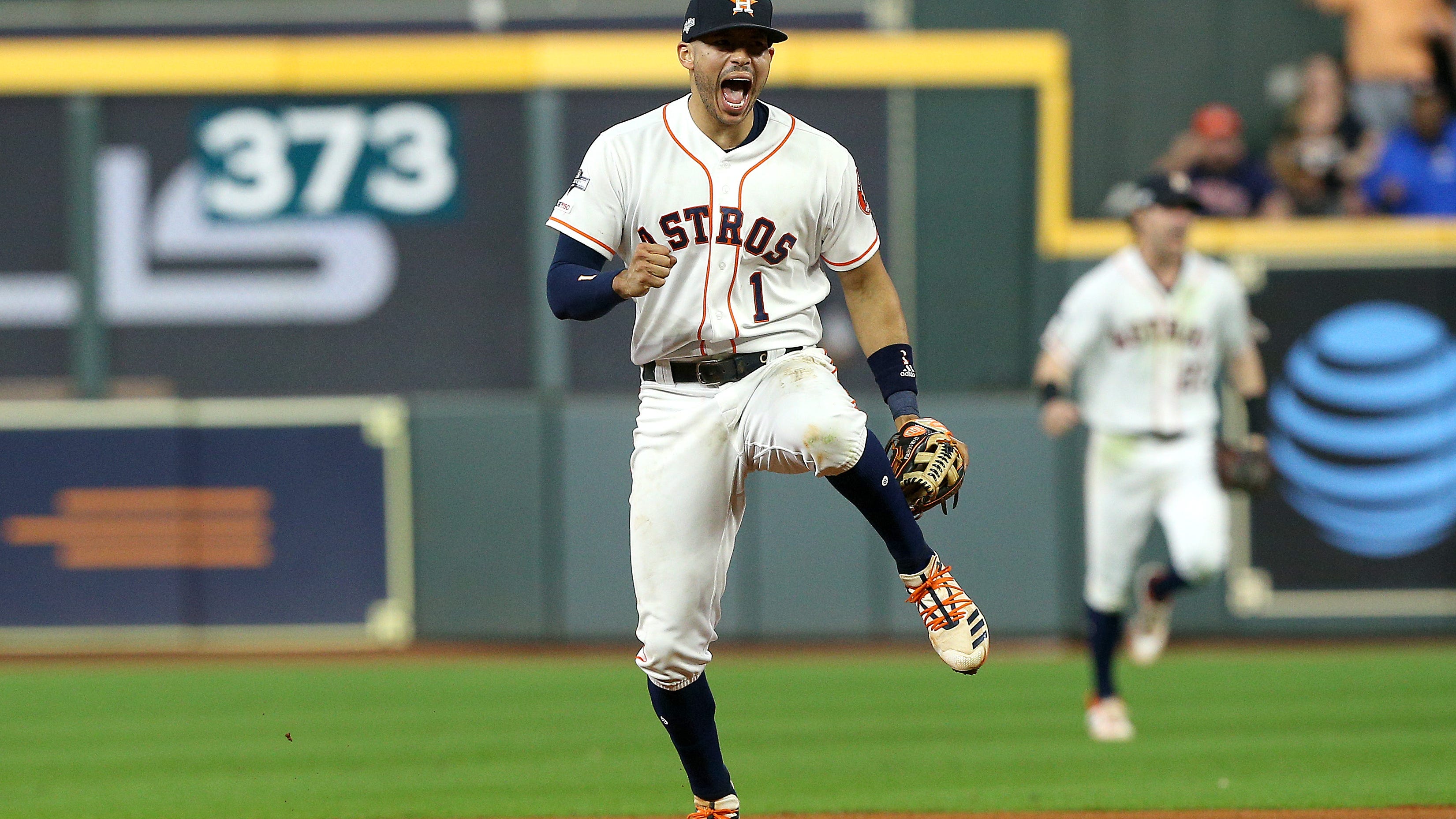 Did Carlos Correa blow his chance to play for the Yankees by criticizing Derek Jeter?

And so, Syndergaard justified his decision.

"Carlos Correa... not just for the obvious reason," he said. "But just what he said about Derek Jeter not deserving his Gold Gloves, I think that was a little ridiculous to say."

I'm kind of surprised to hear that Syndergaard didn't choose Justin Turner, seeing as he looks just a tad like Tormund Giantsbane, and the Lannisters didn't always see eye-to-eye with the wildlings. But I digress.

Syndergaard never faced off against the Astros in his time with the Mets, and a move to the AL might help him in his quest to strike out Correa if the star shortstop goes to a team like the Tigers or Yankees, and especially if he stays with the Astros. And quick trivia question before we go... which batter has Syndergaard rung up on strikes the most, with nine Ks? This guy.

Nasty sink on this two-seamer from Noah Syndergaard at 98mph to fan Marcel Ozuna. pic.twitter.com/hljvjMI91j