If you tuned into the Subway Series this past weekend you saw a lot of memorable moments, but perhaps the most memorable was the benches-clearing brawl on Sunday that ensued after the Mets were suspicious about the "whistling" sounds they heard coming from the Yankees’ dugout during Saturday's game.

Mets pitcher Trevor May acknowledged on "The Chris Rose Rotation" podcast that the alleged whistling coming from the Yankees' dugout, more specifically from Yanks reliever Wandy Peralta, was nothing serious and that the Mets essentially used it as added motivation.

“To be honest, a lot of this stuff we're doing is firing us up type of stuff," May said. "We're like, 'yeah they could’ve been doing that (cheating) we don’t know for sure, but I’m just going to take it personally anyways, I’m not letting it slide.'"

Things started to heat up when Francisco Lindor made a whistling gesture toward the Yankees’ dugout in the sixth inning after his second of three home runs that night, but Giancarlo Stanton had his own choice words while rounding the bases an inning later, which caused the benches to be emptied.

May added that Lindor has always used personal vendettas, typically against pitchers, for added motivation. 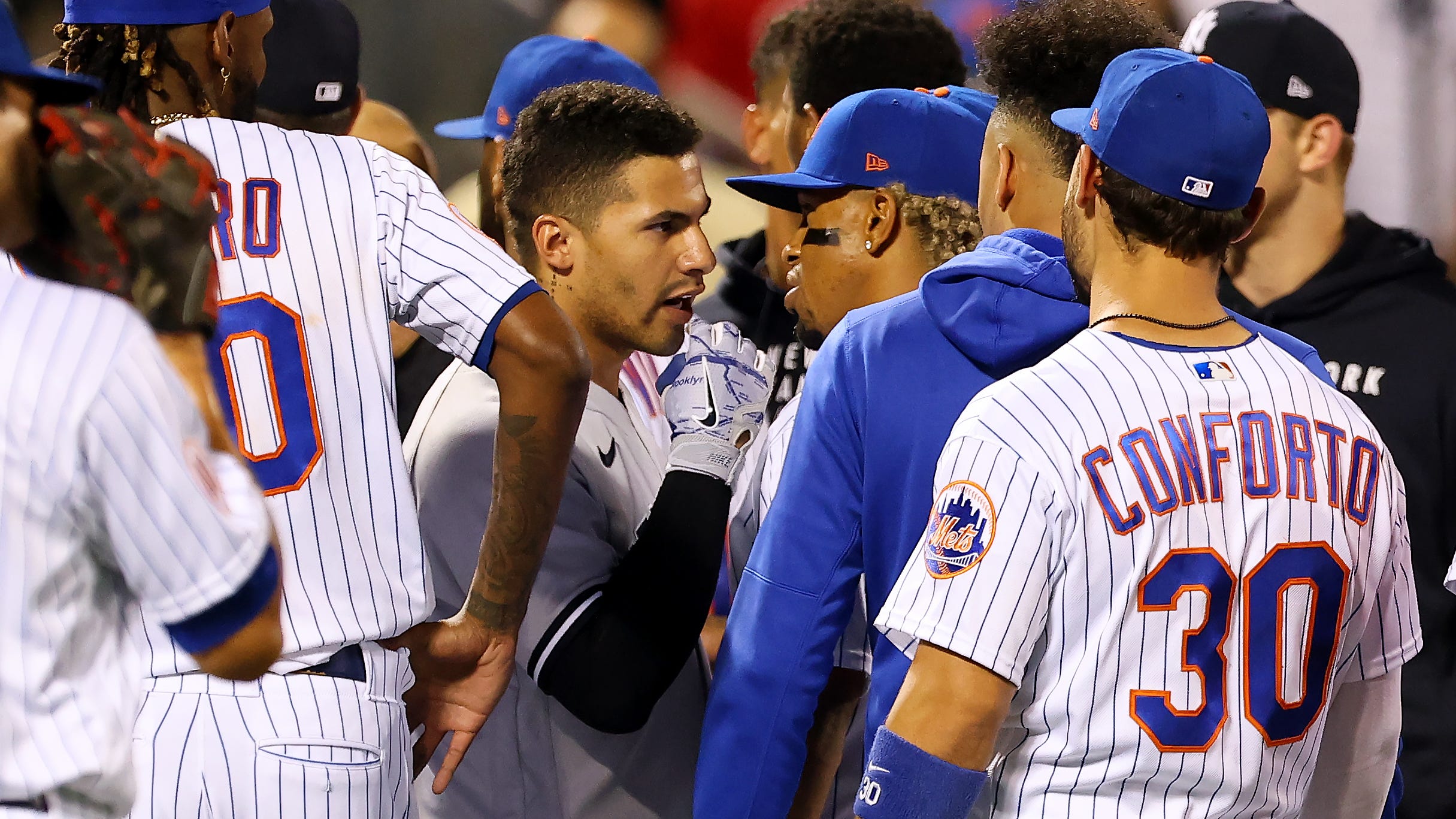 Luis Rojas had also heard whistling coming from the Bombers' dugout and has already told reporters before the opening of their series against the Cardinals that the Mets will not contact the MLB league office and that the club has already moved past the situation.

Although we will not see another Subway Series game this year, Lindor and Stanton will be tied to their clubs for a long time so it will be interesting to see if this controversy carries over into next year.