ST. LOUIS (KMOX) - The heckling of a carnival clown proved to be no match for a man who pitches in front of 40,000 screaming fans on a weekly basis.

St. Louis Cardinals pitcher Adam Wainwright's latest viral Tweet showcased his incredible accuracy as he needed just one throw to send down the clown at a carnival dunk tank. He posted the video on Saturday night with a caption:
"No better time to start getting ready for spring training than at the fair. Enjoy your bath clown."

No better time to start getting ready for spring training than at the fair. Enjoy your bath clown. pic.twitter.com/xzFGRonpWm

Some on social media pointed out that it may not have been his first attempt at the game, but I'm willing to bet it would have taken most commentators much, much longer. Also, showing off his incredible accuracy is nothing new for Waino. Remember when he was throwing strikes, over a street, from 156 feet away?

This kind of thing is exactly what he's talking about when he says aspiring pitcher should be playing more "catch" and not "fetch," as he recently explained on a podcast.

It starts with a game of catch. There's so many guys I see now across the league just playing fetch, and not playing catch," Wainwright said to David Cone on Jomboy Media's new "Toeing the Slab" podcast. "They're just worried about how hard they can throw it and how far they can throw it. There's nobody hitting each other in the chest anymore and picking little fine spots, picking the 'C' on the jersey of the Cardinals instead of throwing to this empty space all around, and hopefully they can jump and catch it. You know, when you learn how to play catch, that's the first part of learning how to be a good pitcher." 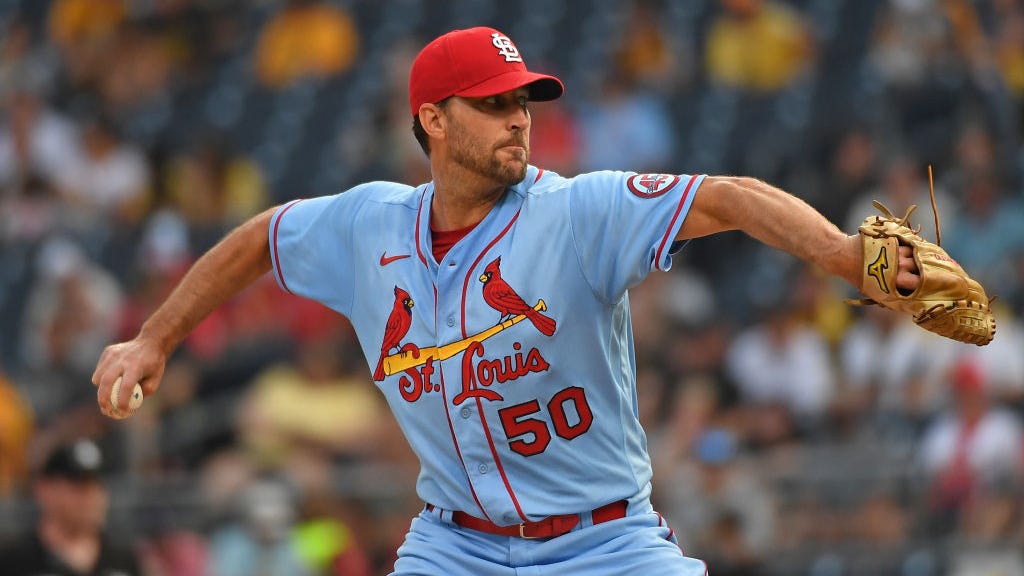 Adam Wainwright's key to the art of pitching: 'Learn how to play catch'

The 40-year-old is expected to received some Cy Young votes when the award winners for both leagues are announced this Wednesday. The three-time All-Star was the ace of the Cardinals this season, starting the do-or-die Wild Card game after a 17-7 season with a 3.05 ERA and among the MLB leaders in innings pitched.

Wainwright is likely to retire after next season, along with his career-long battery mate Yadier Molina. 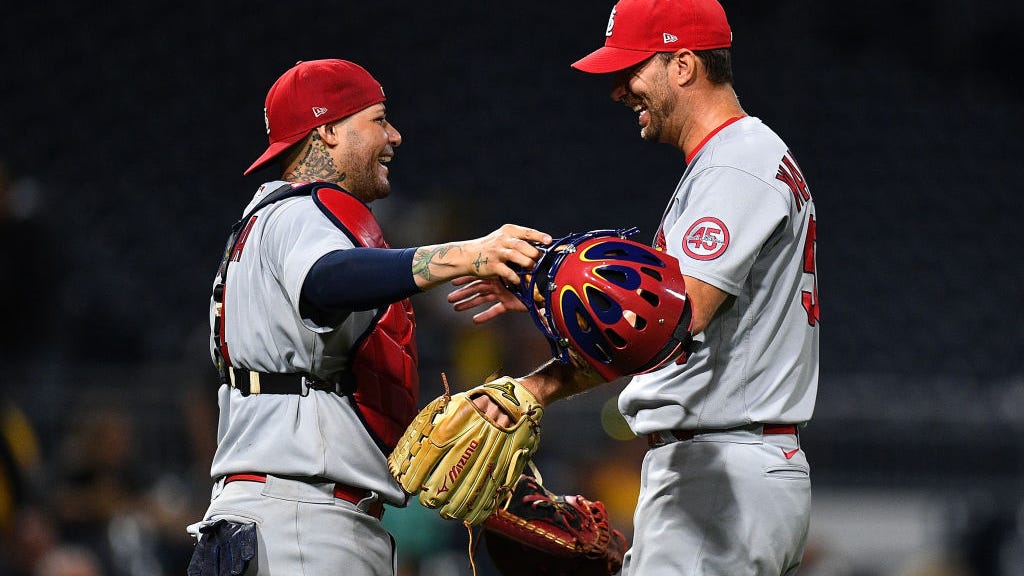