There's an extremely corny lede to be written about how Ronald Acuña Jr. usually strikes fear into others, as opposed to being the fear-stricken one, but we'll save that for someone else to use.

What you need to know is that before this afternoon's Atlanta Braves-Pittsburgh Pirates game went into a rain delay, Acuña was a bit spooked by the weather as he was attempting to run the bases:

Ronald Acuña Jr., not a fan of thunder and/or lightning.

Mind you, this came a few innings after Acuña hit a 444-foot home run, his 24th blast of the season:

Acuña, still only 23, learned this past weekend that he's been elected to his second National League All-Star team. The former National League Rookie of the Year is second among position players in the senior circuit with a 3.6 fWAR, trailing only Fernando Tatís Jr. of the San Diego Padres. 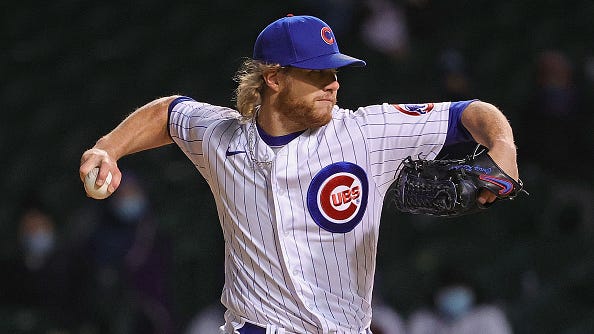