Listen to Audacy's Album Release Party with The Lumineers powered by GrubHub
By Andrew Limberg, 93.7 The Fan

On Tuesday night, Oakland A’s pitcher Chris Bassitt took a line drive off his head in the second inning in an at-bat against Brian Goodwin, which was measured with an exit velocity of 100 mph.

Bassitt hit the ground immediately, grabbing his face near his eye as medical staff rushed to attend him. There was a lot of blood visible as trainers placed a towel on his face.

Bassitt was released from the hospital on Tuesday night, will have surgery in the next couple days but is expected to make a full recovery with his vision still perfect.

The incident brought back painful memories for former MLB pitcher and Butler, Penn., native Matt Clement, who took a similar shot to the face in 2005. 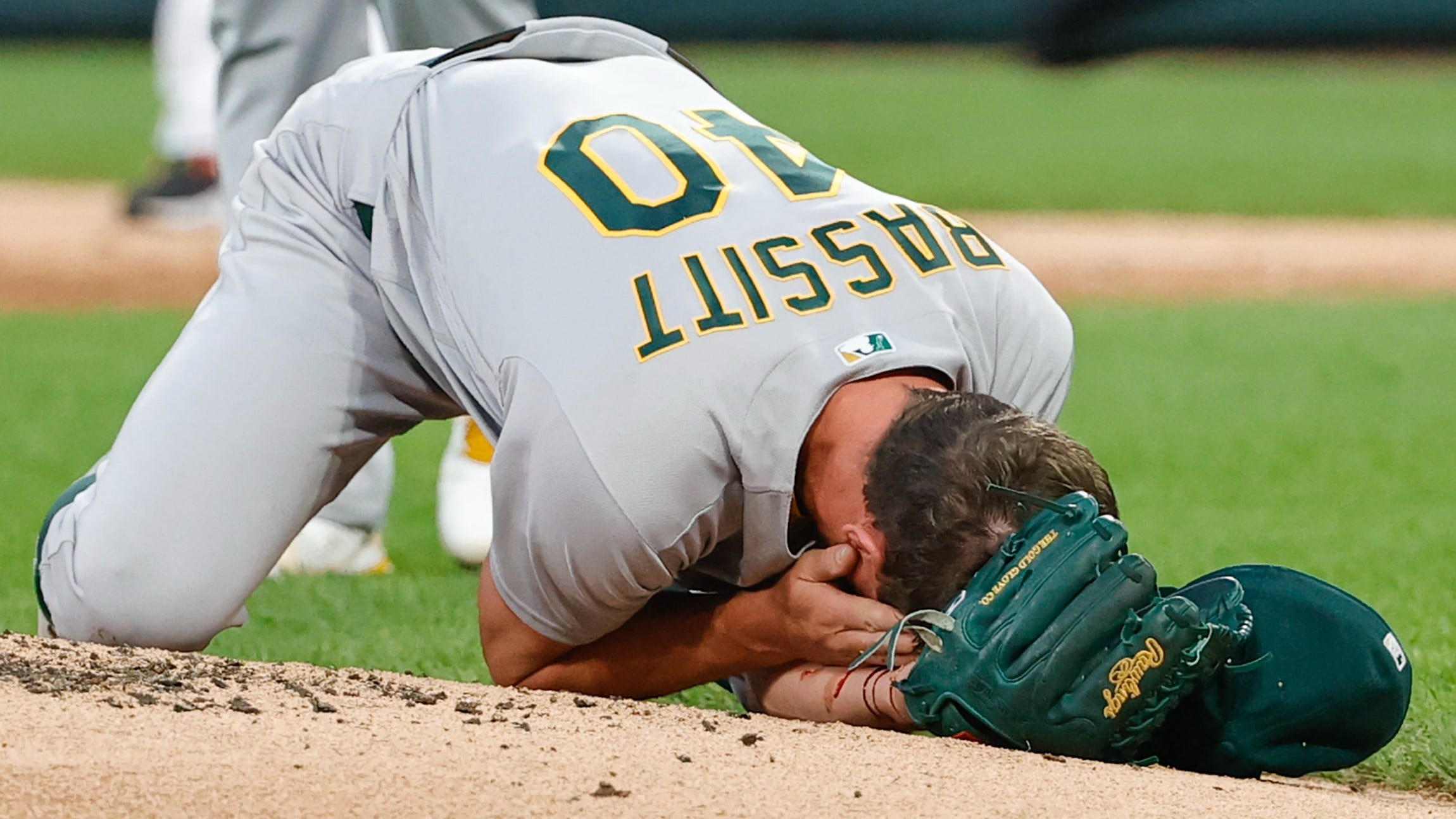 Clement, a member of the Boston Red Sox at the time, was hit by a line drive from Tampa Bay’s Carl Crawford on July 26, 2005 during a game against the Devil Rays.

“Ball hit my head and . . . the ball landed in left field off my head which I think was more of a blessing actually more than coming straight down which I think that happened more to him last night,” Clement told the Morning Show on 93.7 The Fan in Pittsburgh on Wednesday.

Clement adds if any video of him getting hit by Crawford pops us on TV, he turns it off immediately because it brings back, “bad memories.”

The shot, that he estimates hit him at over 110 mph, did not knock him out.

“The immediate thing I remember, one thing I can compare it to and I tell people all the time, it was like I was at a loud concert, like a rock concert where your ears are ringing at the end of it, I had that ringing sensation in my ear from when I got hit,” said Clement.

He adds first baseman Kevin Millar ran over to him and told him not to move. He was stretchered and taken to a hospital.

The hit happened before concussion were taken seriously and Clement says he only missed three days and was never diagnosed with a concussion.

It was the first time that Clement had missed a start in professional baseball and the desire to want get back on the mound helped him get over any fear he had of pitching.