As Joc Pederson trotted around the bases at Miller Park after hitting a pinch-hit home run in Game 1 of the NLDS, it was impossible not to notice the pearl necklace that the Atlanta Braves outfielder was wearing.

But if you thought that the 29-year-old had a heartfelt reason for wearing the pearl necklace, you'll be disappointed.

Pederson's necklace isn't a family heirloom. In fact, it's not even clear where the necklace, which he started wearing in late September, came from. But his reason for wearing it is pretty hilarious:

Set to become a free agent this offseason, Pederson is aiming to win his second consecutive World Series title. In 2020, Pederson hit .382 with two home runs and eight RBIs as he helped the Los Angeles Dodgers to win their first World Series title since 1988. 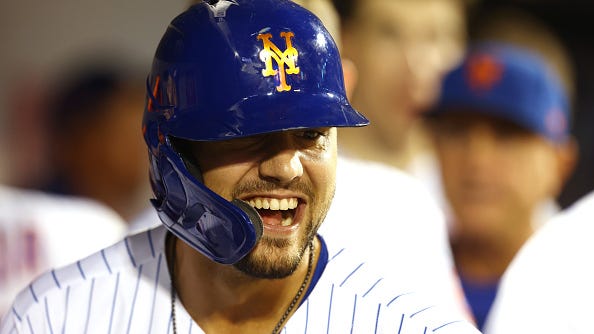