Watch our Audacy Live with BTS
By John Healy, RADIO.COM

In a 60-game season where 16 teams make the playoffs, nobody knew what to expect at this year's trade deadline.

Many thought that it would be quieter than usual, with teams afraid to pull the trigger on deals due to the uncertainty of how the rest of the season will play out.

Quite the contrary, actually.

This year's trade deadline was action-packed, with myriad of moves being made all over the league and by unlikely buyers looking to capitalize on either ending postseason droughts or being a legitimate threat once they are there.

After a busy day we are here to break down who the winners and losers of the 2020 MLB trade deadline were.

The San Diego Padres were perhaps the most active team at this year’s MLB trade deadline, swinging a flurry of moves as GM A.J. Preller seems determined to take advantage of the 16-team playoff. They are also winners of perhaps the most prized possession on the trade market, landing starter Mike Clevinger from the Indians to bolster their rotation. 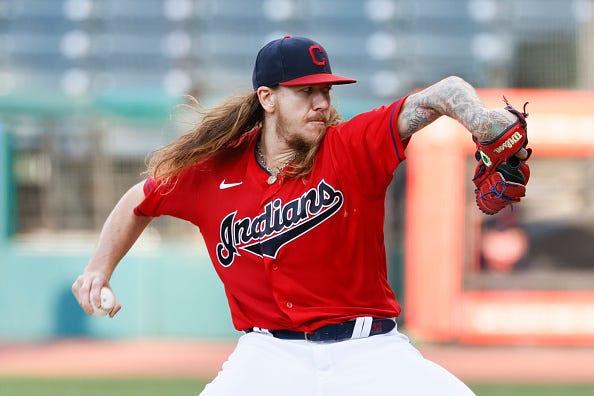 In addition to Clevinger, the Padres also replaced Kirby Yates with Trevor Rosenthal, traded for a lefty power bat in Mitch Moreland and upgraded at catcher in Aaron Nola. The Dodgers may be the kings of the NL West but the Padres are determined to compete with them.

The Mariners have some bright upcoming talent heading their way in the future and they added to that at the trade deadline. Seattle scored the Padres’ fifth-ranked prospect in 22-year-old Taylor Trammell, giving them eight of MLB Pipeline’s top 100 prospects which also includes fellow outfielders Jarred Kelenic and Josh Rodriguez. That doesn’t even include Kyle Lewis, who could win AL Rookie of the Year this season. 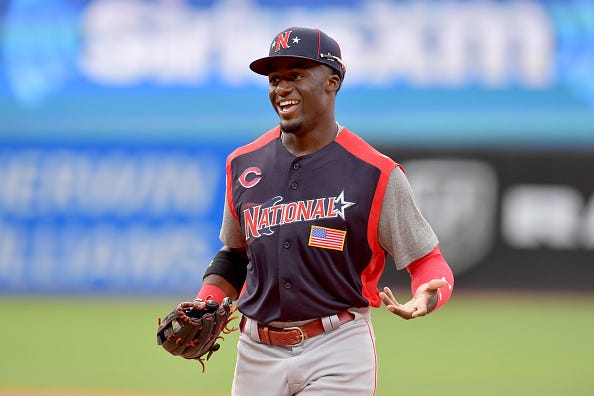 If Justus Sheffield and Justin Dunn can develop into frontline starters, the Mariners have a solid foundation to build a future contender.

Neither the Yankees nor Rays made any deadline moves, but the team chasing those two made a whole bunch.

The Blue Jays made one of the early moves of the deadline dealing for starter Taijuan Walker from the Mariners and added more onto that on Monday by trading for starters Robbie Ray and Ross Stripling, as well as infielder Jonathan Villar.

Ray has been a disaster this season, pitching to a 7.84 ERA in seven starts, but Toronto’s rotation has been decimated by injuries and they are taking a chance on the southpaw returning to form. They are also taking a chance on Stripling, who has struggled a bit as well this year, but has been pretty consistent throughout his career and should return to form, giving Toronto the necessary rotation depth to compete with the others in the AL East. 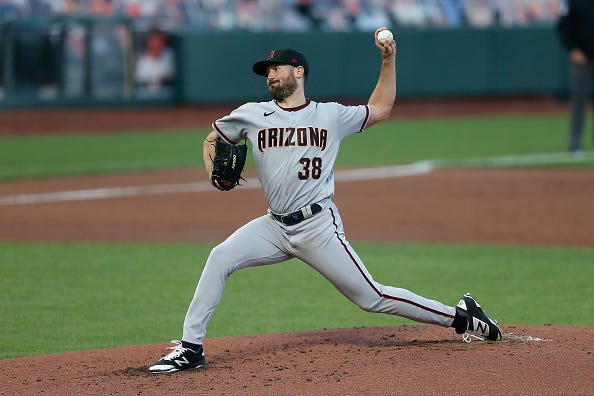 Villar gives them some infield depth, which should help fill the gap while they wait for Bo Bichette to return from the IL. The Blue Jays head into the final month of the season feeling much better about their chances than they did before.

The Red Sox were clear sellers ahead of the deadline and while they did not make any blockbuster moves, they did what they were supposed to do and shipped off veterans such as Brandon Workman, Heath Hembree, Mitch Moreland and Kevin Pillar to help with their rebuild. The Moreland trade even netted two prospects from the Padres who rank as top 20 prospects in the Red Sox farm system. 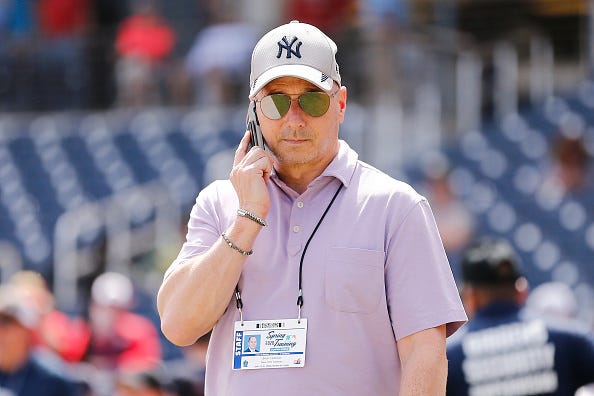 For the second consecutive trade deadline, Brian Cashman and the Yankees stood pat and watched several players they were linked to dealt elsewhere. Cashman has been very conservative about parting ways with talented players such as Clint Frazier and Deivi Garcia and he could very well be justified if he felt that price was just too high.

But the Yankees have been reeling of late. The lineup is depleted and the bullpen is underperforming. An extra arm or even a depth piece would have been a big boost to the team. Instead the Yankees are rolling the dice with what they have and pray they are healthy by October. They used the same approach last year and they were ousted in the ALCS by the Astros – who made a deadline move for Zack Greinke. We’ll see if this year is any different.

Injuries to Cole Hamels and Mike Soroka – the latter who is out for the rest of the season – have made pitching a priority for the Braves. They traded for Tommy Milone, who got shelled in his Braves debut for seven runs in 2.1 innings, and did nothing else.

The Braves may have a three-game lead in the NL East, but it is far from safe and with the moves made by the Padres plus the competition in the NL with the Cubs and Dodgers, the Braves are looking like a weak link among the division leaders of the NL.

The Indians certainly got quantity in their return on dealing Clevinger, but it does not come without plenty of risk. Clevinger was undoubtedly the team’s No. 2 pitcher behind Shane Bieber but they were unable to get any of San Diego’s top-four prospects out of it.

The did, however, manage to get the Padres’ No. 7, 9 and 11 prospects, so there is some upside there. Cal Quantrill could be a nice addition to the Indians’ pen and Josh Naylor is a young outfielder who is playing well and fills an urgent need for the club. Still, it feels like the Indians came up a bit short in dealing a frontline starter as a contender in this deal. 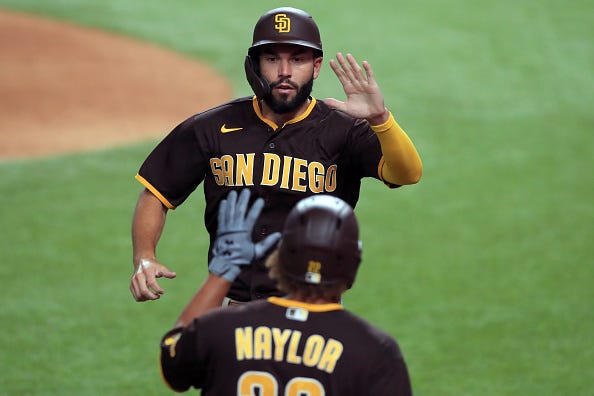 The White Sox are one of the biggest surprises in the American League this season as they stand tied in the AL Central with the Indians, but they didn’t make any moves. Whether or not their pitching is enough to get them through the final month of the season is still up for debate, but not adding an arm to the rotation or pen could prove costly for the White Sox.

The Cubs’ biggest question mark was their bullpen and they added two left-handed arms to the pen in trades for Red Sox pitcher Josh Osich and Andrew Chafin from the Diamondbacks. While both have struggled this year, Chafin has only pitched 6.2 innings so it is a small sample size and his career numbers against lefties have been strong – holding them to a .230 batting average and .616 OPS.

Chicago also added Cameron Maybin in a trade with the Tigers. Maybin has proven to be an excellent depth piece on contenders the last few seasons with the Yankees and Astros.

The Oakland A’s could not stand pat at this deadline and needed to do something, particularly with the starting rotation. Mike Minor is not a game-changing addition by any means. He is struggling this season and certainly comes with some risk, but the A’s need to at least take a chance on him and were able to snag the right-hander for a cost-efficient price. 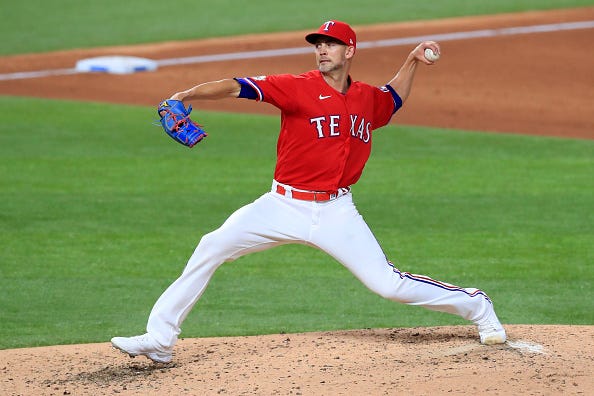 The A’s also dealt for Tommy La Stella a who could give them an offensive boost at second base, but dealing 24-year-old infield prospect Franklin Barreto for one month of La Stella may be worth second-guessing.

The Mets made a few last-minute deals that netted them Todd Frazier and Robinson Chirinos from the Texas Rangers and relief pitcher Miguel Castro from the Orioles. The Mets pen is a disaster with a struggling Edwin Diaz – who the team refused to trade – and Castro could fit into a reliable late-inning guy for them.

Chirinos has struggled mightily this season with an anemic .119/.224/.143 slash line and figures to be a backup to Wilson Ramos. Frazier is back in Queens and figures to fill in for an injured J.D. Davis. These were rather quiet moves for a team that is on the outside looking in at a playoff spot.

The Phillies made an early trade with the Red Sox for Heath Hembree and Brandon Workman and added some more depth to the bullpen with a deal for David Phelps with the Milwaukee Brewers on Monday. The question is whether that is enough and if they made the right decision to buy, especially with J.T. Realmuto’s free agency hanging over them. 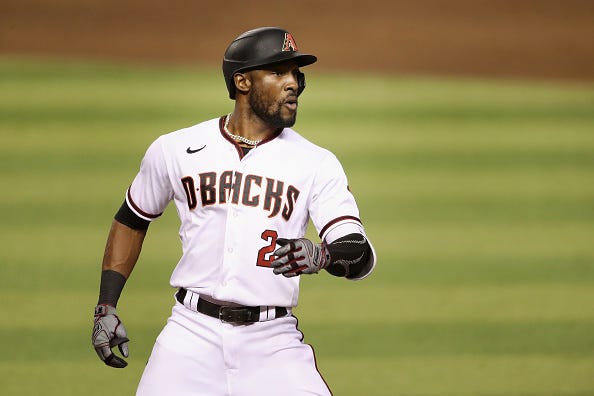 The Marlins made one of the more shocking deals of the day by trading for Starling Marte from the Arizona Diamondbacks and sending them pitchers Caleb Smith and Humberto Mejia. What made this even more peculiar is they traded away Jonathan Villar to the Blue Jays. The Marlins are certainly going for it with the Marte deal, but the Villar trade sends mix signals and a hard read on what they accomplished.

The Twins stood pat at the trade deadline, a somewhat questionable decision considering they are in third place in the AL Central. The team could have certainly added some pitching and injuries have dented their lineup, but if Mitch Garver and Josh Donaldson can return healthy the lineup shouldn’t be too much of a concern.