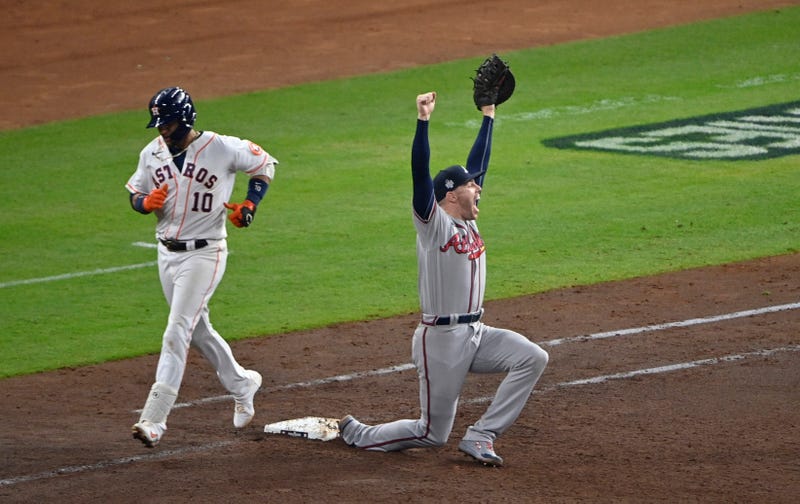 When Yuli Gurriel grounded what was eventually the final out of the 2021 World Series to shortstop, Dansby Swanson had two options for the out. He quickly looked to second base, but then opted to throw to Freddie Freeman at first.

"When I got to first and turned and he started throwing it to me," said Freeman. "I was like, oh, man, I'm going to catch the last out of the World Series. Pretty special."

Problem is, Freeman caught the final out of the NLCS and things didn't go quite so well. Freeman jumped in celebration and let the ball fly. He said he wasn't going to make the same mistake this time.

Freeman almost instantly shoved the baseball in his back pocket and went to celebrate. He hasn't told anyone where the ball went after that.

"It's hidden somewhere," said Freeman. "I think I'm going to give it to Brian [Snitker]. He means so much to this organization. He's put on every hat there is in this organization, and he was given the job in 2016, and we've delivered four division titles, a world championship, and now he has a Manager of the Year too. So it's a pretty good stint so far as Atlanta Braves manager for him."