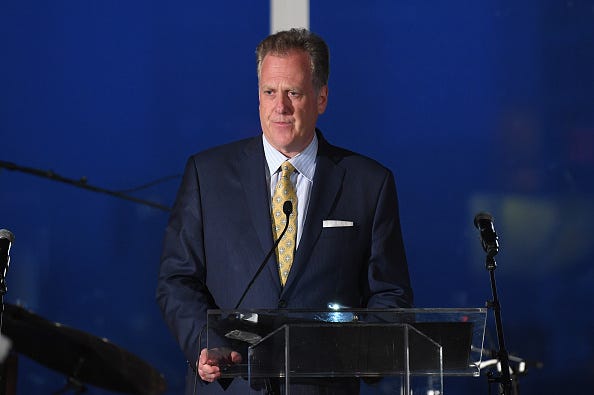 The New York Yankees returned someone from the injured list on Saturday, but it was not a player.

Yankees longtime play-by-play broadcaster Michael Kay was back in the broadcast booth for the YES Network for Saturday’s game against the Cleveland Indians after he had undergone vocal cord surgery to remove a nodule..

The surgery sidelined Kay, 58, for five weeks, and while he was excited to return to his job, the time away from the booth provided him with a different, perhaps even morbid, perspective upon his return.

“It makes you feel, not to get too philosophical, when people die the show goes on,” Kay said on the YES Network before the game. “Cemeteries are filled with indispensable people. So you sit there at home and you go, you know what, this can be done without me. So you get a little sad and wonder if you’re going to be able to come back.”

YES Network’s Ryan Ruocco mostly filled in for Kay as the network’s play-by-play guy while John Flaherty and Ken Singleton also filled in at time. Kay was cleared by his doctor to return to work on Tuesday, but the announcer’s voice kept cracking and decided to wait a few extra days.

“I was excited walking into [Yankee Stadium],” Kay said. “A little emotional, there’s some anxiety as well. You just don’t know if the voice is going to hold up.”

Kay, who has been calling games for the Yankees on TV and the radio since 1992, said he told manager Aaron Boone to try and have the team take it easy on him.

“Try to have the guys not hit six home runs,” he said he told Boone. “I’ve been told maybe don’t try to push it.”