Only two teams in baseball have a worse record than the 43-81 Texas Rangers, who are in the midst of what will be their fifth consecutive losing season.

However, it does sound as though a half decade of losing as been enough for the Rangers, with general manager Chris Young suggesting Monday that the organization is prepared to open its checkbook this offseason.

“With the financial flexibility we have moving into the offseason, I expect us to be very active in the free agent market, targeting players who fit kind of our next few years and what we’re trying to accomplish,” Young told the collective media, including Evan Grant of The Dallas Morning News.

Spotrac estimates that the Rangers have just $28.4 million in guaranteed financial commitments for the 2022 season, with the rest of their roster either eligible for arbitration or in their pre arbitration-eligible seasons. Considering that this was a team that spent more than $150 million on their payroll a season ago -- and the looming possibility of a salary floor as part of the new collective bargaining agreement that will have to be in place before the 2022 season -- it stands to reason that Young, Jon Daniels and the Rangers do plan to be aggressive this offseason.

What's interesting is that this upcoming free-agent class is highlighted by star shortstops. For as many needs as the Rangers have, shortstop probably isn't a major one. While Isiah Kiner-Falefa doesn't scare you much at the plate, the Rangers' incumbent shortstop has 17 defensive runs saved since the start of the 2022 season, the fifth-most among all fielders. Kiner-Falefa's presence probably wouldn't stop you from making a play for Carlos Correa, Corey Seager or Trevor Story this offseason, but all three would be downgrades defensively.

If shortstop isn't an area that the Rangers want to target, Kris Bryant, Freddie Freeman, J.D. Martinez and Nicholas Castellanos are among the other star position players that can become free agents this winter, though there's no guarantee that the former two reach the market, and the latter two would have to opt out of their current contracts.

Max Scherzer, Kevin Gausman, Noah Syndergaard, Justin Verlander, Clayton Kershaw, Carlos Rodón, Marcus Stroman and Zack Greinke can become free agents this winter, though some of those arms are eligible to receive the qualifying offer from their current employers. 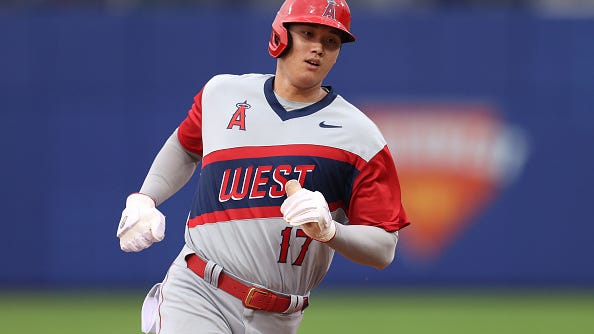