The NBA trade deadline is quickly approaching, and though it's been short of a frenzy to date, a couple of notable early swaps have set the stage for a potentially active final week or so.

The Mavericks confirmed they're all-in for this season, moving quickly last week to acquire Willie Cauley-Stein from the Warriors in the wake of Dwight Powell's injury. As well, the Blazers and Kings swapped ill-fitting veterans in a trade that sent Trevor Ariza to Portland and Kent Bazemore back to Sacramento.

These aren't game-changing moves, but they'll have to do until things really heat up. Here are five major trades that could still transpire prior to the February 6 deadline. 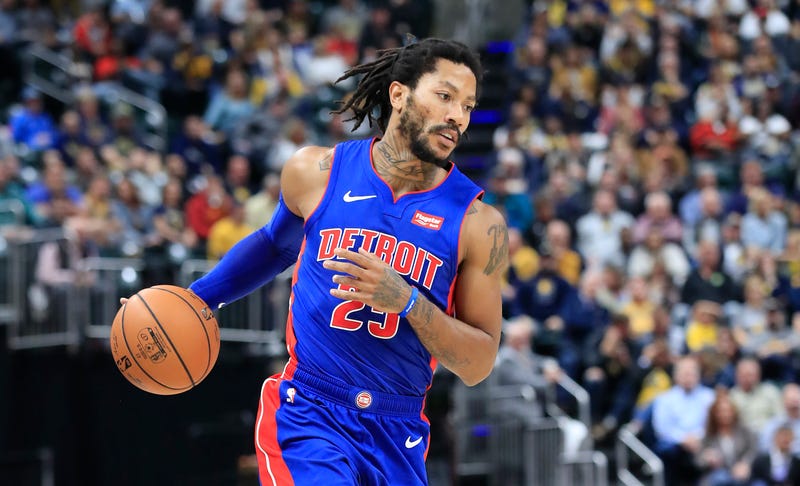 Derrick Rose is under contract through 2020-21. Photo credit Getty Images

Rose has stabilized his career with two consecutive productive seasons as an offensive dynamo coming off the bench. Fewer minutes and occasional rest have proven to be the fountain of youth for the 11-year veteran. His two-year, $15M contract with the Pistons looks like a bargain and a great signing, so they shouldn’t be in any rush to dump him.

A first-round pick and an expiring contract might get the job done, though. The Pistons are going nowhere, and Rose is far more valuable to them bringing back assets than anything he can contribute on the floor. Detroit would be wise to cash in at the height of Rose's value, especially given his injury history. To make the money even out in this deal, Dallas also receives a useful veteran big who can shoot the three in Markieff Morris.

As mentioned above, the Mavs have already made one deal ahead of the deadline, and owner Mark Cuban has previously expressed his admiration for Rose. What's to stop the famously aggressive Cuban at one trade? 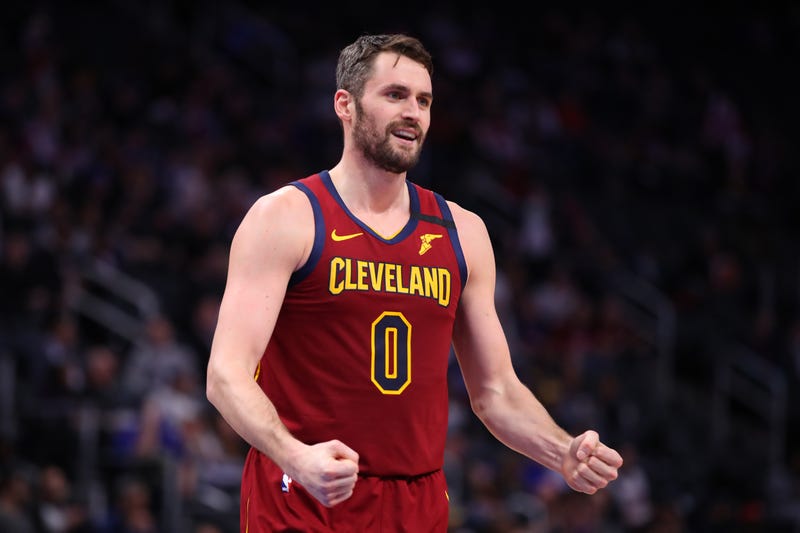 Kevin Love could be on the move after six seasons in Cleveland. Photo credit Getty Images

Whiteside is a prime trade candidate, producing gaudy numbers in his walk year on a struggling team. The 30-year-old leads the league in blocks by a healthy margin and is pulling down his usual oversized share of boards. The trouble is finding a trade partner to take on his equally oversized expiring contract and old-school post game, which some teams view as passe.

Enter the Cavs, who have their own big man to unload in Kevin Love. Love’s strangely timed extension with the Cavs after the departure of LeBron James two offseasons ago has predictably not aged well for Cleveland, which is in the midst of a rebuild. Love's contract runs through the 2022-23 season.

In this deal, the Blazers add Love to their nucleus for this season and two more, at the cost of a first-rounder. It’s not cheap, but Love isn’t a rental, and his arrival would be insurance for Jusuf Nurkic, who has missed the entire season to date while rehabbing compound fractures in his leg and remains without a firm timetable for his return. 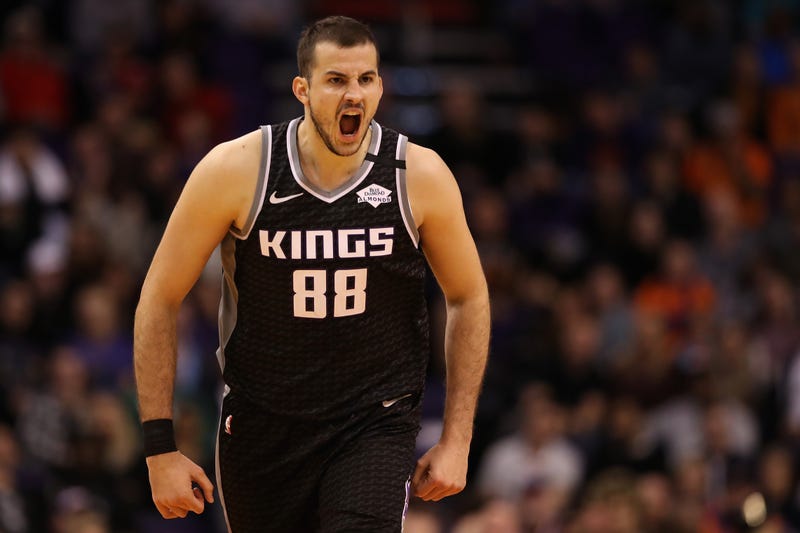 Nemanja Bjelica is enjoying a career year with the Kings in his fifth NBA season. Photo credit Getty Images

Bjelica has quietly put together a fine season despite a miserable year for the Kings, posting career highs in minutes and points, as well as shooting and three-point percentages. The 31-year-old former EuroLeague MVP’s contract includes a $7.15M club option for next season, which looks like a no-brainer for whichever team employs him at season's end.

In this deal, the Clippers would get a combo forward in Bjelica who can shoot the three and might even play center in small-ball lineups. Los Angeles also takes back Dewayne Dedmon, who has been a major flop in his first season in Sacramento and was recently fined for requesting a trade. Dedmon has two years left on the three-year, $40M deal he signed last offseason, a deal the Kings would surely be happy to be rid of.

In exchange, the Kings acquire Maurice Harkless’ expiring contract and Ivica Zubac, a solid and possibly underrated center who has been productive in limited minutes over the past two seasons. Zubac is under contract for two more seasons with a club option for a third. The 22-year-old would be a nice rotation piece for the Kings as they move on from the Dedmon debacle, with a non-zero chance of developing into something more. 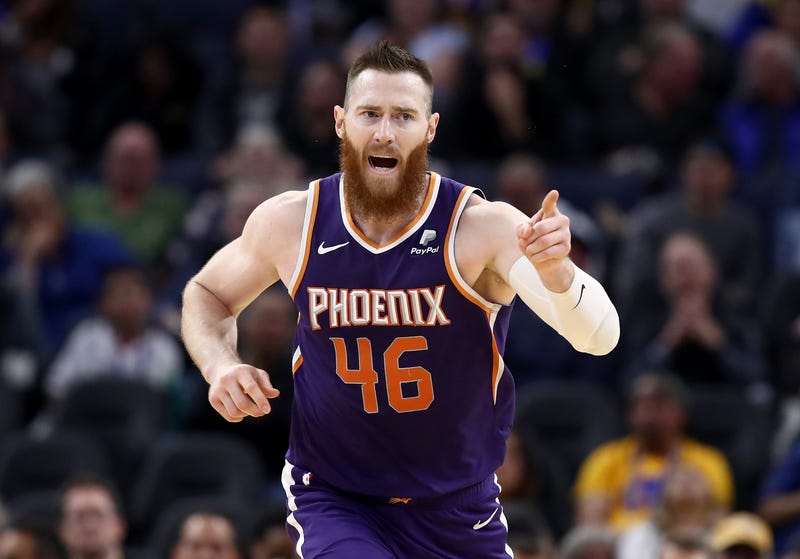 Aron Baynes is posting career highs in minutes, points and rebounds with the Suns this season. Photo credit Getty Images

Denver’s front court has been hit hard by injuries of late, with Paul Millsap and Mason Plumlee joining guard Jamal Murray on the sidelines.

Baynes isn’t the sexiest name out there, but he continues to carve out a role for himself in the NBA at age 33 after languishing as a low-minute reserve during his first few seasons. Baynes is a rugged interior player with surprising three-point range. He was looking like a breakout star earlier this year while soaking up minutes left behind by Deandre Ayton’s suspension, but an injury and sluggish return dampened some of the enthusiasm.

Still, Baynes is a useful player on a one-year, $5.45M contract. He’s worth little to Phoenix in what is looking like another season outside the playoff picture. In this deal, the Suns get back Beasley and Hernangomez, two talented young-ish players in the final years of their rookie contracts. In essence, Phoenix would be trading the right to rent Baynes for a half-season in exchange for a half-season of glorified tryouts for Beasley and Hernangomez. 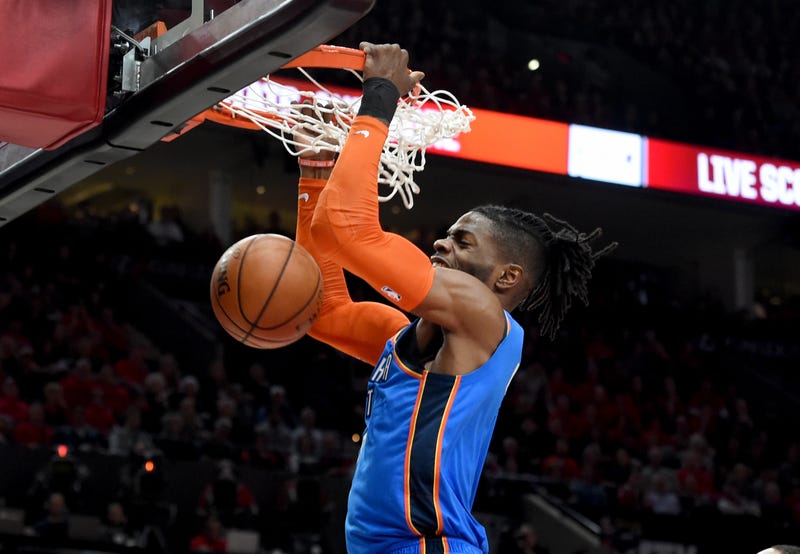 Nerlens Noel of the Oklahoma City Thunder throws down a dunk in a recent game. Photo credit Getty Images

The Celtics’ cap situation makes it tricky for them to trade for a productive veteran without dealing away one of their rotation players. They are arguably most in need of a stretch-four to space the floor and shoot threes, but aside from Bjelica and Davis Bertans, whom the Wizards reportedly aren’t keen on trading, there aren’t many affordable and realistic options out there.

Noel is more of a traditional power forward/center. He’s a gamewrecker on the defensive end, and mostly limits his high-efficiency, low-volume offensive game to putbacks and pick-and-roll finishes. The former No. 6 overall pick has a long history of injuries but has proven highly effective in 20-minute bursts with Oklahoma City the last two seasons.

Noel is a free agent after this season, when his modest one-year, $2M deal expires, and could be a difference-maker on a contending team right now. Williams projects similarly as a defensive dynamo with limited offensive upside at the center position, but his development has been slowed by injuries on a win-now team.

In this deal, Boston would essentially be trading Williams, who has a similar skillset as Noel and is under contract for two more years, for a half-season rental of the real deal.