Don't count Lakers standout Anthony Davis among the many NBA stars who aren't so sure about the league's new playoff format.

"It's been fun, to be honest," he told reporters, per ESPN. "We were a great team last year, and this is the first time since I've been here that we ran into a challenge. This is a different challenge for us." 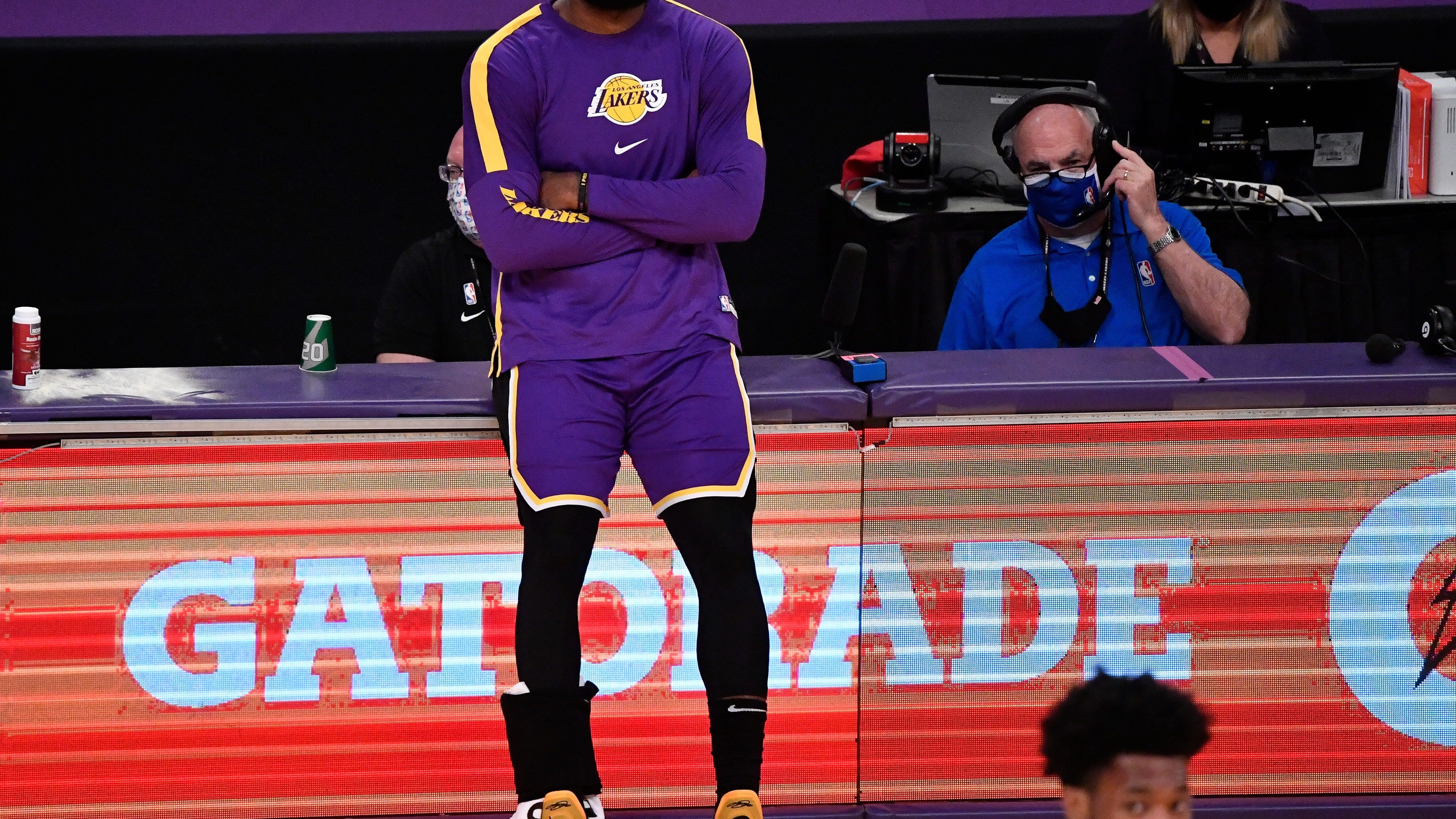 LeBron rips NBA's new playoff format: 'Whoever came up with that sh*t needs to be fired'

Davis, an eight-time All-Star has the Lakers stage to himself, with league icon LeBron James sidelined indefinitely by a lingering high ankle sprain.

The Lakers' title defense was cruising right along until Davis and James were both sidelined for substantial chunks of time in the second half of the season. Davis has returned, apparently at full strength, but James played in just two games before missing the Lakers' last four.

Amid the frustration over the Lakers' apparently dwindling chances at repeating as champions, James unleashed on the new playoff system, declaring last week that "whoever came up with that shit needs to be fired."

In publicly bashing the league's new initiative, James joined Luka Doncic of the Mavericks and Draymond Green of the Warriors. Doncic suggested the play-in was pointless, while Green, a three-time champion, said it was difficult for him to be excited about the prospect of playing in the short series.

James -- who head coach Frank Vogel said was on the verge of returning to the Lakers lineup -- may not be much of a fan of the play-in, but Davis actually seems to be embracing the role of underdog for the Lakers.

"They know that just because we're a lower seed we're not going to back down from anybody, we're going to come out and play Lakers basketball, and I think teams know that and feel that as well."

The Lakers were in seventh place in the Western Conference through Sunday's action, with four regular-season games remaining. They were next set to face the Knicks on Tuesday in Los Angeles.