We interrupt your Ben Simmons trade watch with... other Ben Simmons stuff. This time, we're looking at where ESPN's panel of NBA experts placed the polarizing point guard in their annual rankings. Last year, he came in at No. 16, but his pitiful playoff performance and tumultuous offseason were bound to affect his ranking negatively, and that was exactly the case.

His spot on the list just may not have been affected as much as you'd think.

Simmons did fall a dozen spots, which isn't an insignificant amount, but it keeps him within the top 30 and just outside the elite tier of the league's 25 best players. Here's what ESPN senior writer André Snellings had to say about why he fell and why he ranks at No. 28 this time around:

Simmons made major strides as a defender last season and turned in a two-way impact that measured 17th in the NBA, according to RPM. However, his limitations as a shooter and the resulting apparent lack of confidence came back to haunt him and the 76ers in the playoffs.

RPM stands for "Real Plus-Minus" and is defined as a "player's estimated on-court impact on team performance, measured in net point differential per 100 offensive and defensive possessions... (and) takes into account teammates, opponents and additional factors." One has to wonder — or maybe it's just me — if having an atrocious mental game falls into the category of "additional factors," but that's a story for another day. And Simmons did indeed rank at No. 17, though Devonte' Graham ranks at No. 15 and Luka Doncic ranks at No. 28, so maybe it's not the best catch-all stat in the book.

How does No. 28 sound for Simmons' ranking? It's so hard to say — ranking NBA players is by no means an easy exercise, or one that will likely have a consensus among experts. If you ask some Philly fans, Simmons making the top 100, let alone the top 30, is a laughable offense after his performance down the stretch last year. Then again, a more rational and statistic-based approach will bring you different findings. It might be a better question to ask who's around Simmons on the list, and there you'll see some interesting names, including: 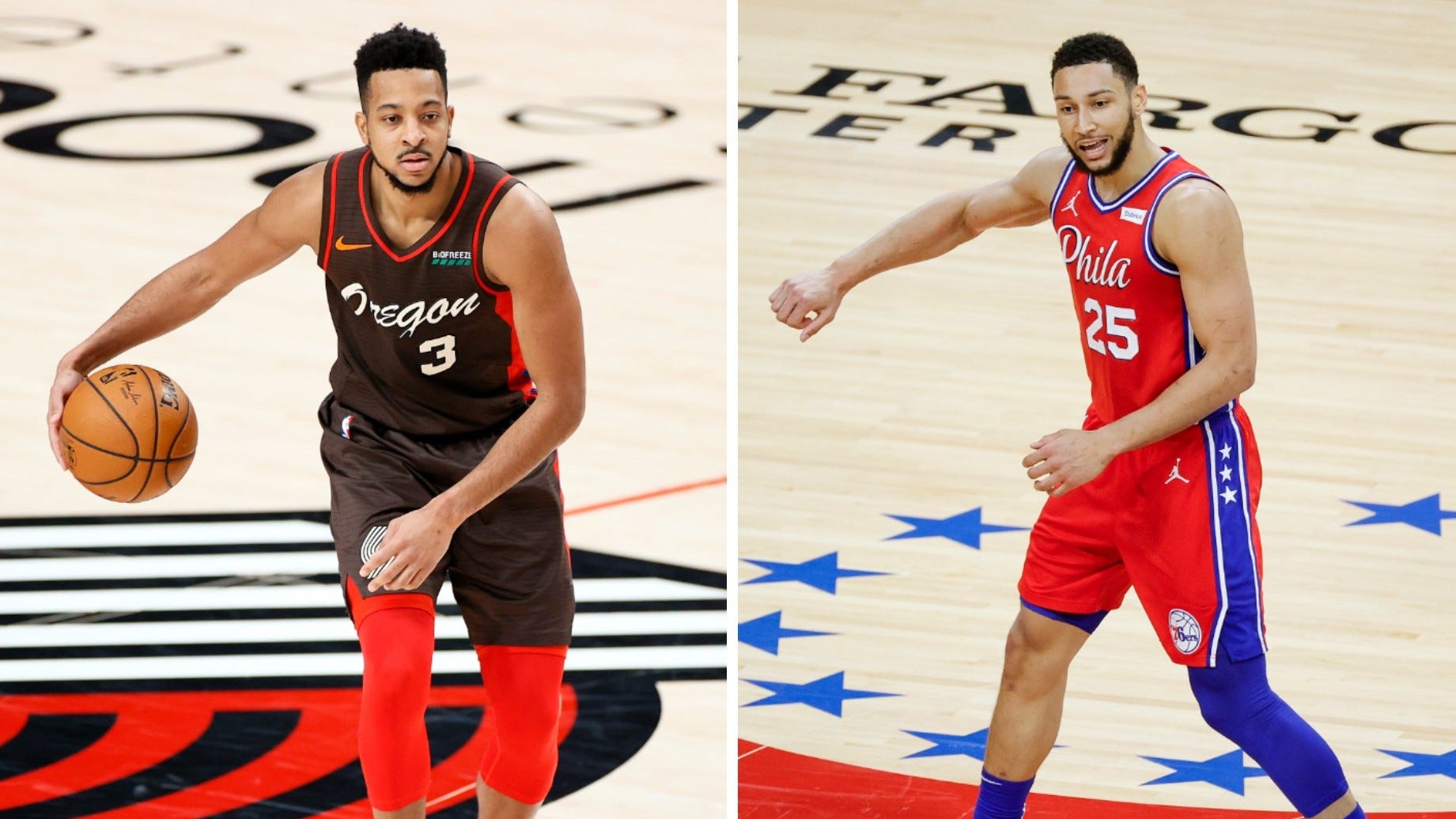 I'll end my talking there and let the debates/arguments unfold from here. Is his ranking too high? Too low? Are the players around him in the right/wrong spots?