Former NBA player Charles Oakley made an appearance on The Bill Simmons Podcast and discussed the current relationship status between Michael Jordan and Scottie Pippen.

"No, I think it’s over,” Oakley said about Jordan and Pippen’s relationship d “It wasn’t great from the get-go.”

Before going into more details regarding Jordan and Pippen's recent relationship gripe, Oakley discussed why he thinks Scottie had such an issue with 'The Last Dance' documentary and how it depicted him.

“I think they covered Dennis Rodman more than Scottie — and Steve Kerr in ‘The Last Dance,” Oakley said. “But my thing to that is, Kerr did way more off the court than Scottie. Dennis probably has, too. But on that court, Scottie did a lot more than both of them, but Scottie felt like he was left out of there. And he felt like Jordan wouldn’t have six rings if it wasn’t for him.”

Pippen, who willingly participated in the documentary, made it well known that he had an issue with how he was portrayed. In his new book 'UNGUARDED' Pippen criticized Jordan’s leadership skills, among other things. The Bulls legend goes so far as to say there wouldn't be a “Last Dance” documentary without him, let alone six championship banners hanging from the United Center rafters. 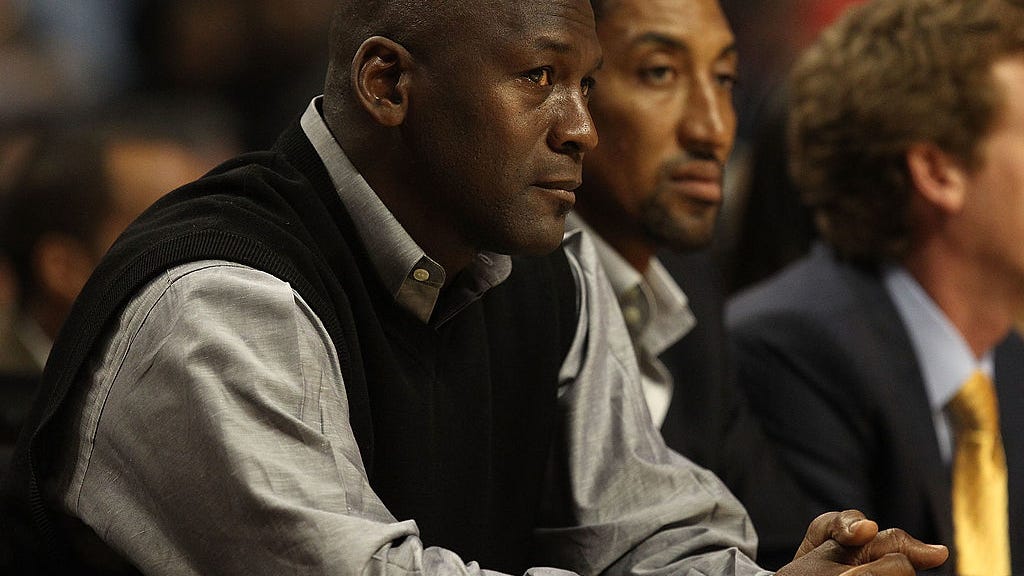 Scottie Pippen slams Michael Jordan in new book over 'The Last Dance: ‘I was nothing more than a prop’

Oakley continues talking about MJ and Pippen, claiming that during their time together in Chicago, Jordan was always showering praise towards Pippen and never talked down to him.

"[Jordan] always praised Scottie, always praised Scottie. He never talked down about him, but I don’t know what happened since ‘The Last Dance.’ It seems like things just — he probably said, ‘OK, Scottie said this stuff about me. OK, I’m not gonna say nothing.’ He’s not gonna say nothing back in the press, none of that, try to go back to Scottie. He’s just gonna keep doing what he’s doing — play golf, fish, relax and smoke cigars.”

One thing that's for sure, something took place between the two of them. Whether it was 'The Last Dance' documentary that cause their riff or something else, their relationship seems to be at the point of no return.

In fact, Jordan was the presenter for Pippen when he was inducted into the Basketball Hall of Fame in 2010. A few years later, Pippen was a participant in a charity even thrown by Jordan.

Despite their long history together, it seems like we will never see Pippen and Jordan hugging it and reconciling anytime soon.