By Josh Clark, Eric Brooks, and Greg Wong, 95.7 The Game and KCBS Radio

SAN FRANCISCO (95.7 The Game) - Draymond Green, one of the leaders in the Warriors locker room, is standing behind his teammate Andrew Wiggins, who is reportedly unvaccinated against COVID-19.

Green said Thursday that he doesn't believe it's his place to push the vaccine on Wiggins or anybody else who doesn't want to be vaccinated.

“I’m not in any position to go tell him what he should or shouldn’t be doing.”

Wiggins declined to reveal whether he would receive the COVID-19 vaccine and remained vague about his current status during the team’s media day on Monday. The NBA decided against Wiggin's request for a religious exemption on Sept. 24.

"And for someone who's not extremely into politics, when you make something so political and not everyone is into politics, then you can also turn those people off," Green said. "I think you have to honor people's feelings and their own personal beliefs. And I think that's been lost when it comes to vaccinated and non-vaccinated. ... You say we live in the land of the free -- well, you're not giving anyone freedom because you're making people do something essentially without making them, you're making them do something. And that goes against everything America stands for, supposedly stands for.

"I'm not in any position to tell him what he should or should not be doing," Green continued. "And as a leader of his team, I'm not going to go to him and say, 'Hey man, we really need ... .' No, you do what you feel. I'm not going to go and ask him did he get a polio vaccine? So why would I go ask him if he got a COVID vaccine? ... It's not my place or my business on whether he gets vaccinated or not -- it's your own personal choice at the end of the day what you do with your body. It's not my place to tell him what he should or shouldn't do with his. Because he's not going to come tell me what I should do with my body."

Due to local ordinances put in place by the San Francisco Department of Health, Wiggins would be ineligible to play during the team’s home games at Chase Center this season if he isn't vaccinated.

The city requires all patrons age 12 and older, including players or performers, at "large and mega indoor events," such as Warriors games at the 18,000 seat Chase Center, be fully vaccinated against the virus. Unvaccinated individuals are forbidden from entering the premises and cannot test out of the requirement.

Warriors general manager Bob Myers did not directly comment on Wiggins or any players’ vaccination status, however he said, "I'm optimistic come the first game at Chase (Center) we'll have our full complement of players (available).”

"I haven’t spent any time thinking about that, nor will I," he said regarding Wiggins’ situation. "We’ll see how everything plays out and we’re hopeful that it all is resolved in another couple of weeks. We’re going into camp tomorrow with a plan to have everyone out on the floor." 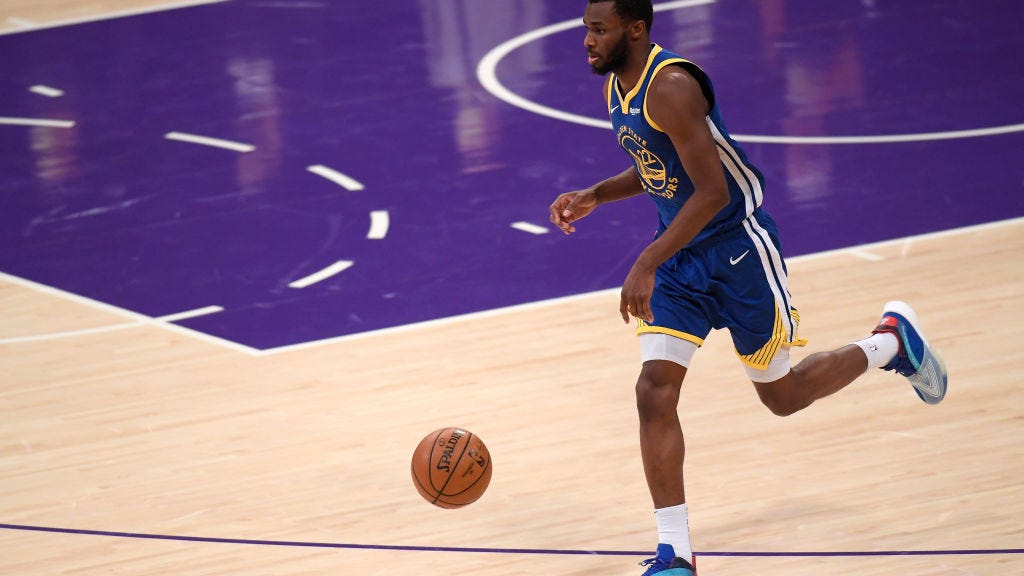 'It's none of your business': Wiggins mum on vaccine status, Warriors staff hopeful