Steph Curry is not the only elite point guard LeBron James has tried to recruit.

He apparently tried to lure Damian Lillard to Los Angeles, too.

Former NBA GM Ryan McDonough revealed this nugget on Thursday during the “Audacy NBA Show,” explaining to Brian Scalabrine that news of James recruiting Curry is not all that shocking.

“LeBron James has recruited superstar point guards before, who were under contract with another team,” he said. “We mentioned Steph Curry, but LeBron recruited Damian Lillard a few years ago, quietly, behind-the-scenes — I think it was in 2018 shortly after LeBron signed in LA with the Lakers.

“Damian Lillard… is one of the best players in the entire league, an MVP candidate, is very loyal to Portland and the Trail Blazers. But LeBron did recruit him, Scal, my sources tell me LeBron reached out to Lillard and said, ‘Hey, join me in LA and come play for the Lakers’ and Lillard obviously refused.”

Lillard, who was 27 at the time, was under a five-year, $140 million rookie extension at the time. Obviously, the All-Star point guard showed his commitment to Portland when he inked a four-year, $196 million extension with the team in 2019.

James certainly could have used the help his first season with LA. While injuries limited him to just 55 games, the team went 37-45 and finished 10th in the Western Conference.

He finally got his star in Anthony Davis the following year, which led to an NBA title.

While Curry would not become a free agent until after the 2021-22 season, he is eligible to sign an extension with the Warriors this summer, hence why James is reportedly reaching out to him now.

Scalabrine added that James is absolutely right to try and recruit these guys to join him. 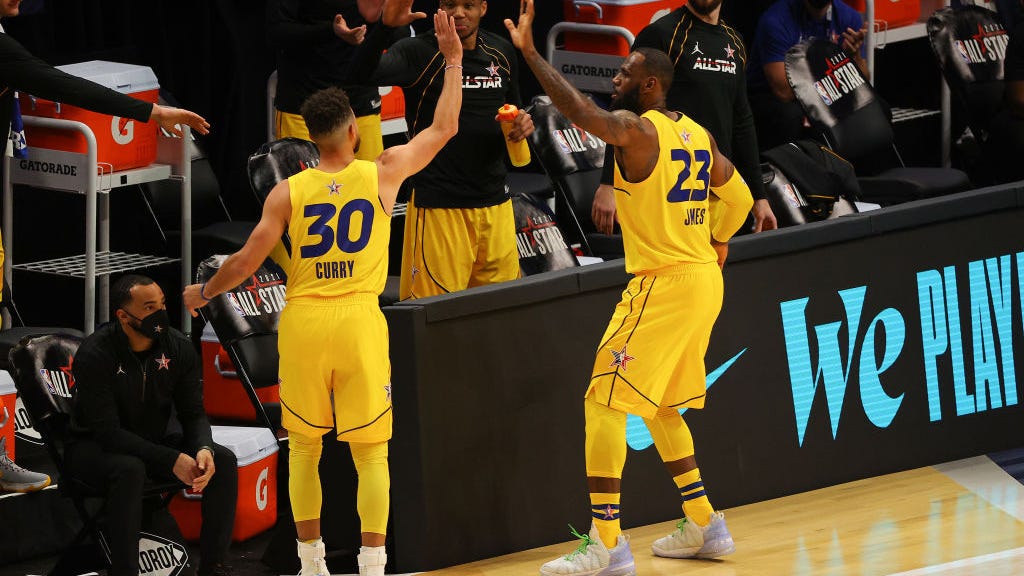 Windhorst: ‘LeBron has obviously begun (the) recruiting of Steph just in the event that he wouldn’t extend’