By Jordan Cohn, RADIO.COM
Updated on

Just one aspect of the beauty of March Madness is that so many young, aspiring athletes get a chance to play on the big stage. Only one team out of 68 is left cutting down the nets at the end of each year, though, meaning that this could be the one chance any given player gets at a national spotlight.

It’s hard enough to make it all the way to the NBA, let alone go to a big-time playoff game in a lead role once you’re there. DeMarcus Cousins, for example, played in four tournament games in one year of college basketball. It took him nine years to even make one playoff game in his NBA career.

But here at RADIO.COM, we like to give all former college stars a chance in our hypothetical NBA March Madness breakdown. Which colleges have the best NBA representation? Which schools produce the most alumni? Who would put together the strongest team? VOTE in our bracket below! If last year's results were any indication for this year, Duke could come out on top once again.

In order to qualify, there must be at least five active NBA players to represent the college. Teams are ranked by both quality and quantity of players. Let’s find out who comes out on top. 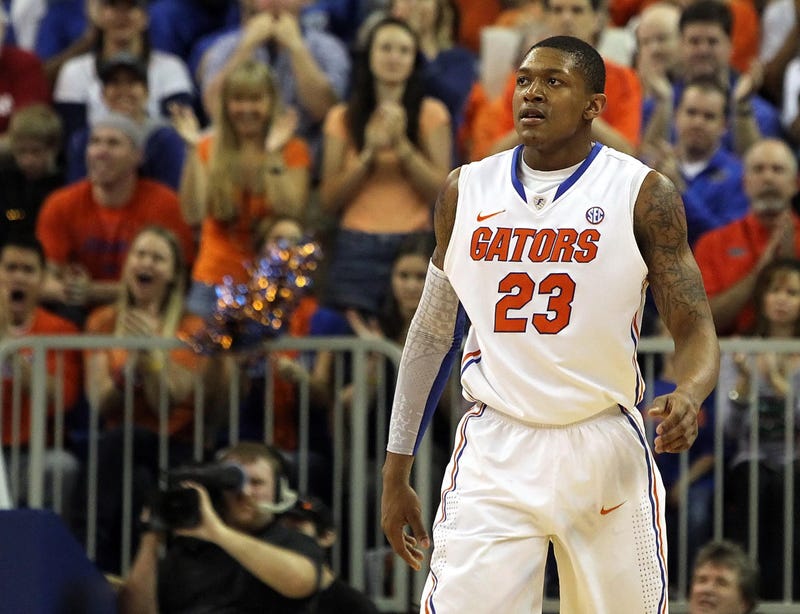 The tragic car accident that left former Gator Chandler Parsons with severe injuries makes Florida a bubble team in the tournament. Bradley Beal has completely put the Wizards on his back and though they're not a good team, he should be proud of his accomplishments to this point. Averaging 30 points per game, no matter the circumstances, is an impressive feat.

Beal gets veteran help down low from Al Horford, and Dorian Finney-Smith is a starter on a good team, but the roster doesn't offer much else. 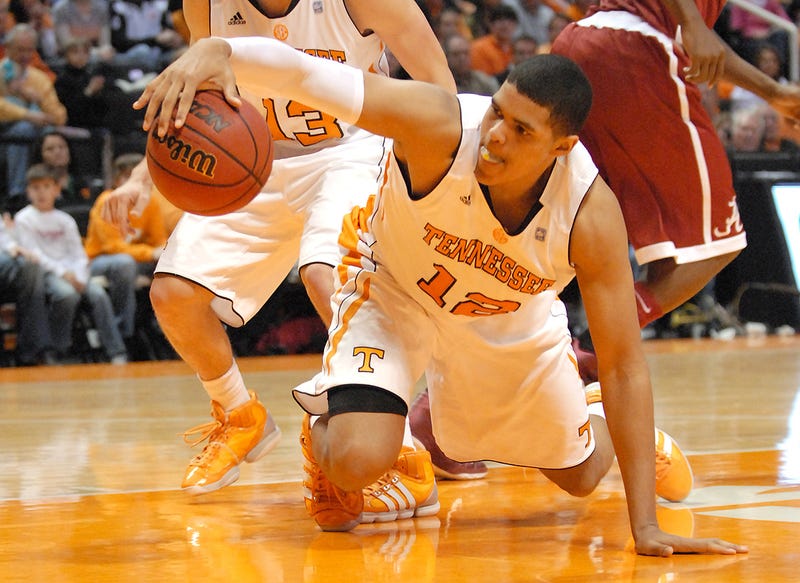 Tobias Harris reaches for a ball while playing for the Tennessee Vols. Photo credit USA Today

The Vols have built-in chemistry not only in college, but in the duo of Tobias Harris and Josh Richardson — undoubtedly the leaders of this squad. McRae enjoyed some really solid appearances with the Wizards earlier in the year, including a 35-point outburst against the Blazers, but has since seen his role become diminished in Denver.

Schofield, Williams and bench presence Jordan Bone are all raw and unproven at 22 years old or younger, but the three have shown glimmers of potential. 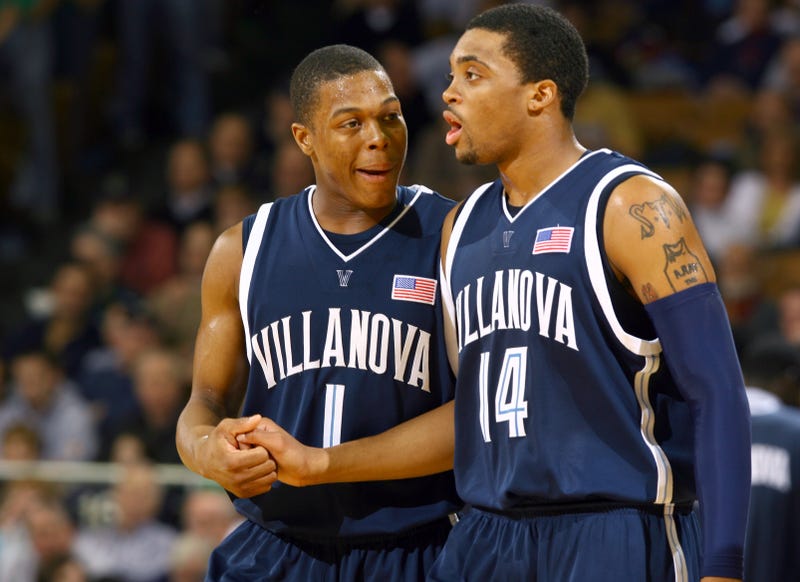 Although Nova is the bottom seed in this faux NBA March Madness tournament, they’ve got to be feeling pretty good about their talent. Kyle Lowry played a huge role on a fairly shocking Finals team just last year, but unlike those Raptors, there’s no Kawhi Leonard or Pascal Siakam in sight on this roster.

Instead, there’s a young supporting cast, all of whom are 23 years old or younger (including bench weapon Jalen Brunson) and whom have found success in the NBA at an early point in their careers. Paschall and Spellman have boosted stats given the lack of talent in the Golden State lineup, but Donte DiVincenzo has broken into a stacked Bucks roster and Mikal Bridges eats up several minutes every game in Phoenix. 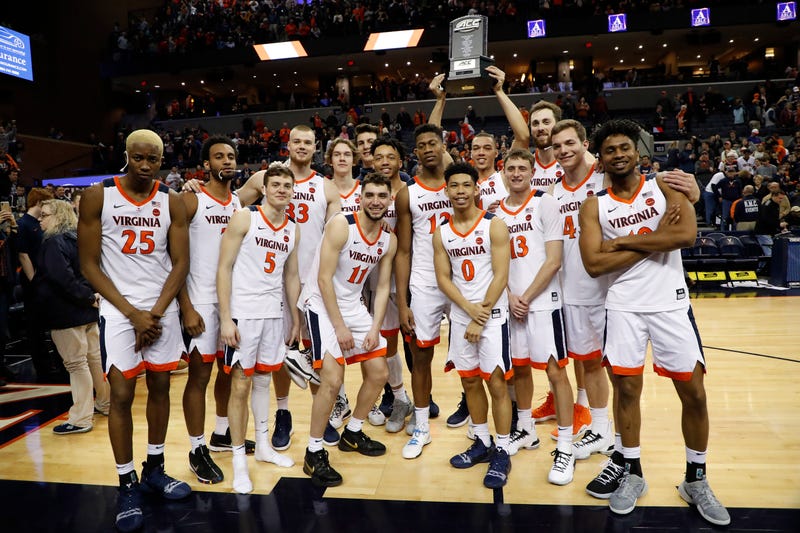 A three-and-D team through and through, Malcolm Brogdon will be the undisputed leader and ball-handler of this squad.

Joe Harris and De’Andre Hunter are double-digit scorers and are viable threats from beyond the arc, but Hunter, Mike Scott and Ty Jerome have not done much to impress this season. The team also lacks depth in a pretty big way. 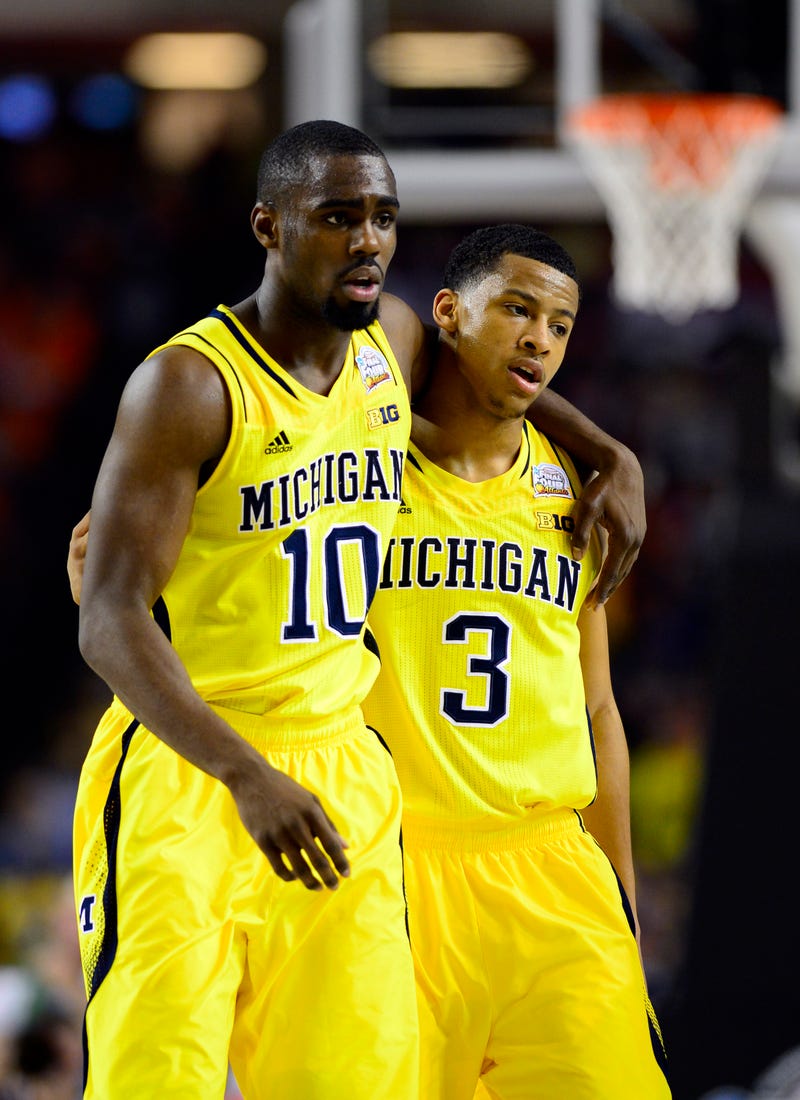 Beware the three ball when you play against the NBA iteration of the Wolverines, as all five members of the starting lineup convert opportunities from deep at a solid clip. Duncan Robinson leads the way at 43.4 percent, while big man Mo Wagner does it at 35.4 percent, albeit in a much smaller quantity.

Trey Burke is a good bench scorer who adds onto that three-point barrage, and he, like the rest of Michigan’s grads, will need to rely on his accuracy if this team wants to have make a run. 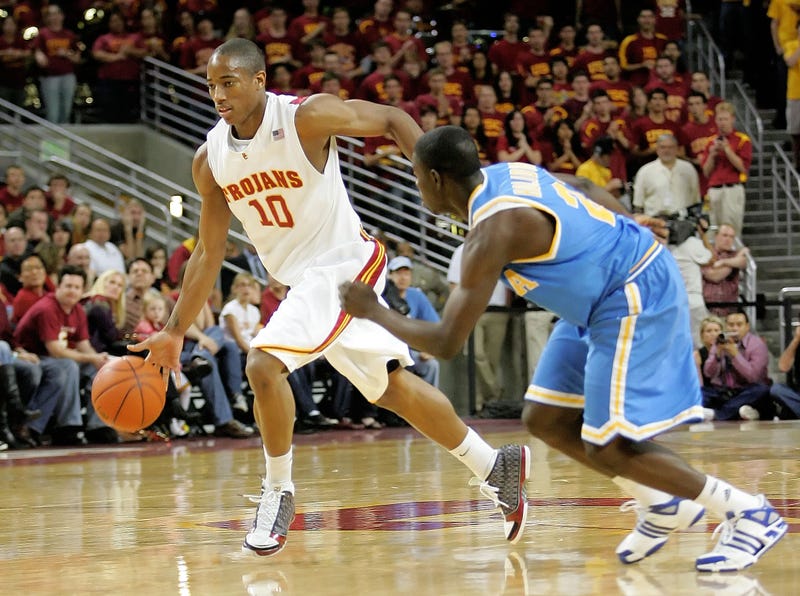 A nice blend of veterans and youngsters make up the NBA Trojans, but the impact players are the two older guys on the roster. DeRozan and Vucevic aren’t necessarily the centerpieces of their respective teams, but they are certainly go-to options and would probably play together similarly to how they play in their current situations: chipping in around 40 points per game as a duo.

Porter, Melton and McLaughlin are all budding pieces of the roster who have found solid roles with their current teams despite late draft positions. Porter went at the end of the first round in 2019, Melton fell to the middle of the second round in 2018 and McLaughlin went undrafted.