For the first time in over 50 years, the Detroit Pistons will select before any other team in the draft, proudly boasting the first overall pick in 2021. They'll likely select Cade Cunningham out of Oklahoma State, a true all-around player with an All-NBA ceiling and all of the qualities that you want to build around. And they should be excited. Really, really excited.

So, no matter what draft selection your favorite team has, you can't count out the possibility that a franchise superstar will be available, be it at first overall or 60th overall. But how has each team done historically when they've picked in their 2021 draft positions? All but two teams — the Orlando Magic at No. 8, and the San Antonio Spurs at No. 12 — have held their 2021 spot in another draft, and we'll look at the most recent selections for all 30 slots on the board for the teams in those positions.

All information and stats retrieved from Basketball Reference. 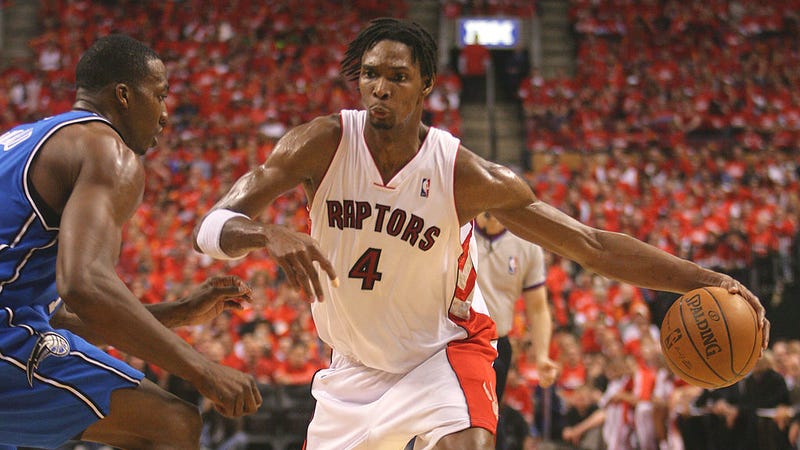 It was a while ago, but it still holds up as one of the best picks in Detroit Pistons history. Even if some of the names that went soon after — Pete Maravich and Dave Cowens among them — were great players, Lanier is perhaps the greatest big man the franchise has ever had.

Coincidentally, the only time the Rockets have drafted at No. 2 was in the same year that the Pistons drafted at No. 1. Then the San Diego Rockets, the team's decision to draft Tomjanovich provided them with a perennial All-Star and some successful seasons, including the 1976-77 Eastern Conference Finals run.

The Cavs have been at or near the top of the board a bunch in recent years, but the only time they've picked at No. 3 was in 1972. Davis was a middling forward who was traded after three seasons in Cleveland.

Part of perhaps the most famous draft class in history, Bosh landed north of the border at No. 4 after LeBron, Darko Milicic, and Carmelo Anthony were off the board. Though you can nitpick and say that Dwyane Wade was the more impactful player at No. 5, it's hard to actually argue that Toronto didn't hit a home run here. They had success at the No. 4 slot earlier on, too, when they selected Antawn Jamison in 1998 — and then traded him for the No. 5 pick, Vince Carter.

In the middle of a fairly weak group of lottery picks — one that was salvaged by the No. 13 selection of Devin Booker by Ryan McDonough — the Magic went international star Mario Hezonja. It's safe to say that it didn't pan out, as the 26-year-old has still failed to find his NBA footing. A better pick was when Mike Miller went to Orlando with the No. 5 pick in 2000 and turned out to be the second most valuable selection, in terms of win shares, in an underwhelming class. 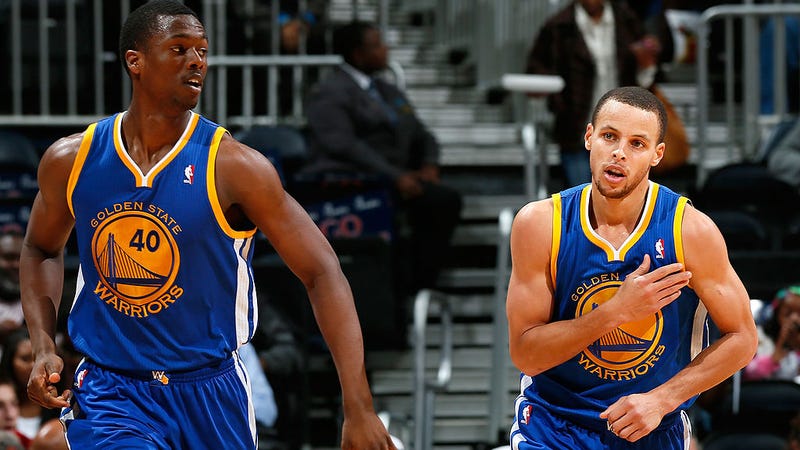 The Warriors are trying to strike similar magic at No. 7 as they have in the past. Photo credit (Kevin C. Cox/Getty Images)

This pick didn't pan out, though when the Sonics had the No. 6 selection eight years earlier, they made the most of it with Fred Brown. Brown was an All-Star and was on the 1978-79 championship roster.

Barnes is a fine player and was a nice pick in 2012. But rewind two years and you'll see that the Warriors selected some dude named Stephen Curry in the same slot and... yeah. Must I go on? Okay, fine. They also had the No. 7 pick in 1985, and used it on Hall of Famer Chris Mullin. There's reason to be excited about this pick in the Bay Area.

The Magic have never selected at pick No. 8, but since their 2021 selection here came via the trade with the Bulls, we can look at the most recent No. 8 selection in Chicago. That was Olden Polynice in 1987, who was promptly traded to Seattle on draft night for a fellow rookie named Scottie Pippen.

It's hard to stand out when you're in the same draft class as Hakeem Olajuwon, Michael Jordan, Charles Barkley and John Stockton. But Thorpe was a perfectly acceptable pick here for the Kings, ranking fifth in the class in win shares behind those four giants of the game.

The only time prior to 2021 that New Orleans selected at No. 10 was when they landed Rivers. Considering no one of any real significance was taken in the next ten picks, it wasn't a horrible selection, but it also didn't do much for the franchise's future. He was traded in 2015. 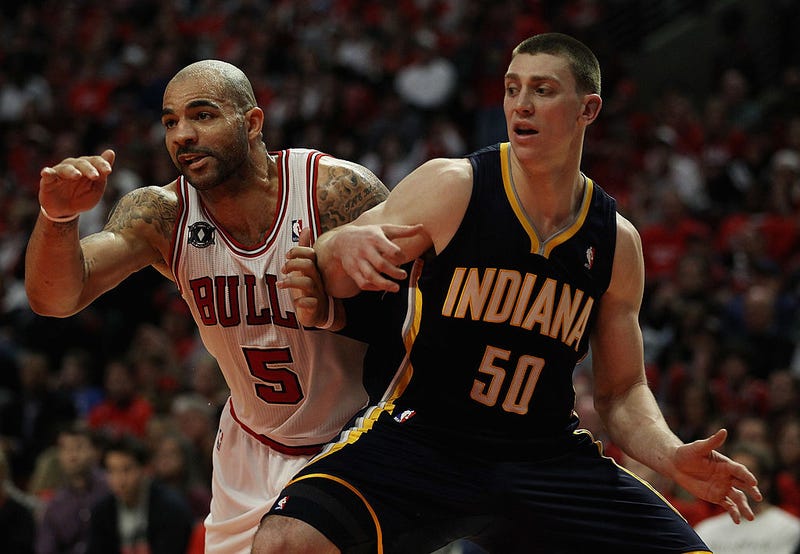 Though Miles Bridges has become a fan favorite — if only because of his emphatic slam dunks — the Hornets probably wish they hadn't traded SGA away right after drafting him. He's bound to be an All-Star soon, especially after the 2020-21 season saw him post 23.7 points per game. Charlotte also had the No. 11 pick the year prior, using it on explosive scorer Malik Monk.

San Antonio has never selected at No. 12, but they do have a former No. 12 pick on their roster in Trey Lyles. The Jazz picked him there back in 2015, and he's a solid bench presence who can contribute in a number of ways.

The Pacers are hoping for a better turnout this time around, seeing as Psycho T's unforgettable career at UNC turned into a completely forgettable NBA stint. One-time All-Star Dale Davis was also a No. 13 pick for Indiana, back in 1991, though why he was an All-Star remains something of a mystery.

More reason to be excited for the Warriors' prospects in the 2021 NBA Draft, but it's not because of Randolph. It's because in 1999, five-time All-Star Tim Hardaway fell to the Warriors at No. 14, making him one of the best value picks of that year.

After a mini bubble breakout at the end of his sophomore 2019-20 season (15.3 points, 7.3 rebounds, 4.5 assists per game in eight contests), Brown came back down to earth in his third year and is not on the Chicago Bulls. 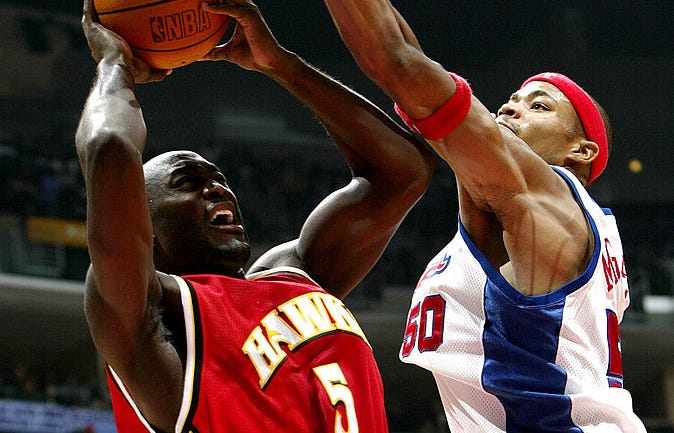 The last time the Hawks picked at No. 20, they used it on Dion Glover. Photo credit (Jeff Gross/Getty Images)

With back-to-back picks in 1989, Seattle selected Barros and Shawn Kemp, meaning the order in which they were taken didn't really matter. Kemp was the better player, though Barros was still a very competent guard with sharp-shooting capabilities throughout his career. Kemp, on the other hand, became a face of the franchise and was named to six All-Star teams.

Who? A G-League stud who has now taken his career overseas, playing for Bayern Munich and doing quite well.

A fine player, Bledsoe has been a key member on a handful of good playoff rosters. None of those belonged to the Thunder, though, who traded Bledsoe to the Clippers on draft night for a future first.

This pick was sent to New York as settlement for the Pat Riley ordeal with the Heat. Playing in only 35 games as a Knick, McCarty was traded to the Celtics before his second season and never quite reached first-round production. The more memorable No. 19 pick in New York was far-too-underappreciated guard Rod Strickland, taken in the 1988 Draft.

Both John Collins and Kevin Huerter with taken with the No. 19 overall pick in their respective drafts, but the No. 20 selection isn't as meaningful in Hawks history. Glover was waived after a handful of seasons in Atlanta, and he now works as an assistant coach in the G League.