While we typically view the top five picks as the only place to get impact stars in the NBA Draft, the Milwaukee Bucks just won an NBA title led by a trio of players selected outside the top 14 selections.

Giannis Antetokounmpo -- who had 50 points in the championship-clinching victory -- was the 15th overall pick in the 2013 NBA Draft. Khris Middleton, now in his ninth season, has developed into a star in his own right, after being selected by the Detroit Pistons in the second round of the 2012 NBA Draft. And finally, Jrue Holiday was the 17th overall pick by the Philadelphia 76ers in the 2009 NBA Draft.

So while you would prefer to have a pick in the top five, certainly there are gems to be found later in the NBA Draft that could help to land you on a parade float. 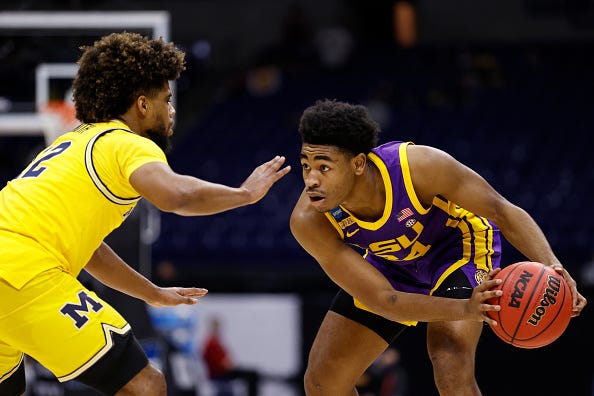 Rylan Styles, Host of Locked On Thunder Podcast - "Cam Thomas is a bonafide bucket-getter that has All-Star level potential as a scorer. Or, at worst, he can be a focal point of a secondary unit offensively. That is something that the Thunder desperately need after a bad a offensive -- a historically-bad offense -- a year ago." 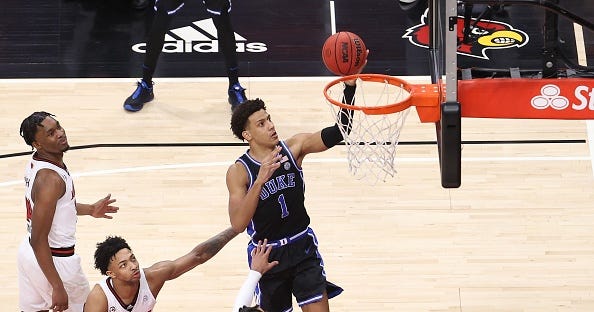 Jimmy Patsos - "I think it's a great pick for the Atlanta Hawks at No. 20 because Jalen Johnson at one point was a top-five pick. He can play the three or four. He's probably more of a four, but has skills that can allow him to actually transition into a two. But, John Collins is a restricted free agent. Collins could demand big money and the Hawks could say "We've got De'Andre Hunter, we've got Cam Reddish, we've got Kevin Huerter, we've got this young group -- let's see if Johnson can conform to what we want to do." Because we know he left IMG and he had some trouble after 12 games at Duke, but he can play point forward, he can defend and he can fit in with a young team. And I think Nate McMillan is the perfect coach for Jalen Johnson." 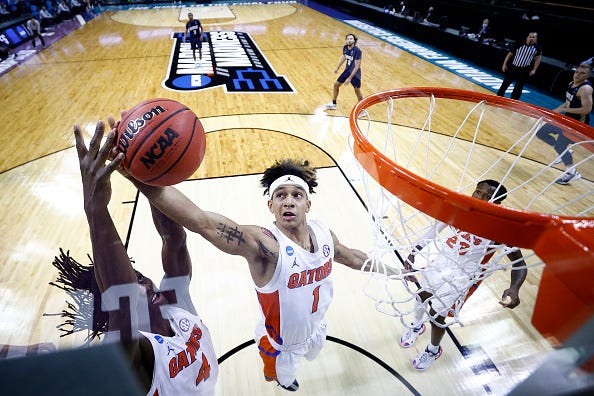 Ryan McDonough - "So the New York Knicks had a surprising season, they were a playoff team and are picking 21st in the draft this year. They take Tre Mann, the young guard out of Florida. Mann is a scoring guard with decent quickness. He shot pretty good percentages across the board. He was a 40% three-point shooter and an 83% free-throw shooter. He's also a pretty effective pick-and-roll player and the Knicks have been looking for more back-court talent." 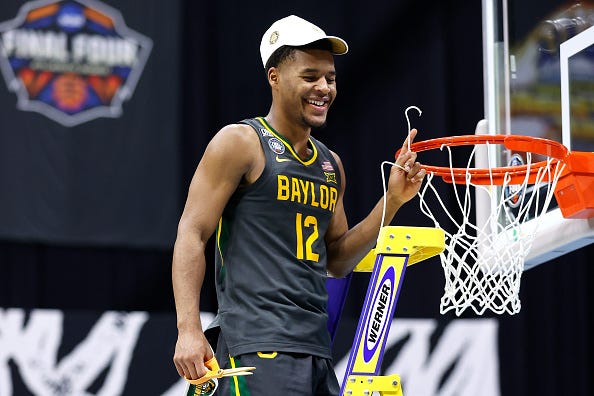 Ryan McDonough: "Anytime you have LeBron James in his prime, you're a championship contender. So I really like this pick from Baylor late in the first round. Jared Butler I think was one of the most complete players in the NCAA tournament. He was a starting point guard for the national champion Baylor Bears. He's a big-time shooter, he shot 42% on threes on over six attempts per game. Anytime you play off of LeBron James and Anthony Davis, you're gonna get good looks. I thought that was a weakness for the Lakers last year, their back-court shooting. So they get a guy in Jared Butler who can come in and play right away." 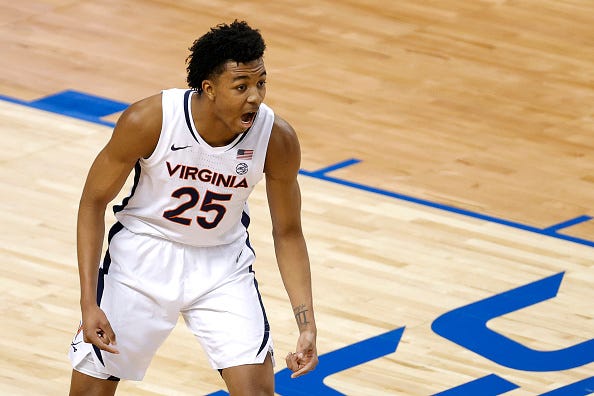 Jackson Gatlin, Host of Locked On Rockets: "He's a lengthy forward that really developed a keen eye for shooting the basketball. He would add a lot of needed size to the Rockets front court. ... His No. 1 skill is shooting the basketball -- he shot over 40% behind the three-point line. He's a very talented shooter and projects to be your prototypical '3 and D' NBA wing." 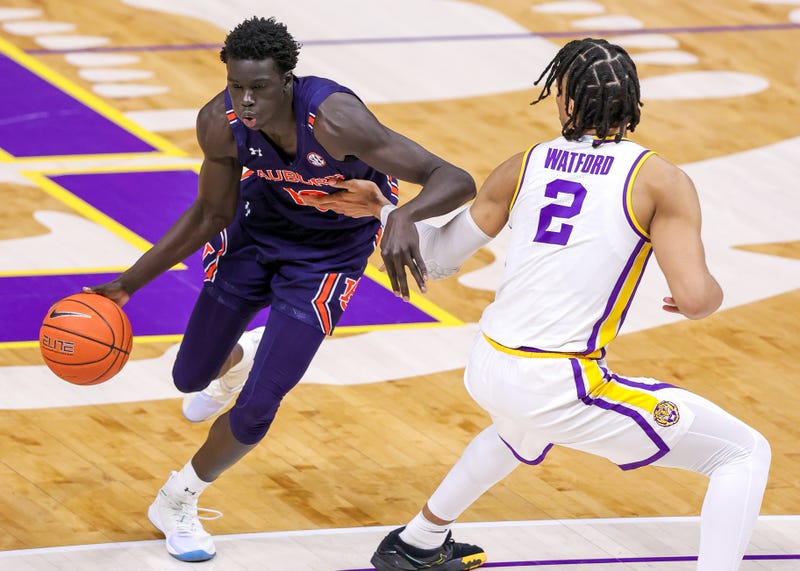 JT Thor is headed to the Rockets in this mock draft. Photo credit (Stephen Lew/USA Today)

Jackson Gatlin, Host of Locked On Rockets: "He's kind of like the home-run pick here, after going with Jalen Green and Trey Murphy III. I don't want to call it a reach, but he projects to be a really raw prospect. He's a very interesting, fluid and rangy big offensively. He has a great handle and a great feel for the game for a guy his size. And then defensively, he's a guy that's going to impact the game -- he can beat defenders as they are driving at the apex. He has shown a great ability to block shots, to kind of guard the paint. He's a really high-energy, high impact player that's got a great body that is going to fill out at the NBA level without too much worry for him to lose the mobility that kind of makes him unique."