Did you know that Michael Jordan played for the Chicago Bulls? The former Washington Wizard was pretty good in The Windy City, actually — not quite as productive as he was in his memorable stint with the 1994 Birmingham Barons, but pretty damn good when they needed him to be.

The same goes for former Houston Rocket and Portland Trail Blazer Scottie Pippen, former Knick Joakim Noah and current Knick Derrick Rose, and a number of other Bulls players who left their biggest imprints elsewhere in the association.

Unlike all of those names, however, we have a list of five names whose jerseys are constantly sold out of Chicago-based merch stores, whose names and accomplishments hang proudly from the rafters in the United Center, and whose legacies will simply never be forgotten throughout one of the proudest sports cities in America.

You know, just like that unforgettable stretch of 85 games in which Jim Edmonds prowled the outfield at Wrigley Stadium. 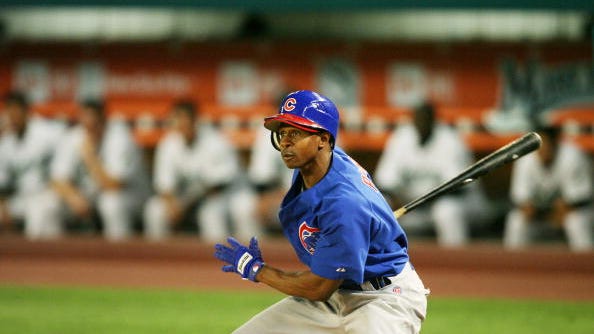 5 Players You Forgot Played for the Cubs 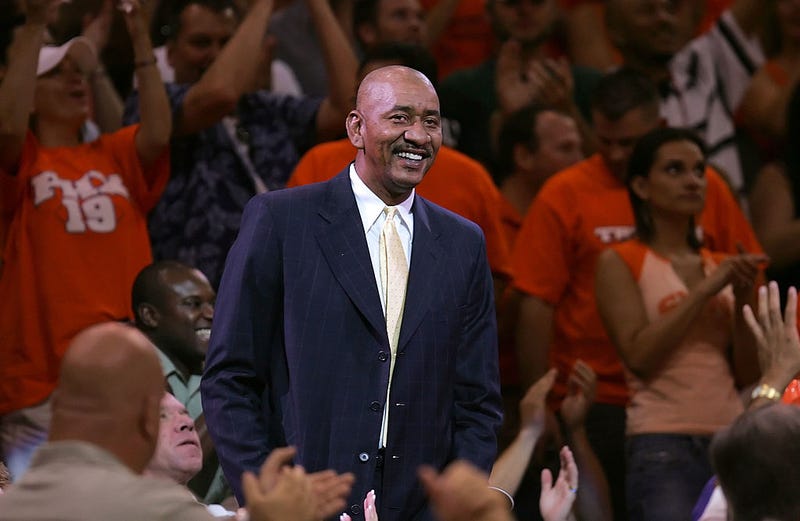 George Gervin had a Hall of Fame career that ended with the Bulls. Photo credit (Ronald Martinez/Getty Images)

The Iceman currently sits at No. 17 points on the all-time scoring list, but without his Bulls stint at the very end of his career, he'd only be at No. 25. "Only."

That's because he was still an effective scorer at age 33 in what would ultimately be the last year he played in the NBA, averaging 16.2 points per game. There were some vintage performances, including a turn-back-the-clock 45-point display in the absence of a young MJ. Perhaps it was some of Gervin's guidance that helped Jordan to take a preposterously large step up in his third season, when he averaged 37.1 points per game to lead the league and set his career-high.

Something you don't see every day: George GERVIN as a Bull... pic.twitter.com/k2GhHd0DJ1

But back to Gervin. The Hall of Famer, after 12 seasons with San Antonio, would call it quits after his lone Chicago stint — at least in the NBA — and head over to Europe for the bulk of his remaining playing days. 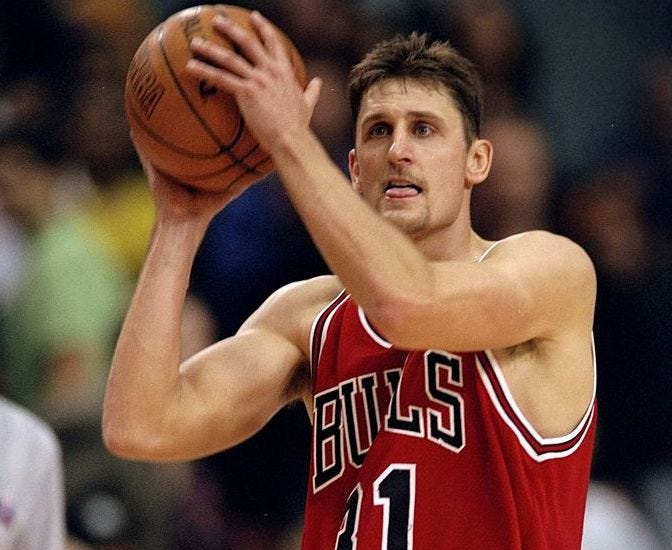 The son of Rick Barry never quite lived up to the lofty standards set by his Hall of Fame father, but Barry was a very respectable player in his own right with two NBA Finals victories, both with the Spurs. Whether you remember him best for his pair of championships, his dead-on accuracy from beyond the arc, or his 1996 Slam Dunk Contest victory...

...what you don't remember him best for is his 37-game stint as a Bull. He played a big role in that small sample size, starting 30 games and playing nearly 32 minutes per game. However, his three-point shooting performance, which in two years would become near the best in the league (47.6 percent in 2000-01), was woeful at just 30.2 percent. For that reason, he wouldn't last very long and would be swapped out for our next entrant on the list. 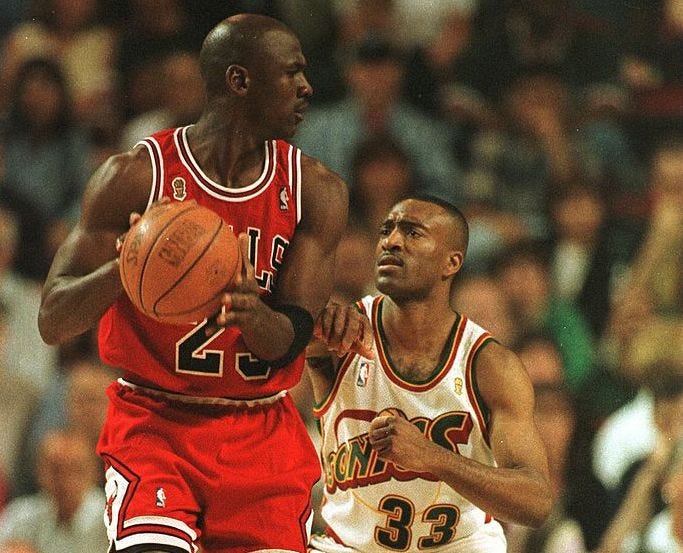 Hersey Hawkins was acquired in a deal that sent Brent Barry out of Chicago. Photo credit (Jonathan Daniel/Allsport/Getty Images)

In exchange for Barry, the Bulls received veteran shooting guard Hersey Hawkins (and James Cotton). Hawkins was a former All-Star for the 76ers who spent at least three seasons with each of Philadelphia, Seattle and Charlotte. He scored in double figures, on average, with all three of those organizations, led by the 19.0 PPG figure from his five years in Philly.

With Chicago, at 33 years old, he scored just 7.9 points per game in a mostly-starting capacity, shooting just 42.4 percent from the field but playing plus defense. A year after the Bulls acquired him, they waived him. 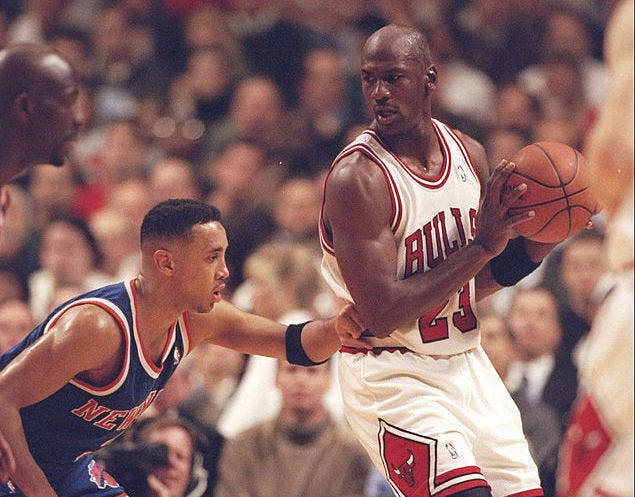 Remembered by Chicago fans much more as a frequent adversary than as a Bull himself, Starks was a go-to wing scorer for the Knicks throughout practically the entire 1990s decade. He met the Bulls 30 times in the regular season, matched up against them 28 times in the postseason, and played for them just four times in the 1999-00 campaign.

In those four games, he scored 30 points on 32.4 percent shooting from the floor. 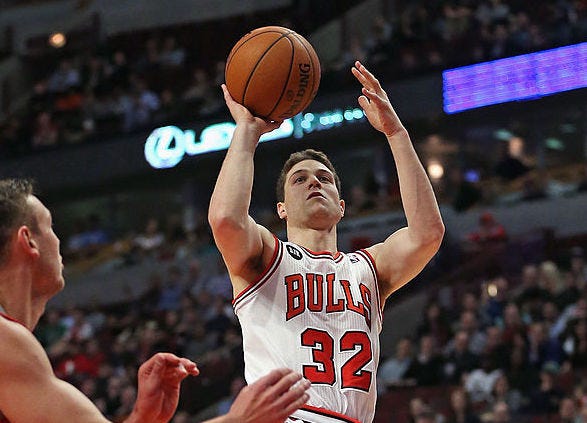 One of the many unsuccessful NBA stops Jimmer Fredette made was in Chicago. Photo credit (Jonathan Daniel/Getty Images)

For eight games in the 2013-14 season, Fredette set the world on fire as a Chicago Bull...

By playing seven minutes per game, scoring a total of 32 points and being about as forgettable as you can possibly be. This wasn't the Jimmer Fredette that was setting records in every game he played at BYU and sinking 40-foot treys like they were nothing. Heck, he never really was that in the NBA. But whereas he had some semblance of an exciting moment in the pros with some other teams, he just didn't do anything in Chicago.

news
Zookeeper killed by 675-pound Siberian tiger that climbed 12-foot fence
news
Disneyland annual passes may be a thing of the past - what will happen instead?
news
Teens are filling up the post-pandemic job market this summer
news
Storm names to look for as hurricane season rolls in
music
Tyra Banks on Victoria’s Secret more inclusive rebranding: ‘I'm witnessing a beauty revolution’
news
Fireworks shortage expected ahead of July 4th, retailer says