As the NBA tries to restart its season with a 22-team playoff tournament in Orlando, many players could be suiting up for their respective teams for the final time.

While the free agent class of 2020 has nowhere near the starpower of last year’s class, there are still some notable names who are unrestricted free agents or have player options.

Here is an early, pre-NBA playoffs look at how we think some of the more notable names in free agency will shake out. 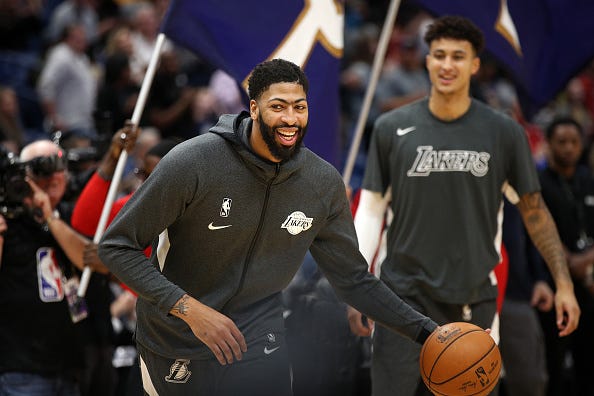 Davis kept his options open for free agency earlier this year when he declined a $146 million contract extension with the Los Angeles Lakers. But that doesn’t mean the 26-year-old seven-time All-Star is heading anywhere else unless he had some sort of falling out with LeBron James.

Davis has a few options: He could opt-in with a $28.7 million player option; he could sign a five-year max contract at 30 percent of the 2020-21 salary cap; or he could sign a three-year deal with a player option in the final year so he could become a free agent again at age 30 where he would be eligible for the richest deal possible.

The latter seemed like the best option for Davis, but with uncertainty surrounding the salary cap for the 2020-21 season due to COVID-19’s impact on the NBA, Davis may be better suited to opt in at $28 million and sign an extension with LA. 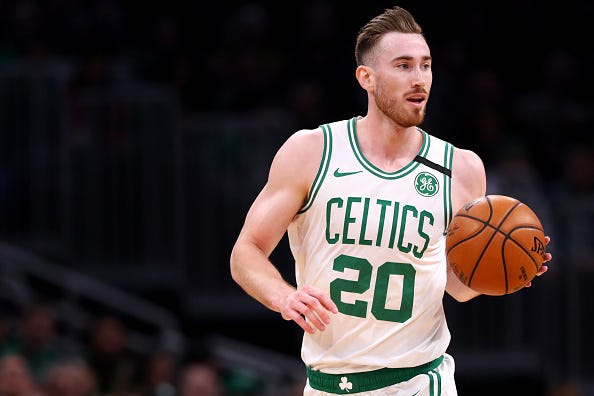 This should be a no-brainer for Hayward. The 30-year-old is set to make $34.1 million by opting in for the 2020-21 season, and a weak free agent market makes that decision all the more easier.

While opting in limits Boston financially, Hayward was having his best season since joining the Celtics in 2017. He was averaging 17.3 points, 6.5 rebounds and 4.1 assists per game before the NBA season was suspended. He was also shooting a career-best 50 percent from the field and 39.2 percent beyond the arc.

The Celtics are a perennial contender in the Eastern Conference and Hayward only helps them. 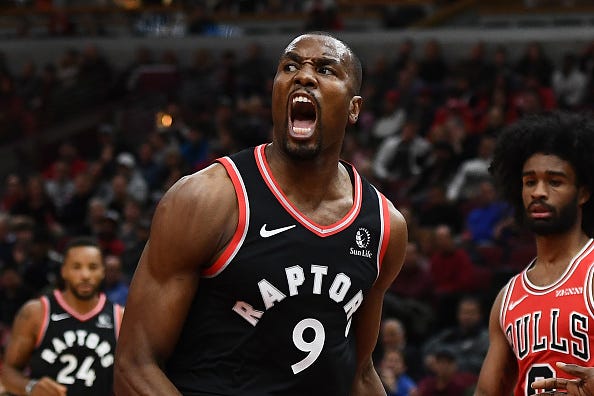 Ibaka has expressed his desire to stay in Toronto, but he should garner plenty of interest in the free agent market and the New Orleans Pelicans would be a great fit.

While not the rim-defender he once was, Ibaka has made improvements to his outside shot and still brings tenacity on defense that would allow him to fit in well alongside Zion Williamson on both ends of the floor.

The Pelicans have a solid core in place with Zion, Brandon Ingram and Lonzo Ball, and the addition of Ibaka could make them a legitimate threat in the Western Conference. Of course, the Pelicans may have trouble fitting Ibaka into the cap and the Raptors may not even let it get that far. But we can dream, can’t we? 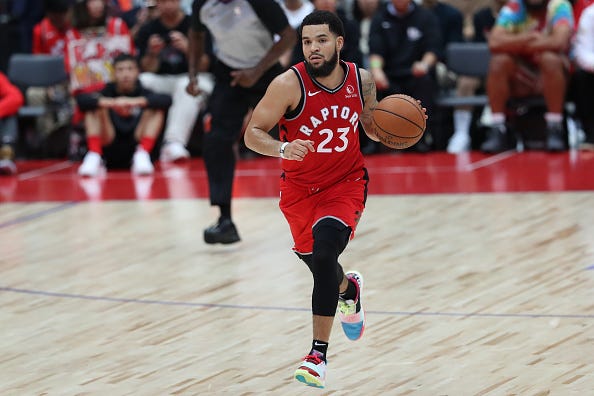 VanVleet will be another player who will be difficult to lure away from the, but the Knicks have plenty of cap space to a least get him to consider.

While some fans may shudder at the thought of the Knicks spending big in a weak free-agent class, especially when they hold two first-round draft picks, VanVleet may be the lone exception if they are unable to land LaMelo Ball in the draft.

VanVleet is just 26 years old and has shown marked improvement in each season with an average of 17.6 points and 6.6 assists per game before the 2019-20 season was suspended. He has a career 39.2 percent from 3-point range and a championship pedigree, playing a key role in the Raptors’ NBA Finals run last season, who can provide veteran leadership on a young, rebuilding team.

The Knicks may have to be willing to go to a fourth year to seal the deal on VanVleet, but he could be a key piece of the foundation in turning the franchise around and getting attention from star free agents in 2021 and beyond. 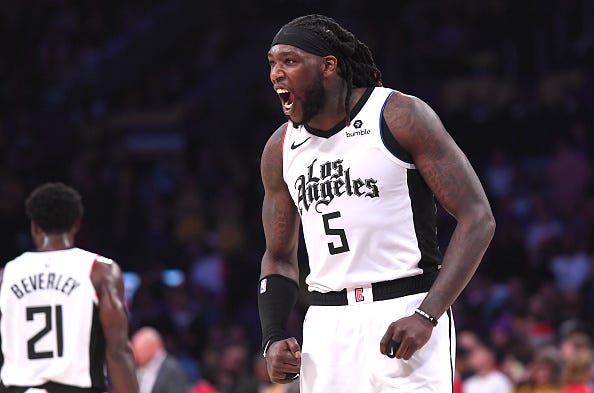 Harrell is again in the conversation, and arguably frontrunner, for Sixth Man of the Year, averaging career-bests 18.6 points and 7.1 rebounds per game with the Clippers before the season was suspended. But the Clippers may not be able to hold onto Harrell when he becomes an unrestricted free agent this offseason.

The Charlotte Hornets are expected to have some money to spend this offseason and can use some help in the frontcourt. Factor in Harrell is from North Carolina and played alongside Terry Rozier at the University of Louisville and it all seems to make sense as a fit.

While Charlotte was the first team out of the 22-team playoff format, upgrading a weak frontcourt to include Harrell will ideally put them in playoff contention next season. 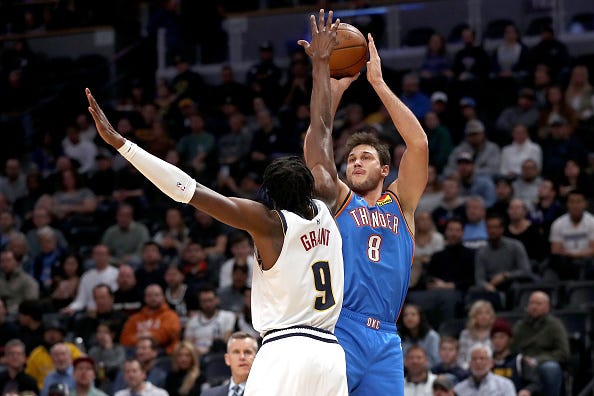 Gallinari continues to prove what kind of a difference-maker he can be. He has helped the Oklahoma City Thunder fill the void left by Paul George and has them as the fifth-best team in the Western Conference as the season is set to restart.

But he is likely on his way out in Oklahoma City after one year as he is set to become an unrestricted free agent. The Miami Heat were interested in him at the trade deadline and will likely make a run at him again in free agency. The addition of Gallinari would give the Heat a reliable scoring option behind Jimmy Butler and create versatile frontcourt alongside Bam Adebayo, helping shape a championship-contending roster. 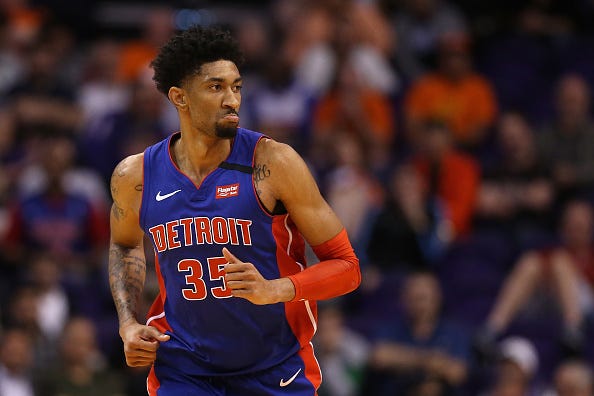 Wood is 24 years old and really began to emerge as a legitimate force in the frontcourt in Detroit after Andre Drummond was traded. The 6-foot-10 undrafted power forward out of Nevada posted career highs of 13.1 points and 6.3 rebounds per game while averaging 21.4 minutes during the season.

This emergence has made Wood perhaps one of the more attractive free agents to hit the market. The Knicks could most certainly make an aggressive push to pair him with Mitchell Robinson if they do not land VanVleet. He could help spread the floor on a team like Charlotte with Terry Rozier.

Yet, Wood has bounced around the league and has only proven himself for half a season and teams may be wary on how much they are willing to dole out for Wood. This puts the Pistons, who possess his early Bird rights, in pretty good position to retain him while still focusing on other needs in free agency. 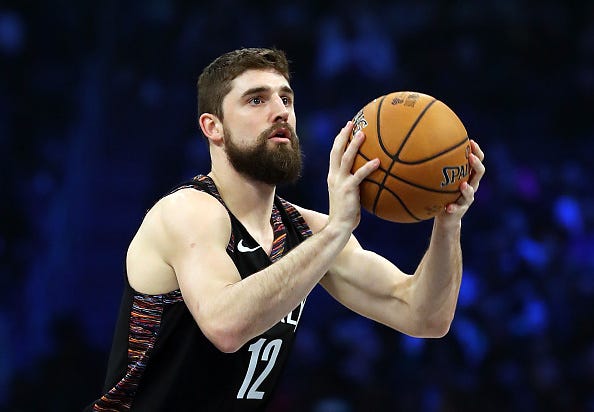 In a weak free agent class, Joe Harris would be a boost to any contender, which is why the Nets should re-sign the sharpshooter.

Harris' ability from beyond the arc -- a career 42.3 percent shooter -- should help allow the Nets to space the floor and make him a valuable complementary player to go along with Kyrie Irving and Kevin Durant. The only question for the Nets remains just how much Harris will cost?

Should Harris get hot upon the NBA's return, it could very well mean that the Nets may not be able to afford him. But right now he must remain a priority. 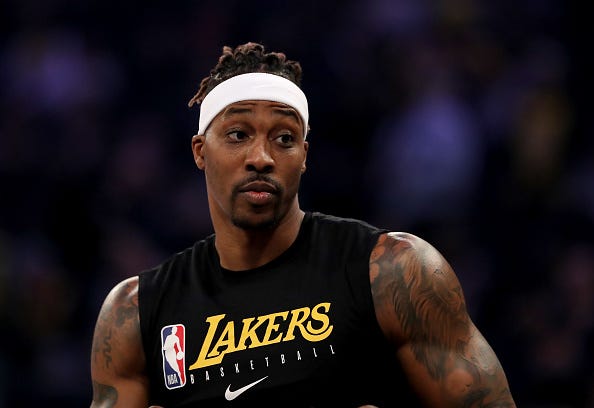 Sure, Dwight Howard is not the perennial All-Star he once was, but he is still a big-time name who will be available in free agency and can make an impact on a team.

This past season, Howard appears to have embraced his role as someone who averages 19.2 minutes a game and to act as a force under the boards -- averaging 7.4 rebounds and 7.5 points per game. He also seems to have shaken his reputation within the locker room in his second stint with L.A.

Which brings us to Boston. The Celtics are likely to be financially strapped with Hayward probably opting in and Jaylen Brown's extension kicking in, but they still need to some depth and improvements to their frontcourt. Howard should be an affordable option and help the Celtics compete with bigger lineups in the Eastern Conference such as the 76ers.

He may no longer be the marquee act, but Howard can still serve as a complementary piece for a championship-contending team like the Celtics.