In many senses, putting this list together was a depressing exercise.

The 1990s NBA featured some of the coolest, most unique jerseys in NBA history. That's why when we ranked the greatest jerseys in the history of the sport earlier this year, there was a heavy 1990s influence.

From here, nearly two-thirds of the league has regressed in their appearance since the 1990s. A majority of the teams that haven't regressed still don the same look that they did throughout the 1990s. Others, like the Orlando Magic and Phoenix Suns, were penalized and excluded from this list because their current jerseys are modern takes on classic jerseys. Like the saying goes, the sequel is rarely better than the original.

For as much as we long for the aesthetics of the 1990s NBA, there are still some teams with strong looks today. Here are the 10 best jerseys in the sport currently: 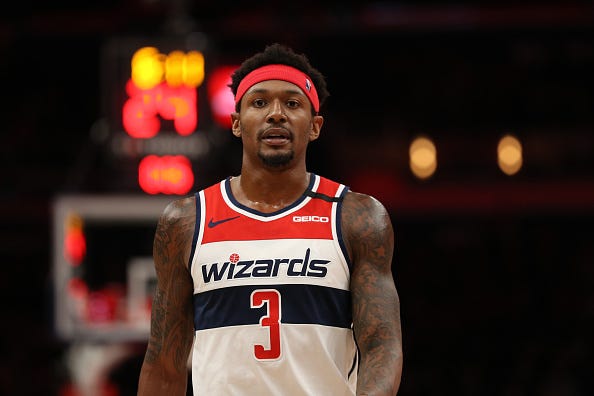 It was probably in the Wizards' best interests to change their name from the "Bullets" ahead of the 1997-98 season, but the blue-and-white look they went to that season - the one most associated with the Michael Jordan years - was rough. Fortunately, in 2012 they returned to red, white and blue (after all, they play in the nation's capital) and introduced a very good modern twist on the look they donned from 1974-87. 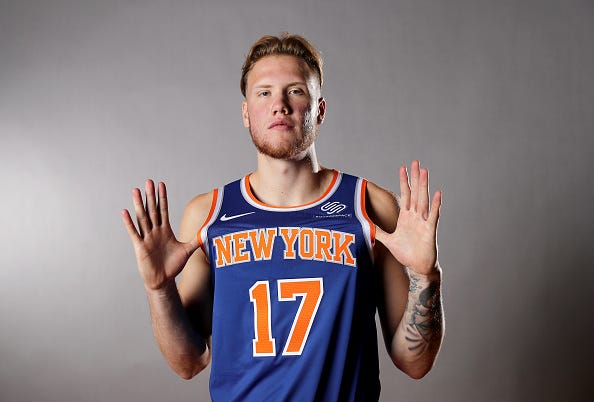 The Knicks updated their blue road jerseys in 2013, but by and large, they've had the same road jerseys since 1983. Though they briefly ditched these jerseys from 1979-83, they had worn a similar look on the road from 1968-1979 as well. It's been a while since these jerseys have been seen consistently on the big stage, but while everything else has seemingly gone south for the Knicks, these jerseys have remained a strong look. 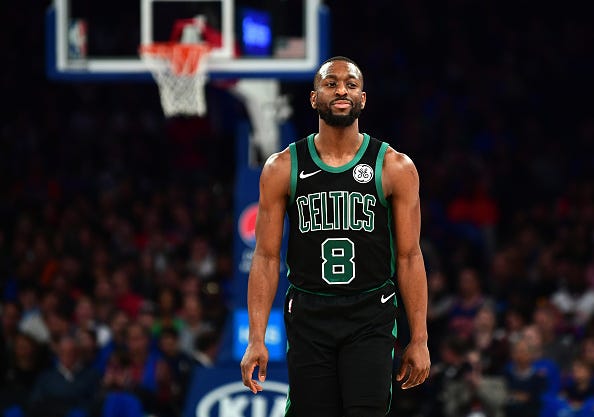 There's an argument to be made that the Celtics' primary jerseys are so classic that they should follow the model of the Detroit Tigers and New York Yankees in baseball and not have alternate jerseys. Anyone making that argument, though, hasn't had the chance to see the team's black alternate jerseys. The shamrock on the side of the pants is probably the best touch with this uniform. 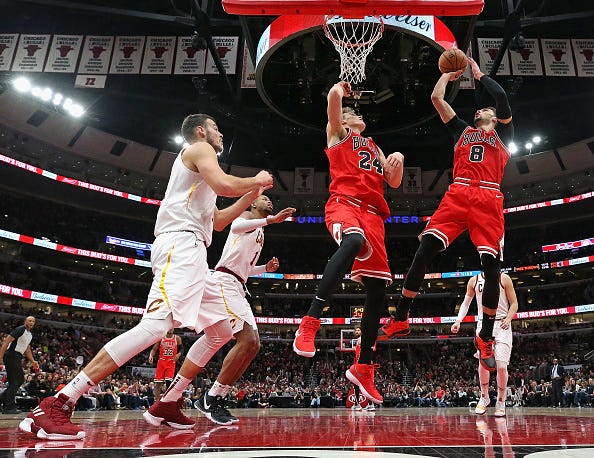 Even though it's been some time since there's been much to get excited about pertaining to the Bulls, their road jerseys remain iconic. The Michael Jordan, Scott Pippen era is so ingrained in NBA lore that even when you see the current crop of Bulls take the court in these red jerseys, you expect to see something special. 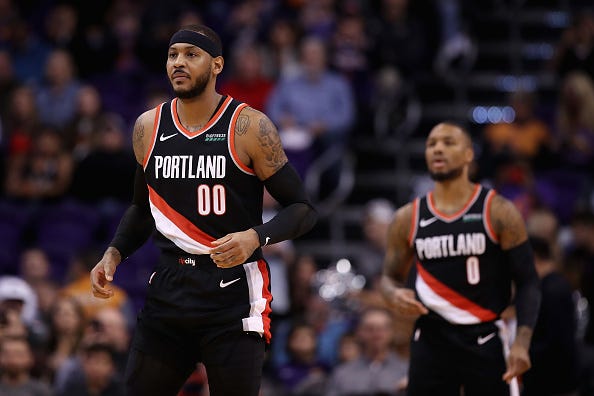 The Trailblazers' black jerseys are one of the league's best. Photo credit (Christian Petersen/Getty Images)

While it may be most associated with a team affectionately (?) referred to as the "Jail Blazers," Portland's road jerseys strike the perfect balance between old-school jersey creativity without looking like a throwback. There's an argument to be made that these are the best road jerseys in the NBA, and they certainly appear to top the list of black jerseys worn regularly. 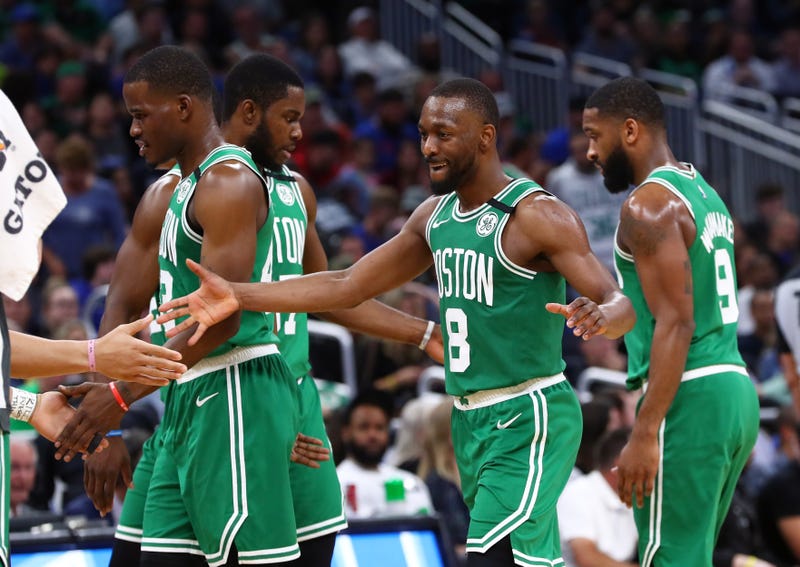 The Celtics have worn this iteration of their green jerseys in road games since 1970, and wore a relatively similar one from 1947-1970. Though some may associate it most with Paul Pierce, Kevin Garnett and Ray Allen, it's hard to see these jerseys and not immediately think of Larry Bird, Kevin McHale, Robert Parish, Bill Walton, Dennis Johnson, Danny Ainge and the 1985-86 Celtics, who won 67 regular season games the NBA Finals. 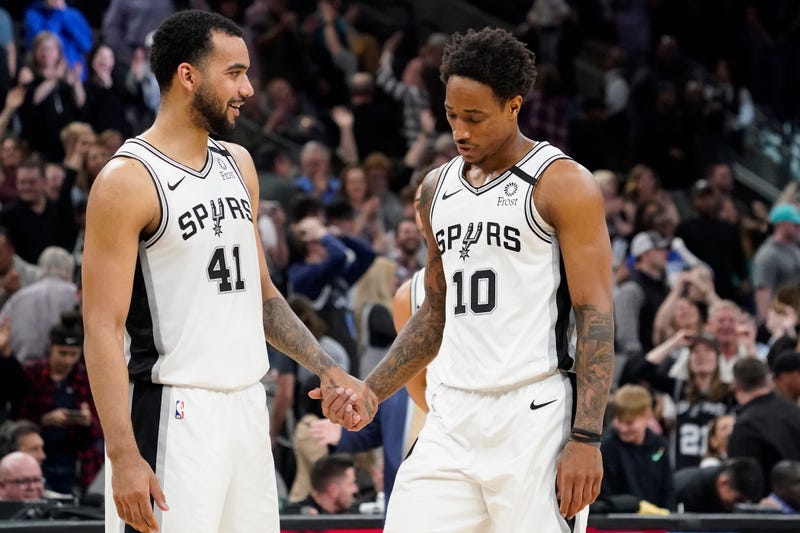 From David Robinson to Tim Duncan to Kawhi Leonard to DeMar DeRozan, the Spurs' home jerseys have become one of the modern classics in the sport. The jerseys are relatively simple, but the "U" in Spurs stands out and gives it some flair. This might be their ceiling on a list like this, but these jerseys have stood the test of time. 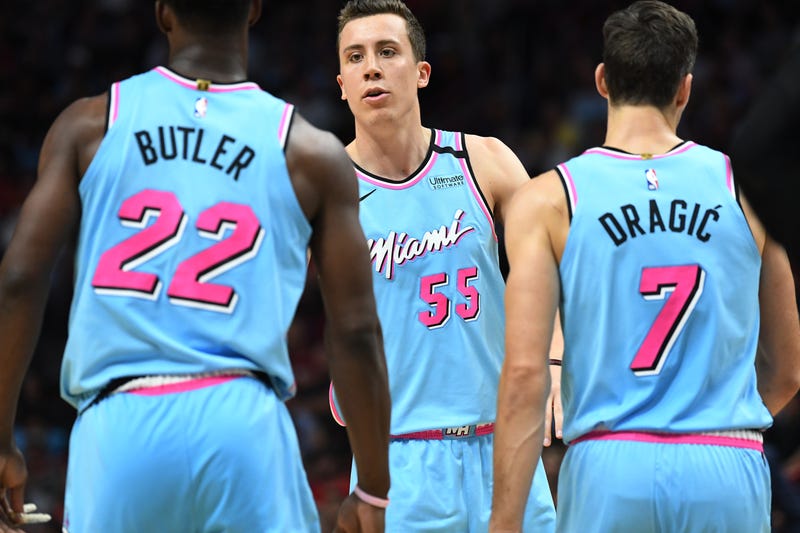 There's nothing necessarily wrong with the Miami Heat's current primary jersey set, but there's a strong case to be made that they should pivot to their "Miami Vice" set on a full-time basis. The Heat first introduced white jerseys with this design in 2017-18, to much acclaim. However, they really hit a home run with the black "Miami Vice" alternates that were worn as an alternate during the 2017-18 season. The black alternates graded out as one of our five best jerseys in NBA history. Though the pink edition of of the "Miami Vice" set - worn in 2018-19 - may be a bit much, the Heat introduced a sky blue version in 2019-20, another great look. Even if they never become the team's full-time jersey set, this is unquestionably the greatest alternate jersey kit in league history. 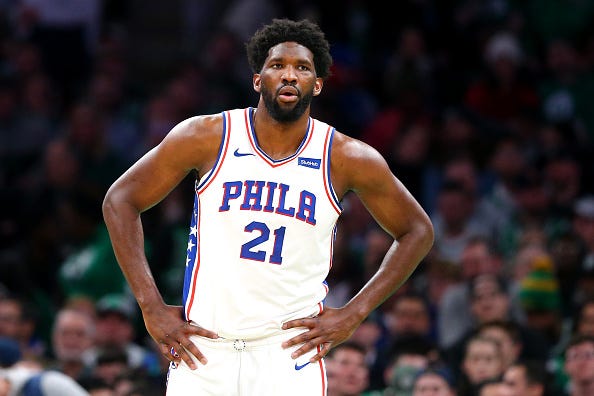 Joel Embiid is the face of the Sixers. Photo credit (Ezra Shaw/Getty Images)

Understandably, the jerseys that the Sixers wore during Allen Iverson's peak - specifically, the black ones - are iconic. However, the team's current jerseys make much more sense for a team named after the founding of the United States. Though the concept of stars down both sides of the jersey sounds corny in concept, it really works in reality. 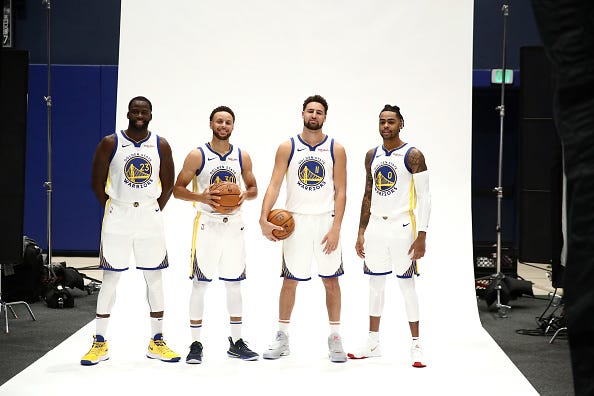 For as much love as we have for the Baron Davis era Warriors look, the team's current home jerseys - which, like the road companion, feature the Golden Gate Bridge on the front - became instant classics when the team debuted them in 2010. The jerseys pay homage to some of the oldest jerseys in the history of the franchise, but still manage to look modern. When you see these jerseys, it's impossible not to think of Steph Curry pulling up for a three at Oracle Arena. Earlier this year, we ranked these as the 14th-greatest jerseys in NBA history.