The 2020 NBA season has been a wild one, to say the least. However, some things stay the same, whether or not a devastating pandemic is completely turning the game on its head.

One area of consistency: the best of the best stay that way, and the selections of season award finalists reflect that. You can find out every selection here.

Last season, the MVP finalists were Giannis Antetokounmpo (the eventual winner), Paul George and James Harden. Two of those three are returning candidates in the 2020 race, while George has been replaced with another familiar face: LeBron James. The same goes for the Defensive Player of the Year Award, as the 2019 finalists were Antetokounmpo, George and Rudy Gobert, while this season, George was replaced with Anthony Davis as the other two are once again in the running. Sixth Man of the Year finalists in 2019 were Montrezl Harrell, Lou Williams and Domantas Sabonis. In 2020, the two Clippers phenoms remain as finalists -- making the "sixth man" seem a little restrictive as to just how deep the Clippers' bench is -- while Sabonis, now a starter, was replaced by Dennis Schroder.

The point is that these groups remain largely undisturbed year after year, while eventually one mainstay is swapped out to a new generation. But this also means that there are several deserving players who unfortunately can't be included in the triumvirate of top choices at the position.

Let's see which players were "snubbed" -- though in some cases, it's truly hard to justify any other choices but the three determined by the panel of voters -- in each major award category. 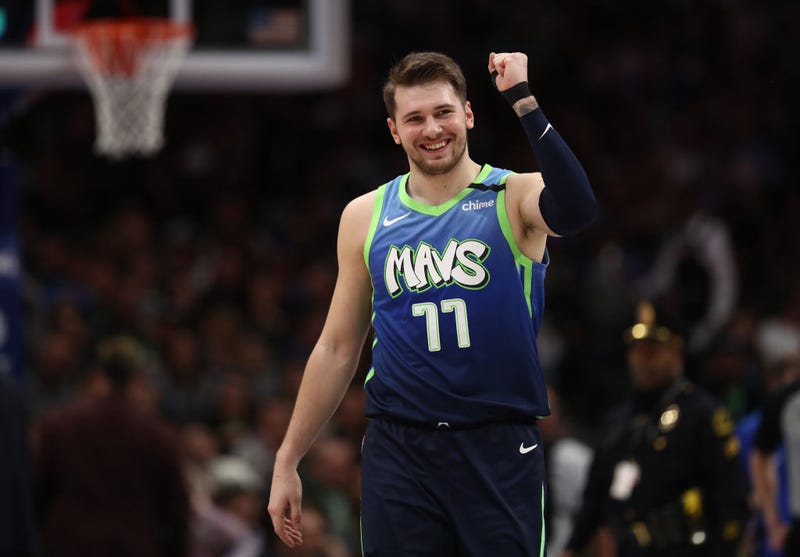 This is one that I think holds a legitimate argument. After a ridiculous rookie season, Doncic established himself as a star immediately, but the leaps and bounds by which he's improved in his sophomore campaign were so impressive to the point where he's a finalist for Most Improved Player, despite an All-NBA-caliber debut year.

Look at the statistical difference.

The only thing that didn't improve was his three-point percentage, though he is now taking two more long-range heaves per game, and it certainly hasn't prevented the Mavericks' team offense from becoming one of the most dominant in NBA history (more on that later down this list).

Doncic made waves with his eight triple-doubles of the 2018-19 season, which put him behind only Oscar Robertson (26) and Ben Simmons (12) for the most as a rookie in league history. However, his follow-up effort has been even more extraordinary: he has 14, which currently paces the league and is a top-20 figure of all-time.

He can be considered a snub this year, but I'd be shocked if he doesn't become a finalist by the time he's 23 or 24. 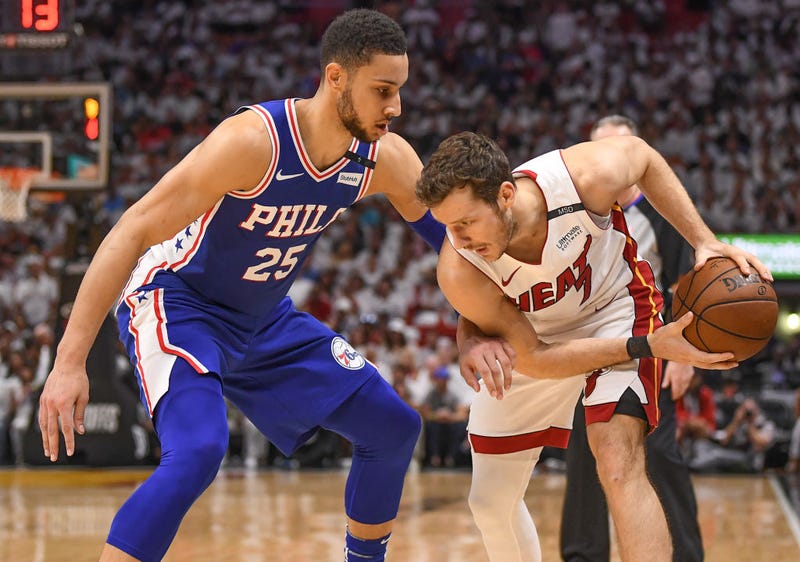 Simmons and Embiid could both be considered for this honor, as the Sixers' starting unit was among the best groups defensively despite a very disappointing display overall. Three separate Sixers' five-man lineups including Simmons have a defensive rating of 100 or lower, while only two lineups with Embiid can claim that feat.

And while Embiid does have to guard some very talented players on the inside and sometimes extend his game outside the paint, Simmons' matchups are almost always representative of the opponents' top talent. Despite that, Simmons ranks atop the league in both total steals and steals per game.

Take this stat, for instance, shared by SportsRadio 94WIP's Andrew Porter, from earlier in the season.

Though the three finalists -- especially Giannis -- are nothing to complain about, history may have strengthened the cases of Davis and Gobert, whereas Simmons may truly have been more deserving. 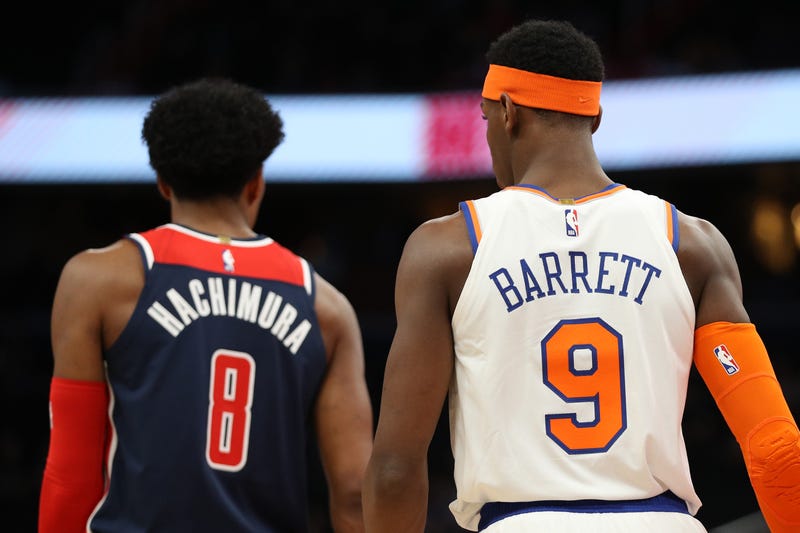 Rui Hachimura and RJ Barrett were a part of a talented group of 2019-20 rookies. Photo credit (Patrick Smith/Getty Images)

Rookie of the Year: None

I'm sorry. I can't pretend that there are any viable candidates here. Even Kendrick Nunn is a stretch, and would probably not be in this group were it not for the tradition to include three finalists as opposed to two.

And that's not a knock against Nunn, who has been very impressive this season and has exceeded all expectations. The same goes for his teammate Tyler Herro, as well as for the Knicks' RJ Barrett, the Wizards' Rui Hachimura, the Grizzlies' Brandon Clarke, and other solid rookies.

But Zion and Ja have separated themselves from the pack, similarly to how last year's race between Doncic and Trae Young unfolded, and it's not really worth it to try and justify the inclusion of another "snub" in this category. 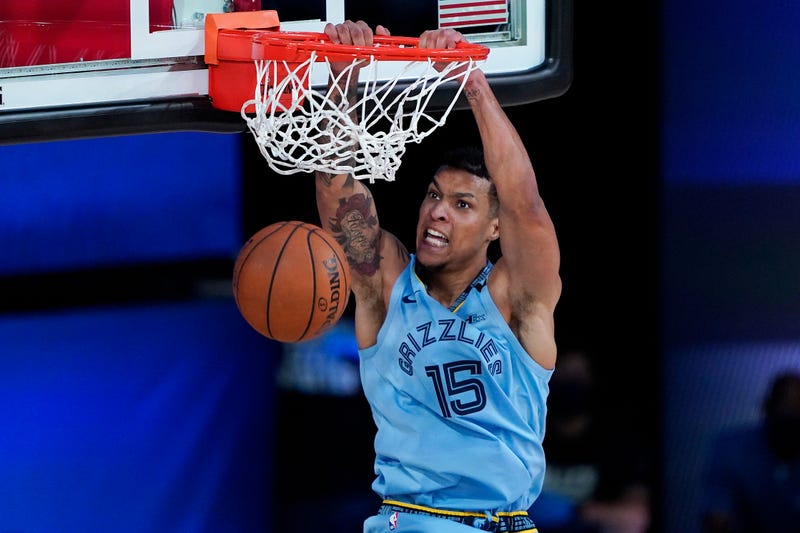 While Clarke may not warrant serious recognition in the ROTY race, he certainly does in the Sixth Man of the Year race. His stats aren't as flashy as the three finalists. His line of 12.0 ppg, 5.9 rpg and a 62.6 FG% is respectable, if a little boring. But when you look at his value to the Grizzlies, it makes you wonder how he missed out on this group.

According to the win shares metric, which attempts to estimate the number of wins contributed by a certain player, the only Grizzly more important than Clarke (4.8) is Jonas Valanciunas (6.7). Harrell's 7.0 win shares lead all of the league's premier bench players (max. 10 games started), but Williams and Schroder are much farther down the list with 3.8 and 3.5 win shares, respectively.

Win shares may be a bit of a handpicked statistic to help support my argument, but it's also been considered a very useful metric to determine the league's most valuable players. MVP finalists James Harden and Giannis Antetokounmpo rank at No. 1 and No. 2 on the list, while DPOY finalists Anthony Davis and Rudy Gobert rank at No. 3 and No. 4. LeBron sits at No. 6.

The point is that Clarke went under the radar this year, contributing a ton in only 22 minutes per game, and he'll become a known presence very, very soon. 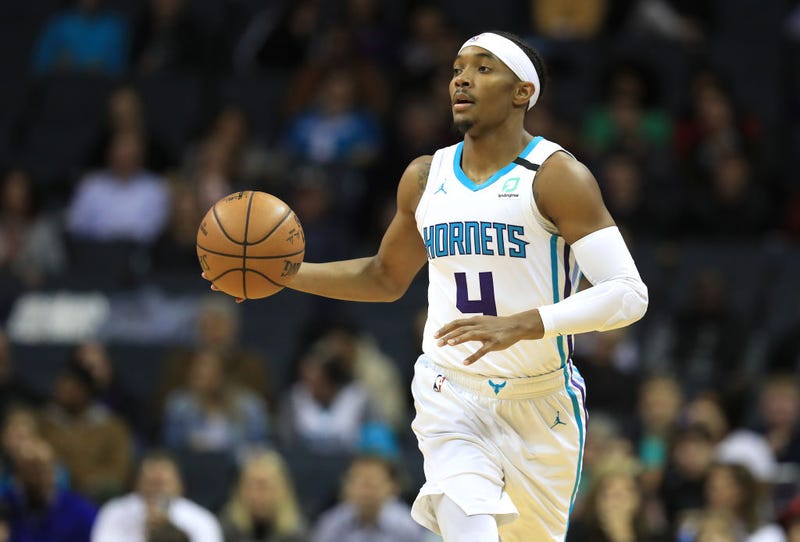 I have no problem with the three candidates selected. Two of them broke out in a big way, while Doncic somehow built upon his sensational rookie season.

But if we're talking about improvement relative to past seasons, Charlotte's Devonte' Graham deserves serious consideration. After all, Ingram has been as established starter for a few seasons. Adebayo's improvement was remarkable, and his past stats don't compare at all, but he did play a decent role in the Heat's system in the 2018-19 season, appearing in all 82 games and averaging over 20 minutes per showing.

He broke out early on, scoring over 20 points in the Hornets' first two games of the season while sinking six threes in each. He kept it rolling throughout the season, with a 10 three-point showing against the Warriors in December, a 40-point performance a few games later against the Nets, and a stretch of four games at the end of the year during which he averaged 26.0 ppg and 45.2% long-range shooting.

I'm excited to see what he does next year. 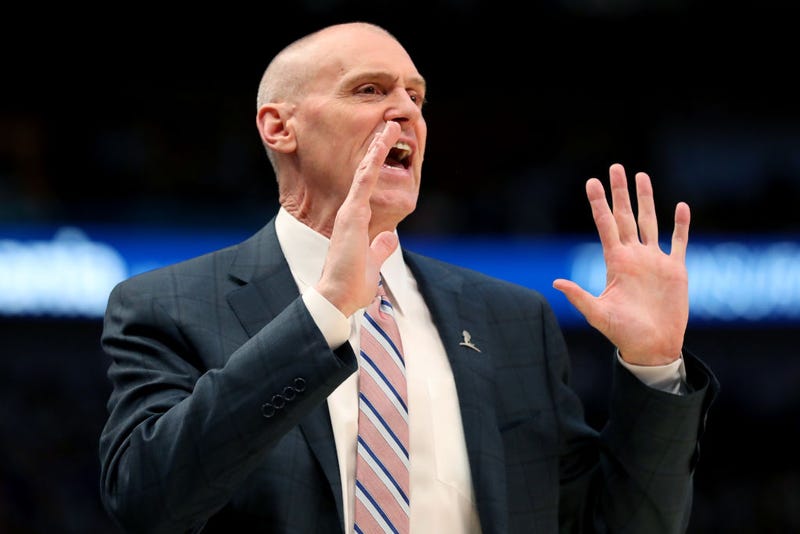 Coach of the Year: Rick Carlisle

The above three finalists are there for a reason. Budenholzer is there because, well, the Bucks are the Bucks. Donovan took a group that wasn't expected to go anywhere and turned them into one of the more rock-solid units in the NBA, competing formidably in a stacked Western Conference. And Nick Nurse lost Kawhi Leonard and shrugged it off, turning Pascal Siakam and Fred VanVleet into bonafide stars and leading the Raptors to another great season.

But none of them set an NBA record for the best offense of all time. Only Rick Carlisle can say he did that, after his Mavericks transformed a 33-49 team in 2018-19 into a postseason berth in 2020, posting an offensive rating of 116.5 throughout the season (to this point). No team has ever recorded such a high number. Not the 2018-19 Warriors, whose 115.9 ORtg is second all-time thanks to Steph Curry, Klay Thompson and Kevin Durant. Not the 1986-87 Lakers, whose 115.6 ORtg ranks third.

No other team has topped what the Mavericks did this year, period. And while Luka Doncic obviously deserves recognition -- and I think I did that justice by awarding him with MVP recognition above -- you have to also consider the likes of Seth Curry, Dorian Finney-Smith, Tim Hardaway Jr., and the other contributors who seamlessly fit into the immaculate Carlisle offense.

news
Will you still need to wear masks at chains like Walmart and Target? This is where 15 major retailers stand
music
Tracee Ellis Ross responds to ‘Black-ish’ coming to an end next season: ‘It’s gonna be a good one!’
sports
'Dark Side of Football' series to feature episodes on Bill Belichick, the Browns and more: report
news
Ivanka Trump displays toned abs in sports bra and leggings on beach stroll