Over the past decade, NBA contracts have grown exponentially and lots of money continues to be spread around.

Some teams used that money wisely and made great investments that paid great dividends. Others did not.

Bad contracts are inevitable. It happens in the NFL and MLB, and the NBA is not immune to it either, especially with so much money being thrown around.

Sometimes an injury results in a bad contract. Other times it's not meeting expectations. Sometimes it's a good player who is paid such an absurd amount of money it hamstrings the team's ability to improve the roster around them.

Whatever it may be, we narrowed down some of the worst contracts of the last decade: 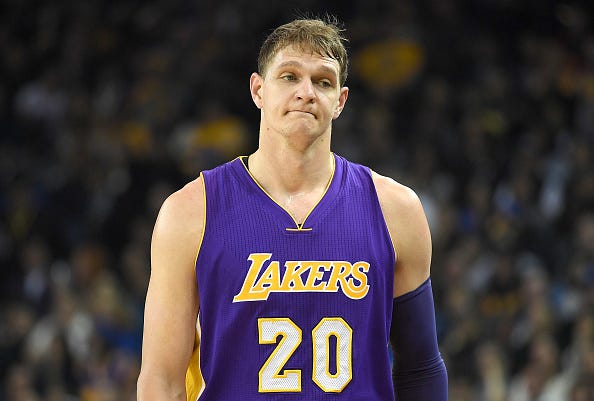 Timofey Mozgov walks down the court during a game with the Lakers. Photo credit Getty Images

A lot of bad contracts were given out in 2016, and the Lakers were primary offenders. With the salary cap jumping from $70 million to $94.4 million and Kobe Bryant’s contract off the books, Mozgov was one of two horrendous contracts the Lakers handed. The 7-1 Russian center had been a five-year veteran and averaged just 6.9 points and five rebounds over 18.2 minutes per game, but was still doled out $64 million. And he did just that. In 54 games with the Lakers, Mozgov averaged 7.4 points and 4.9 rebounds over 20.4 points per game before he was ultimately traded to the Brooklyn Nets after the season. 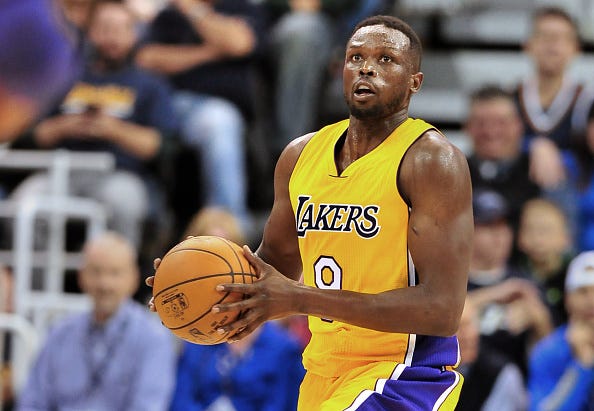 Luol Deng eyes the basket during a game with the Lakers. Photo credit Getty Images

As mentioned above, the Lakers gave out two bad contracts in 2016, with the other going to Deng. This one at least made a little more sense. Deng was a two-time All-Star and pretty consistent player, but that consistency went out the window when he arrived in Los Angeles. In two seasons with Los Angeles, Deng played in just 57 games and averaged 7.6 points and 5.6 rebounds per game and had a career-worst field goal percentage of .387 — a far cry from his .458 career percentage when signed. The Lakers waived Deng and bought out his remaining salary before the 2018 season. 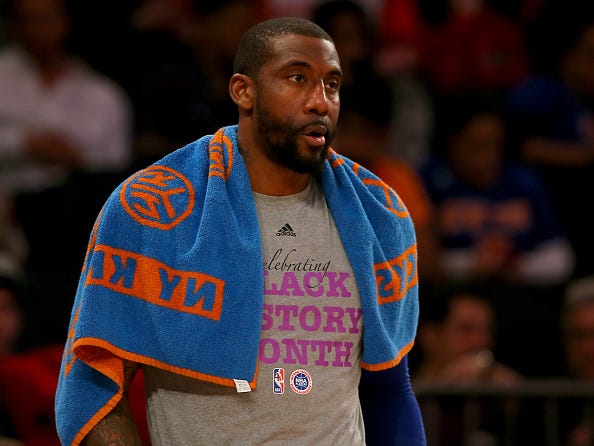 The summer of 2010 was a major milestone for the NBA and free agency. It was the Summer of LeBron and the league’s star made his decision to join Dwyane Wade, along with Chris Bosh, in Miami with the Heat. The Knicks were courting all three, but settled on Stoudemire. The All-Star forward revitalized the Knicks in his first season, making them a playoff team. The main concern about signing Stoudemire was his health and it began to deteriorate following his first year in New York. Knee and injuries reduced his playing time, but his most infamous injury was punching a fire extinguisher glass case after a playoff loss to the Miami Heat. The Knicks waived Stoudemire mid-way through his final year on the contract, and two years later he announced his retirement. 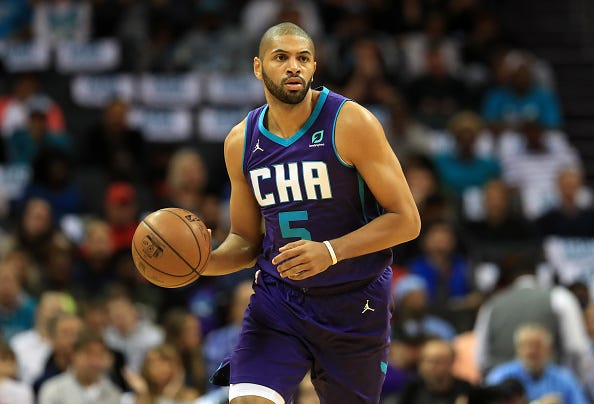 Batum was yet another player who benefitted from the money being thrown around in 2016. After seven solid seasons in Portland where he averaged 11.3 points and 5.1 rebounds per game, the Hornets gave Batum an enormous deal averaging north of $20 million per year. Batum has not quite lived up to that contract. He's been mostly the same player, and is more of an albatross on the Hornets' salary cap situation, taking up a whopping $25 million of cap space in 2019-20, which increases to $27 million on 2020-21, making it a difficult contract to trade unless they take another bad contract in return. 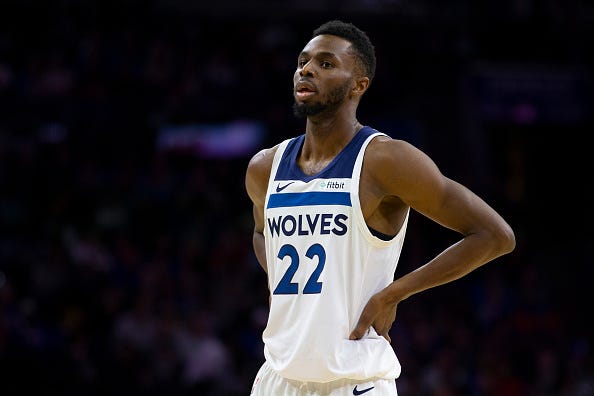 Wiggins was the No. 1 overall pick in 2014, and paid like one in 2018, but has not really played like one yet in his career. He's only 24, and if the start he has had to the 2019-20 season continues, he could very well change the narrative. But the Timberwolves doling out $147 million to Wiggins is certainly a gamble. The forward has yet to put together an All-Star season, and on his first year of his deal he shot a career-low of 41 percent from the field while averaging 18.1 points per game. 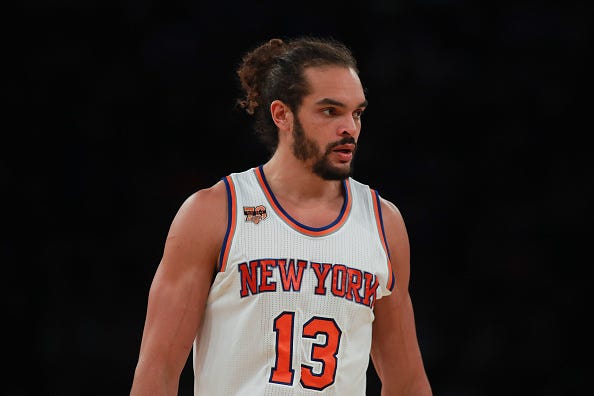 Joakim Noah looks on in between possession during a Knicks game. Photo credit Getty Images

There are bad contracts, then there is what the Knicks gave Joakim Noah in 2016. Arguably Phil Jackson’s biggest mistake with the Knicks, Noah played in just 53 games over two seasons, which were marred by injuries and an altercation with head coach Jeff Hornacek. It is not as if this was unexpected. Noah had not played two games the year prior, and had not been an All-Star since the 2013-14 season. The Knicks were forced to waive Noah and use the stretch provision on him, paying him $6.4 million per year through the 2021-22 season. 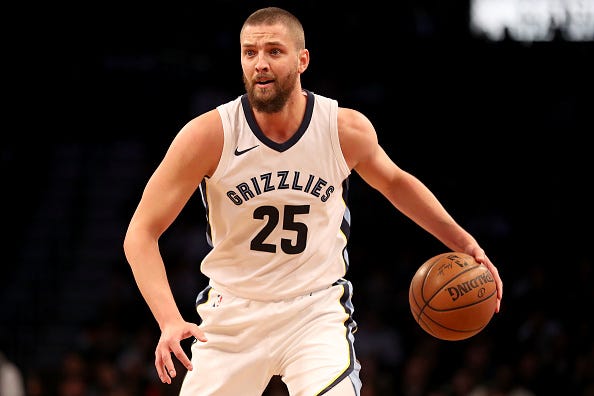 Through Parsons' first five seasons in the league, he looked destined to be an All-Star player with his combination of size and shooting, but his last two seasons in Dallas were cut short due to knee surgeries. That should have been a red flag for the Grizzlies, who inked Parsons to the aforementioned deal in 2016. Parsons played in just 95 games over his first three seasons in Memphis as injuries took its toll on the forward, who averaged just 7.2 points and 2.6 rebounds per game when he was on the floor. Memphis unloaded Parsons and the final year of his hefty contract to the Atlanta Falcons in July 2019 for Solomon Hill and Miles Plumlee. 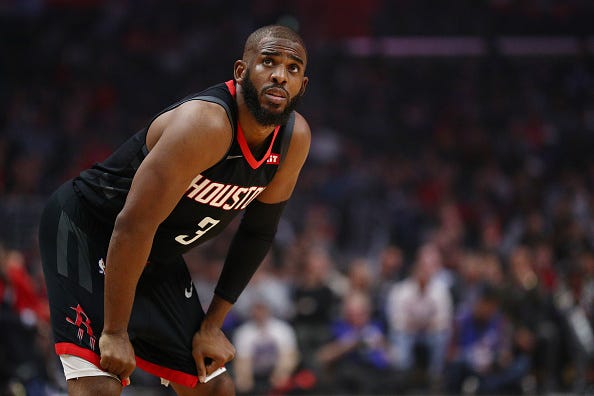 Chris Paul looks on during a game with the Rockets. Photo credit Getty Images

Chris Paul is undoubtedly a star in this league, but he is also wildly overpaid for a guy exiting the prime of his career. The 34-year-old is making $38.5 million in 2019-20, and will increase to $41 and $44 million in his age-35 and 36 seasons. That is a lot of dough to be coughing up for an aging star who has not played 70 games in a season since 2015-16. The Rockets seemed to realize this pretty quickly, though. A year after signing him to the deal, Houston traded Paul to the Oklahoma City Thunder for Russell Westbrook and a bunch of future first-round draft picks being traded and swapped. 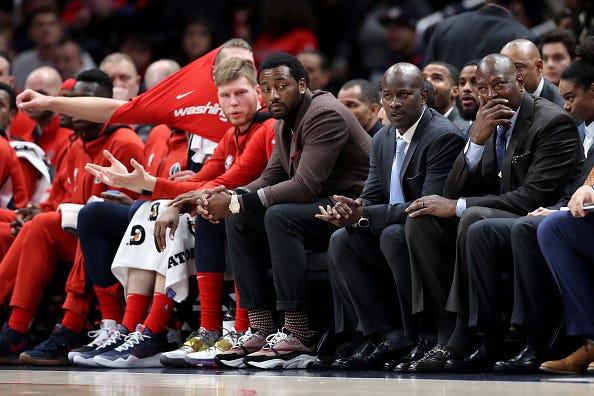 The Wizards gave John Wall this contract extension before the 2017-18 when he was an All-Star averaging 23 points, 10 rebounds and four assists per night. The extension would not kick in until the 2019-20 season — a risk in itself — but Wall was undoubtedly a "sure thing." Then came the injuries. Wall needed to have his knee cleaned out and missed two months. Upon entering the 2018-19 season, there were reports he was out of shape. The team struggled and Wall saw a dip in production, shooting 30 percent from three-point range while averaging five attempts per night. In Feb. 2019, Wall ruptured his Achilles tendon after "slipping and falling" in his home, and likely will not play a single game in 2019-20 — the first year of his contract extension.

When Wall does return, he will be a 30-year-old point guard coming off surgery who has not played a game since Dec. 2018. Oh, and he will cost $41 million against the cap. Perhaps Wall can salvage this contract if he can return to All-Star form, but the odds are certainly against him living up to the $170 million price tag.