The 2021 NBA Draft has come and gone, and there were certainly some surprises along the way. The beginning of the draft unfolded as expected, if only for three picks, and it was anyone's guess as to how it would proceed from then on. Projected lottery picks fell out of the top 14. Predicted back-end first-rounders or early second-rounders were taken way earlier than expected. And though this feels like a very generic summary that could be written about the majority of drafts, the 2021 draft was no exception.

Breaking down "winners and losers" is also a tricky task, one that is just begging popular Twitter account @OldTakesExposed to point out just how wrong you were a few months into the new season when said "winner" is shooting 18 percent from three, and said "loser" has already broken into the rotation with significant minutes coming his way. But that's the fun of it, isn't it?

And though the players and teams are the focal points here, we're also including a loser that has nothing to do with projected on-court performance or draft value or any of that good stuff. You'll see what I mean.

Oh, and yes, I know that Josh Primo was a pretty massive reach for the San Antonio Spurs at No. 12. But given some of their proven draft success — in recent years, No. 29 overall picks Keldon Johnson, Derrick White and Dejounte Murray have all played well, well above expectations based on draft value — I just feel as though it's unwise to doubt them. 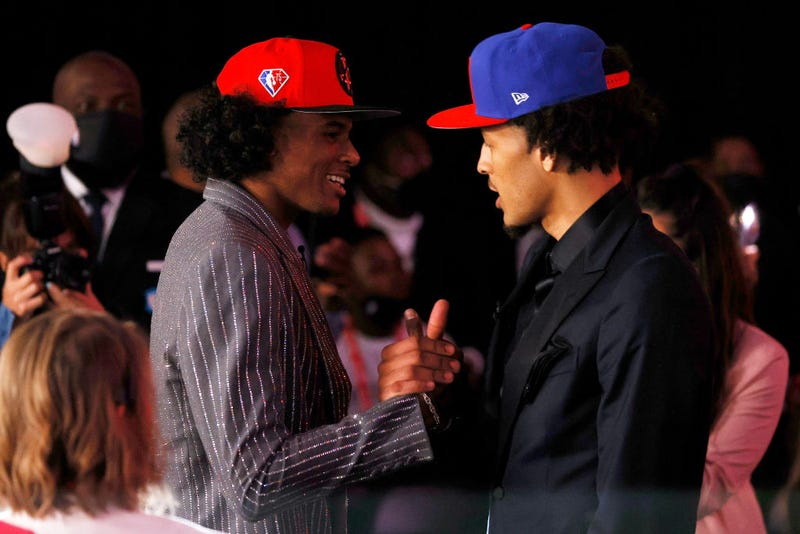 Winners: Teams at the top of the draft

Cade Cunningham, Jalen Green and Evan Mobley are where they belong. Though you can argue that the last of those three names may not have been the absolutely perfect fit, it would have been a poor decision for the Cavaliers to trade away that selection when he has the potential to develop into the league's next dominant inside-out big man.

As for the Pistons, Cade Cunningham has already entrenched himself so deeply into the hearts of the fan base through draft hype that it would have been utterly foolish to do anything else with that pick. I don't care what kind of return you could have gotten from a team trying to trade up; as of now, it was a no-brainer to take the consensus best guy available and watch a new era begin.

And then there's Green, who couldn't have landed in a better situation for him to take off — literally — as a Rocket. Would it surprise anyone if he scored 20 points per game as a rookie? Not at all, with some thinking he has the ability to lead the league in scoring just a few years into his career. He's exactly the type of player that this fan base was salivating for upon James Harden's departure, and it will be a ton of fun to watch. 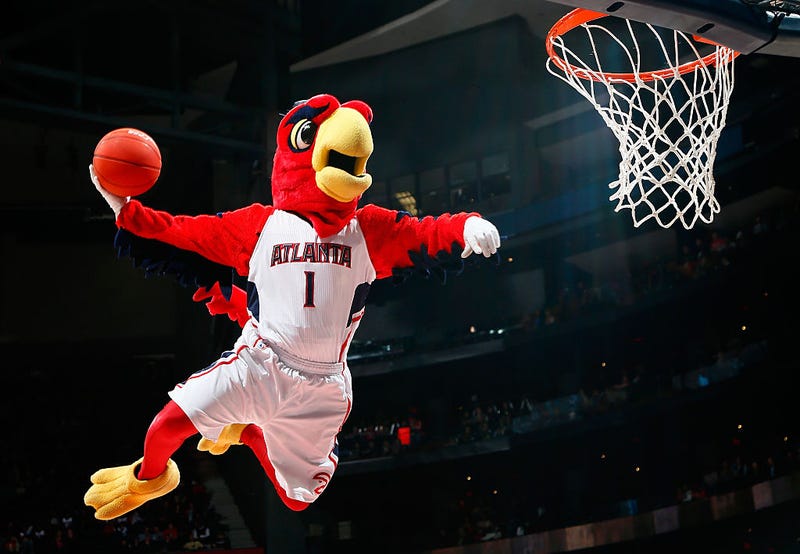 This one's quite simple, really. At No. 20, the Hawks selected what should be an NBA-ready prospect in Jalen Johnson, whose talent is not the question. He's got the size, athleticism and court vision to be a special player, and teams may end up regretting overthinking whether or not his behavior and skill set were factors worth passing on. At the least, it's a bold pick for a roster that can afford to act that way, with existing playoff expectations and a lot of depth already. At best, they just took a potential top-10 talent who will learn behind and eventually blend in with fellow forwards De'Andre Hunter and Cam Reddish, ultimately blossoming into yet another Duke star.

Speaking of Cam Reddish, the Hawks were offering him up to teams in the lottery along with this pick, and it's fairly safe to assume that the Hawks' fan base is happy that this wasn't the case.

My thoughts on Cam Reddish: Fans in ATL love the kid when I mean love I mean they LOVE HIM.. he has unbelievable potential... and he's only 21-years-old.

And then there's Sharife Cooper, who slid all the way down to — did I read that right? — yes, No. 48 in the draft. The Auburn talent was a near-consensus first-round talent who, alas, was a second-round pick, and a fairly late second-round pick at that. He played high school ball in Georgia, making this something of a homecoming for Cooper, and his skills in the back court combined with those of Trae Young will create quite the headache for defenses. 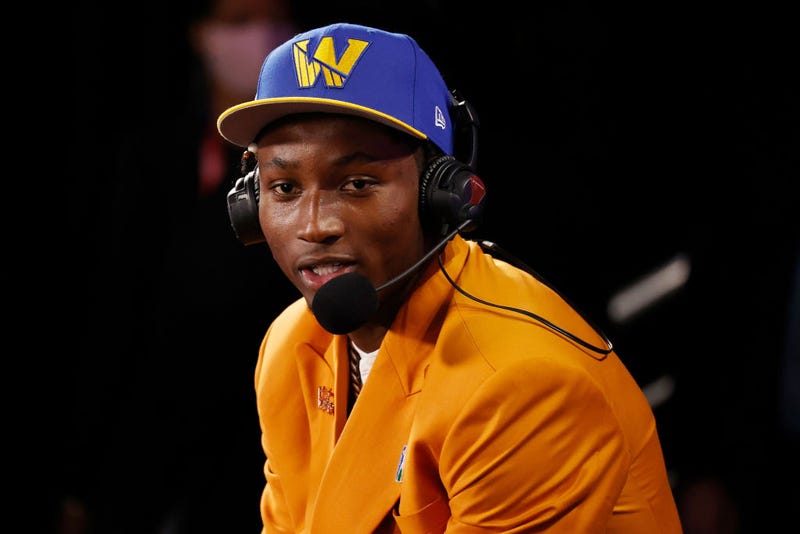 It might have been fun to see what moves the Warriors could pull off by packaging the No. 7 and No. 14 picks, but grabbing arguably a top-five talent at No. 7 and a safe lottery talent at No. 14 isn't such a bad alternative, you know?

Jonathan Kuminga is about as raw a prospect as there is, but his athleticism is off the charts and he has one of the highest ceilings of anyone in the draft. And though he may not completely fit the win-now formula that the Warriors should attempt to use while Stephen Curry, Klay Thompson and Draymond Green are all still performing at high levels, Moses Moody certainly does. A sharpshooter with defensive prowess is exactly what a competing team can always use, and that's what the Arkansas alum will aim to provide.

From Kuminga and Moody's perspective, it's got to be considered a win to head to the Bay Area and play with three future Hall of Famers at a time when they're attempting to compete at the highest level, right? Wins all around for the Dubs. 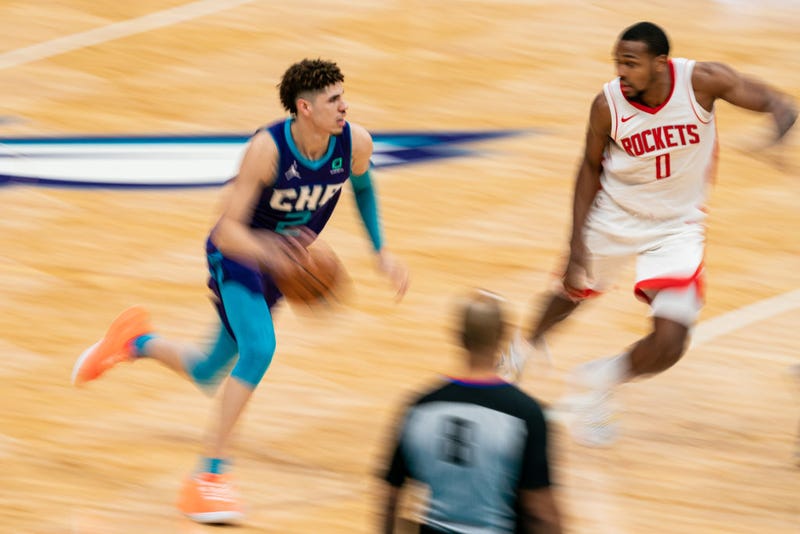 The Hornets and Rockets both potentially built something special through the 2021 NBA Draft. Photo credit (Jacob Kupferman/Getty Images)