Hawks star Trae Young has been fined by the NBA for making contact with an official during Thursday night's game against the Washington Wizards.

The league docked the fourth-year star $15,000 over the incident.

Young, 23, bumped official Ben Taylor after a missed shot about midway through the second quarter on Thursday. 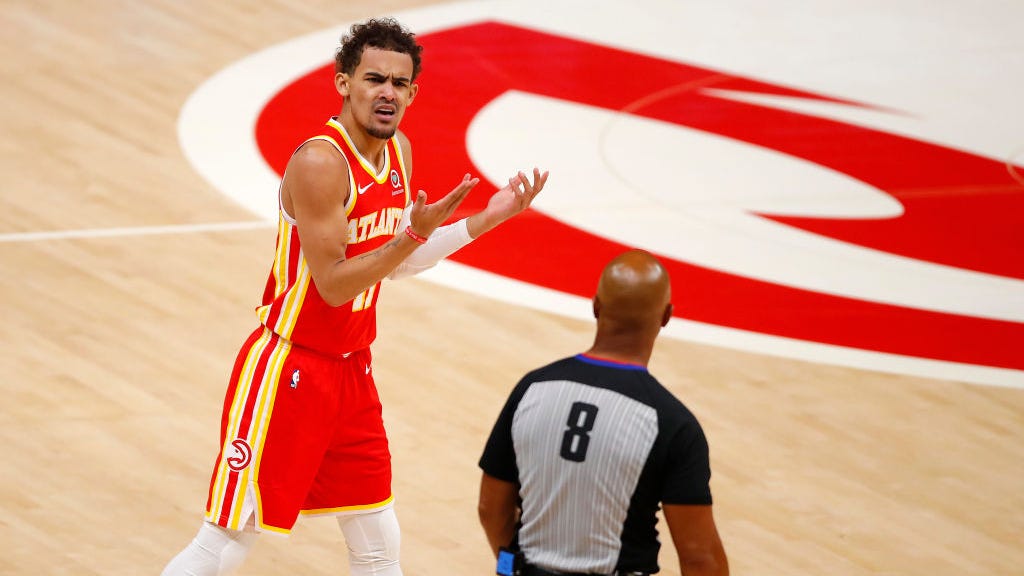 Young felt a foul should have been called on Washington's Raul Neto on the play, and Young's arm appeared to bump into Taylor while he was pleading his case for the foul.

The All-Star was assessed a technical foul on the play.

After the game, Young vented his frustration over how fouls are being called by the officials this year, at the direction of the league.

The refs have been instructed not to whistle touch fouls on "non-basketball" moves by ballhandlers.

The spirit of the rule seems to be aimed at players such as Young and James Harden of the Nets, who have feasted at the free-throw line in recent years by "baiting" off-balance defenders into contact.

To Young, the new, seemingly defense-friendly rules have led to "a lot of missed calls."

“I don’t want to get fined too much, but it’s frustrating."

Last season, Young averaged nearly 9 free-throw attempts per game. Through Thursday's action, he was shooting only 4.4 per game.