Though he has been named to two All-Defensive teams, he's never been selected to an All-Star team or led the league in any flashy stats. He's never been a player of the month in the NBA. In his best season statistically, the 2018-19 campaign, he compiled 5.3 win shares, which was good for 79th in the NBA. Basketball Reference's similarity scores, which aim to compare players with careers "of similar quality and shape," align him with players like Rodney Stuckey, Jeremy Lin and Courtney Lee through six years.

And yet it seems so obvious that Smart is better than 78 other players in the NBA and better than all the aforementioned guys with "similar" careers. It seems like the Celtics value him as much as any other player, despite some controversial behavior throughout his career -- such as what just occurred after Game 2 of the Eastern Conference Finals. And whenever your favorite team plays against him -- unless you're a Celtics fan, of course -- his performance usually sticks out as the most memorable. Hustle plays, constant pressure, nagging defense, insuppressible energy... Smart just never stops. 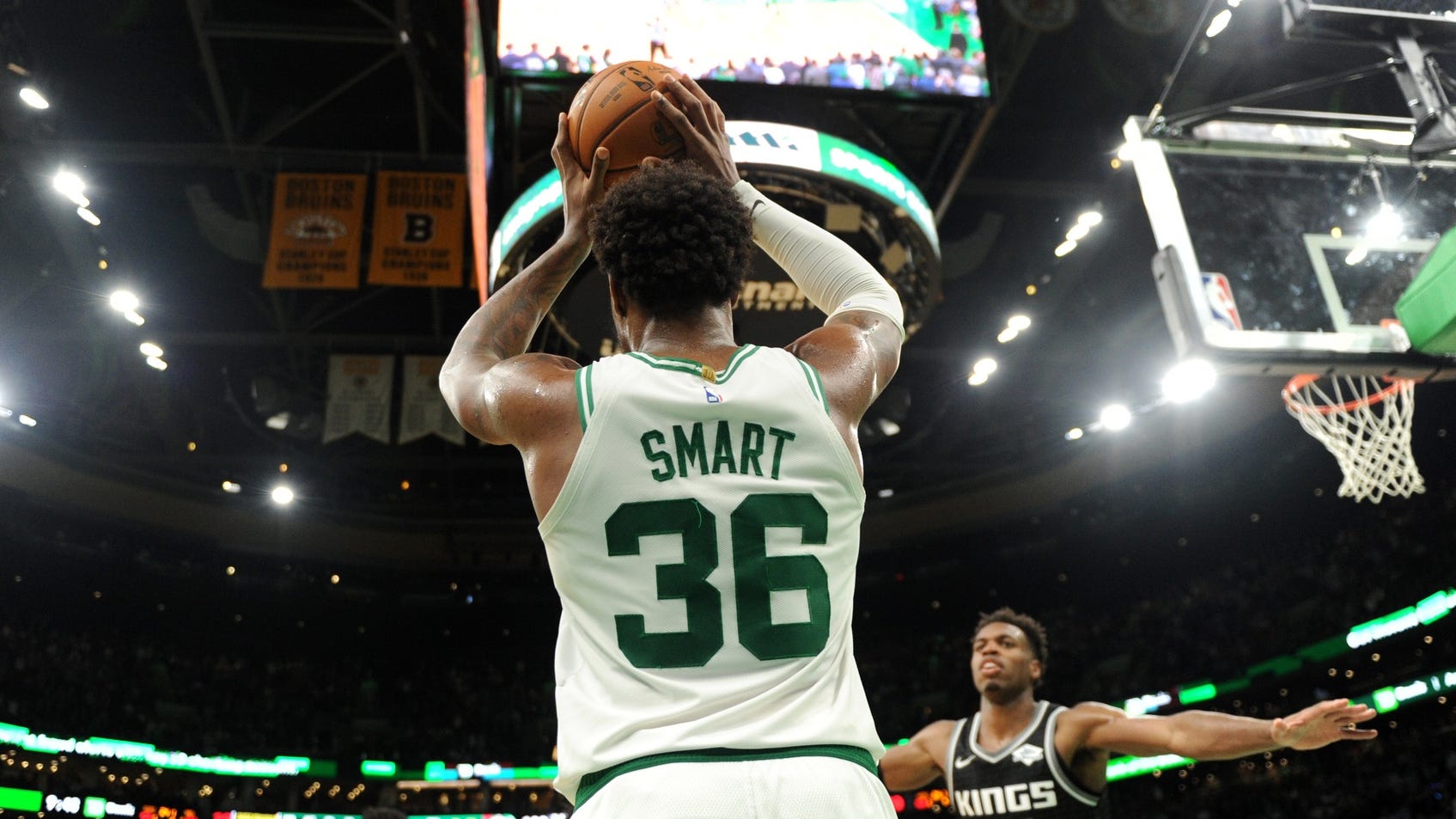 Two of his opponents -- JJ Redick, who played him frequently as a 76er, and Duncan Robinson, who is currently matching up with Smart in the ECF -- attempted to define the "Marcus Smart experience," as labeled by co-host Tommy Alter on Redick's RADIO.COM and Cadence13 podcast "The Old Man & the Three."

"I love Marcus," Redick said, "and I think... if I'm picking a basketball team, I want him on my team. He gets under guys' skin, he competes. There's a level of flopping to the 'Marcus Smart experience' but I think that overshadows all the other amazing stuff he does. He's a guy that just makes winning plays consistently.

This is just perfection overall. Double-screen, Horford pops, which JUUUUUST forces Embiid away from the rim. Smart obliterates Redick from help, Kyrie puts Butler in jail on his hip, and the finish.

Plays like the above highlight those non-statistical plays that Smart performs so regularly -- in this case to Redick -- and that Duncan Robinson considers especially important in evaluating Smart as a player.

"First and foremost, he just competes at a really high level," Robinson said. "Obviously, there's such a trend in basketball right now to talk about analytics and what's a good shot and how all these numbers can tell you who's really impacting winning and this and that, and in many ways I'm a beneficiary of that so I understand that...

"But I think a guy like Marcus is a great example to combat that, in that he does so much more than could ever show up in those sorts of stats, and he obviously does a lot for them and he's just one of those guys that is tough to play against, he makes it tough to play against. Obviously, we're gonna try to continue to make it tough on him as well."

Smart has upped his scoring averages significantly against the Heat through three games of the Eastern Conference Finals, with 20.0 points per game. He was brilliant in the round prior to this one, as well, averaging 15.7 points, 6.0 rebounds, 5.1 assists, 1.1 steals and 0.7 blocks per game against the Raptors in a great semifinals series.

Another element of his game that doesn't necessarily show up in the stat sheet? Flopping, of course, though he doesn't always get away with it. The NBA slapped him with a $5,000 fine for this one.

This initial foul call on Pascal Siakam was overturned to a foul on Marcus Smart. pic.twitter.com/xfCvtYtRHi

Robinson agreed, saying that he views it less as flopping and more as "manipulating a whistle" and continuing to draw attention to contact that may not have been called without some extra effort. He even threw his teammate, Jimmy Butler, out there as a name to consider.

"One thing I've seen firsthand with Jimmy is that he just initiates so much contact," Robinson said. "He's such a physical player on his drives that it's almost like you can't not blow the whistle because there's so much contact. And so many people say, 'oh, he's flopping, he's throwing his head back,' but really he just puts the refs in these really difficult situations."

Whatever he's doing, it's working. He's going to the line 9.5 times per game throughout the playoffs, which is fourth in the league behind only Joel Embiid, Luka Doncic and James Harden, all three of which are already eliminated. In the ECF, he's only averaging six visits to the charity stripe per night, however. Like Robinson says they're working to limit Smart, so too are the Heat working to limit Butler.

The series will continue with Game 4 on Wednesday night, with the Celtics looking to knot the series at two games apiece.