Back in September of 2020, when Kevin Durant joined JJ Redick on Cadence13 and ThreeFourTwo Productions podcast "The Old Man and the Three," available on Audacy, he was highly complimentary of star guard Jrue Holiday. In fact, Durant went so far as to call his future Eastern Conference Semifinals adversary the "best defender in the league at the guard position."

"You put Jrue in any system, any coach is going to ask him to guard the best player. We played them in 2018, second round and he guarded me the whole series," Durant said (as transcribed by USA Today). "He was picking me up full court, he was guarding me in the post. Actually, it was tough to dribble on Jrue Holiday. He slides his feet so well, he’s got good hands, he’s strong, he’s got good instincts. I gained a lot of respect for him in that series because he went from guarding me to Klay (Thompson) to Steph (Curry) to guarding Draymond (Green), neutralizing picks and rolls. He’s special. He’s special on that side of the ball."

So when it was Jrue Holiday's turn to come on the show, he returned the favor for Durant. After all, KD torched Holiday and the Bucks throughout their 2021 postseason clash — and in historic fashion at times — despite the Nets ultimately coming up short in the series. 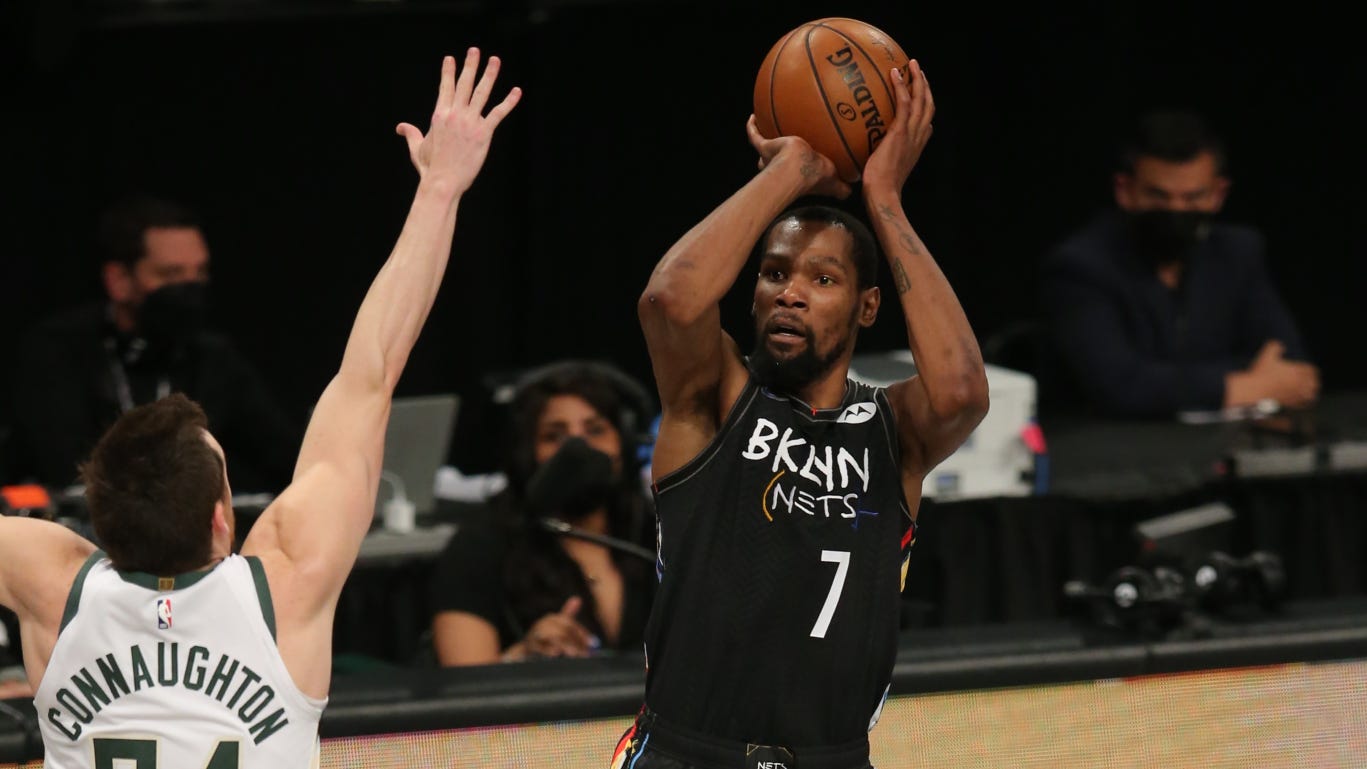 "He's unreal. He makes the game look so easy. Nothing fazes him how he plays," Holiday said on Wednesday's episode. "I mean, yes he's seven feet, but it's like he doesn't see anybody. It's just, like, him and the hoop. It's like cone drills, if you're gonna just go work out and get into your bag and work on something, like that's his game, and nobody fazes him. It's amazing to see."

In Game 5, it went from an amazing display to a hopeless endeavor for the Bucks in their attempts to stop Durant, and Holiday saw it as a different version of Durant than in years past.

"...We feel that we have a chance to win this game. And KD, he just said, 'Nah, not today,'" Holiday recalled. "And I remember after the game, we were like, 'What else can we do?' Like, trip him? Nothing, there's nothing else you can do. And after the game, it was like, well alright, we're gonna have to go home and win Game 6.

"But KD, bro, I'm telling you — now that I've played against KD in this series, and I played against him in Golden State — [he's] completely different. Like, he literally carried this team. And it was insane to be a part of."

The fact that the Bucks tried everything they could to stop Durant and couldn't, even with "the league's best guard defender" at their disposal, is obviously a tiring obstacle to overcome. This, in itself, is another element of what makes KD so special to Holiday — and he made sure to paint that picture with some interesting wording.

"Again, mentally it's draining because I feel like you do everything you can to stop somebody, and it's not working," Holiday said. "Kevin Durant is pretty much just like, this is gonna sound weird — mentally penetrating you, and he's not stopping."

On playing with and against @kdtrey5 over the last couple of months. @jrue_holiday11 pic.twitter.com/ZmTaymZfDT