HBO's "Entourage" — one of my favorite shows of all time, if not my very favorite — ran from July 18, 2004 to September 11, 2011. This, unfortunately, coincided with a brutal span of New York Knicks basketball, which wouldn't matter so much if several core members of the show hadn't grown up in New York as big-time Knicks fans.

But actors Kevin Dillon and Jerry Ferrara (Johnny Drama and Turtle, respectively), for instance, as well as creator Doug Ellin, did grow up in New York, and they're all loyal followers of the team. Kevin Connolly, who played Eric "E" Murphy, was born in New York, too, but he has previously said that he wasn't a big basketball fan until he moved out to L.A. From the start of "Entourage" to its finale, the Knicks recorded a shockingly bad 215-359 record, the worst in the entire Eastern Conference in second to only the Minnesota Timberwolves (187-387) throughout the NBA. There were only two All-Stars on the Knicks in that span — David Lee in 2010, and Amar'e Stoudemire in 2011 — and the latter joined the long list of athletes to appear on the show with a cameo appearance in its final season. Baron Davis later had a cameo in the "Entourage" movie, adding another former Knick to the list. Chris Bosh, who never became a Knick much to Turtle's chagrin, was among the many star athletes who had their moments on the small screen in a non-NBA capacity thanks to Ellin's creation.

Given the shared passion for the Knicks among the prominent core of the "Entourage" team, there's almost no doubt that the team's biggest current star — Julius Randle — would have made a cameo appearance had the show been producing new episodes right now. He did the next best thing, though, joining Ellin, Dillon and Connolly on "Victory The Podcast" to discuss his time in New York to this point with some of his biggest fans.

"I love it. I want to retire a Knick, man," Randle said. "I've always loved visiting, like I said, always loved playing at the Garden. My family enjoys it, so it's great."

Part of the appeal is being able to take the stage at the majestic Madison Square Garden every day, and he explained just how powerful the environment there can be.

"It's like a show, man. It's like a movie, it's like a movie premiere. I went to the 'Entourage' movie premiere and it's like the hype around it and everything, and then you're at the show," Randle said. "I didn't play my first year because I got hurt, but my second year was Kobe's farewell tour, so we went there (to MSG). It was Kobe's last game at the Garden and we were playing and I'm like, man, this is unreal... I'm getting chills just talking about it right now.

The news that Randle wants to retire a Knick should be music to the ears of the team's fans, seeing as he's still just 26 years old and has proven that he can truly lead a team in an All-Star capacity. Leading the league in minutes per game so far this season — and the Knicks have needed all 37.3 minutes throughout each contest — has allowed Randle to overwhelm opponents with averages of 24.0 points, 10.3 rebounds and 5.9 assists, all career highs. He's also shooting 41.5 percent from deep on over five three-point attempts per game, which is a relatively new development that has wowed many fans, including the three "Victory The Podcast" co-hosts, and one that should continue to improve.

The admiration is mutual between Randle and the "Entourage" crew, which makes it seem even more likely that any sort of reboot of the show would include a Randle appearance in some capacity.

"When I was in high school, my friend, he loved the show, but I never really was big on TV shows," Randle said. "And then I broke my leg and I don't know how I got into it but it was me and, she was my girlfriend at the time but my wife.

"We're binge-watching it and I go to practice, get my treatment on my leg, whatever my physical therapy is, and I'm rushing back home and I'm binge-watching it... I finished it in probably two weeks and I was so hurt when it was over with."

Entourage the best show ever. They gotta bring it back 🙏🏿

I feel you there, Julius. Perhaps if you lead a magical postseason run it will be all the inspiration that Ellin and the guys need to bring back our favorite show. Then you, Knicks nation and the "Entourage" fan base can all unite in one, familiar shout: 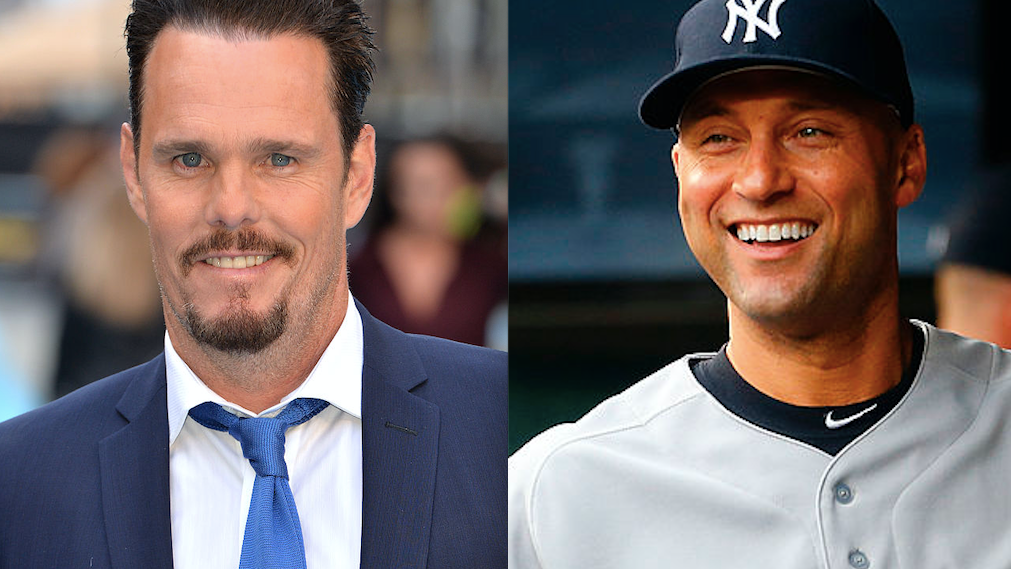