Team USA basketball is reportedly losing another player, as the roster continues to see shakeups in the days leading up to the team's departure for the Tokyo Olympics.

Cavaliers star Kevin Love, a veteran of two prior Olympics, is withdrawing from the Games and won't travel with Team USA to Japan, according to Adrian Wojnarowski of ESPN.

Love is still recovering from a right calf injury that sidelined him for much of last season, Woj added.

The reported move comes only a day after USA basketball stars Bradley Beal and Jerami Grant had entered virus protocols. 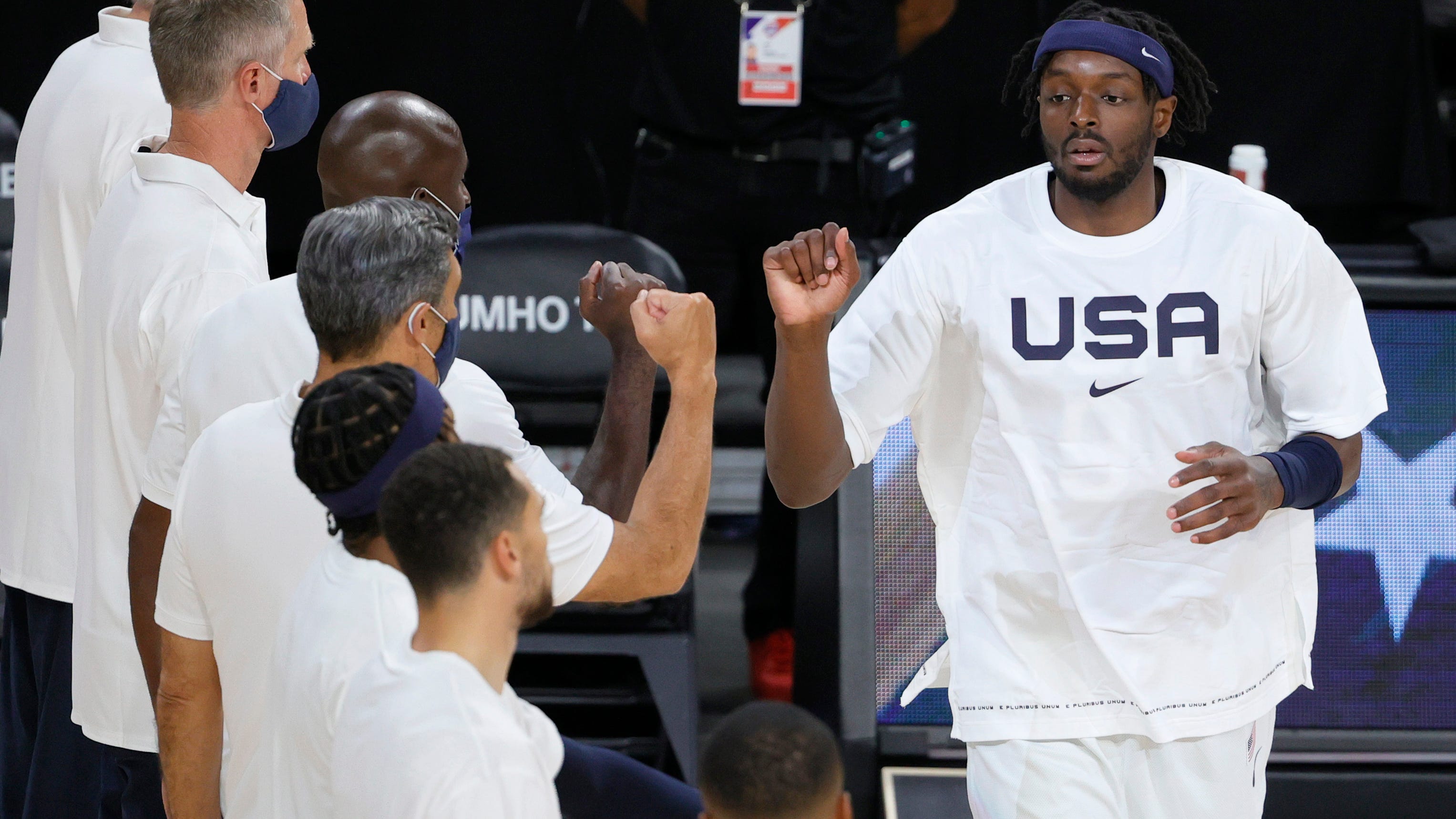 Beal, the Wizards' scoring maven, was ruled out for the Olympics and will be replaced on the roster, while Grant was expected to return after his placement in protocols for precautionary reasons, according to reports.

The Beal episode also prompted the cancelation of Team USA's scheduled scrimmage against Australia in Las Vegas on Friday.

Love, 32, was limited to 25 games last season, and has missed time in each of the past several seasons with various ailments. He won gold with Team USA in Rio in 2016 and London in 2012.

Veteran big man JaVale McGee, who spent part of last season with the Cavaliers, was reportedly selected to replace Love on the Team USA roster, according to Shams Charania of The Athletic.

The virus cases come amid a resurgence both globally and in the US, where some cities and states are reinstating mask mandates.

This week, the director-general of the World Health Organization warned of the beginnings of a global "third wave" of the pandemic, fueled largely by the delta variant. Meanwhile, case rates surged to a six-month high in Tokyo, where vaccination rollouts lagged behind other developed nations.