The Lakers, who were bounced from the first round of this year’s playoffs (they limped in as the Western Conference’s No. 7 seed), were known to be coveting a point guard to replace expected free-agent defector Dennis Schroder. Now they have one of the league’s best.

According to Shams Charania of The Athletic, Wizards superstar Russell Westbrook—a former MVP and the NBA’s all-time leader in career triple-doubles—is headed home to Los Angeles along with two second-round picks (one each in 2024 and 2028) in exchange for Kyle Kuzma, Kentavius Caldwell-Pope, former Sixth Man of the Year Montrezl Harrell and the 22nd overall pick in Thursday night’s NBA Draft.

Assuming the trade goes through, the Lakers will be Westbrook’s fourth team in as many seasons following previous stints in Washington, Houston and Oklahoma City. Westbrook wasn’t an all-league selection this year but arguably should have been, setting career-highs in both assists (11.7) and rebounds (11.5) per game while leading the NBA in triple-doubles (38). The 32-year-old has ties to Los Angeles, growing up in nearby Hawthorne, California while also reaching the NCAA Final Four as a member of the UCLA Bruins.

Westbrook can be erratic—he was responsible for a league-worst 4.8 turnovers per game this past season—and has never been a particularly polished shooter, though he should help the Lakers with his passing, tenacity at the rim and nose for the basketball.

Worn down from an exhausting stretch in the Orlando Bubble and the shortest offseason in NBA history, neither LeBron James or Anthony Davis looked like themselves in 2021, running on fumes as the fatigued Lakers needed to win a do-or-die play-in game over Golden State just to qualify for the playoffs. Adding a third star to complement James and Davis will help Los Angeles stay competitive in a cutthroat Western Conference including the likes of Phoenix (equipped with Devin Booker and future Hall-of-Famer Chris Paul), Utah (All-Stars Donovan Mitchell, Mike Conley and Defensive Player of the Year Rudy Gobert) and Denver (Jamal Murray and reigning MVP Nikola Jokic). The Clippers could also be a threat if Kawhi Leonard avoids setbacks in his recovery from ACL surgery.

As for the Wizards, getting Westbrook’s exorbitant $41-million-a-year salary off the books should allow Washington to be active in this summer’s free-agent market, perhaps adding pieces to entice leading scorer Bradley Beal, who is heading into the final year of his contract. 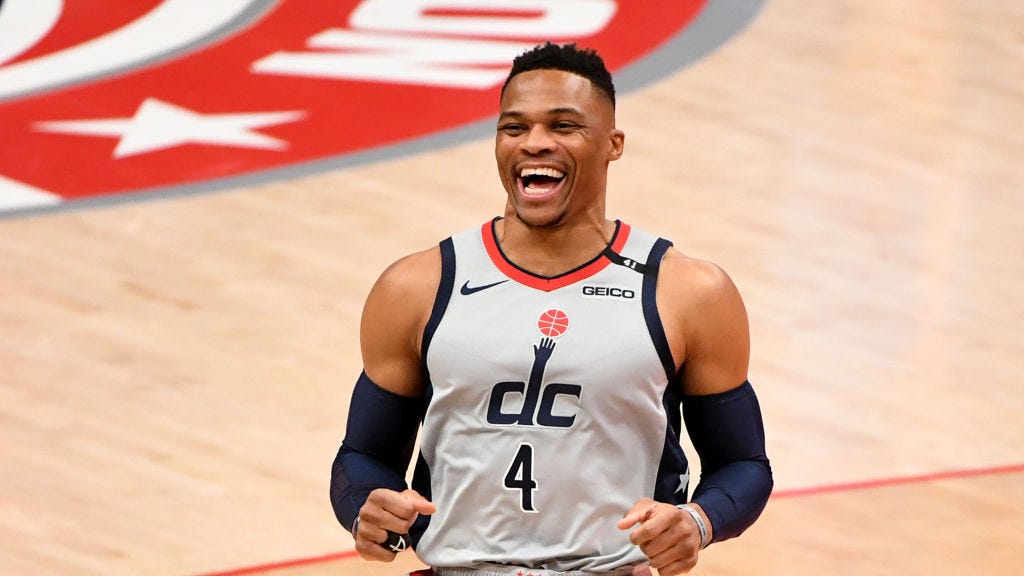