Though the NBA All-Star Game won't take place until Sunday evening, it could be argued that Saturday evening featured the most interesting slate of events.

Finally, the main event was the AT&T Slam Dunk Contest, featuring Pat Connaughton, Aaron Gordon, Dwight Howard and Derrick Jones Jr. Howard is the only one of the quartet that has won the event previously, but that came all the way back in 2008.

Throughout the evening, RADIO.COM Sports will update this piece with highlights from NBA All-Star Saturday Night. Be sure to check back for live updates: 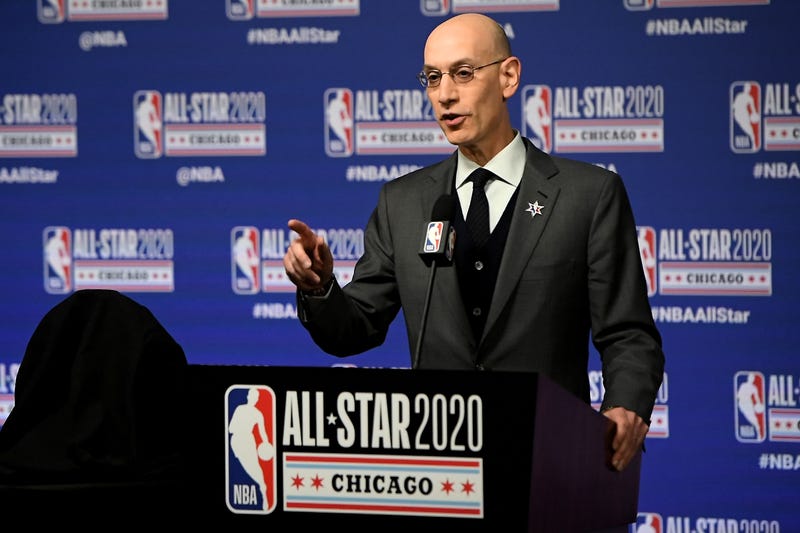 Silver's midseason state of the union was dominated with talk about the most prominent story at the season's outset, China. The commissioner denied that the league's frayed relationship with its biggest international partner will cost it $1B or more, setting the figure at $400M or less. Silver said streaming data indicates appetite for NBA content in China remains about on par with with previous years, though the games have not yet been restored on state-controlled television, CCTV. Talks have been held regarding potential NBA preseason games or Team USA exhibitions in China in 2020, Silver added, and he expects an eventual "return to normalcy" in the relationship. He wished China good luck in dealing with the Coronavirus, explaining the country's emergency response to the outbreak has delayed talks in mending relations.

Silver spoke extensively about the recent deaths of league luminaries David Stern and Kobe Bryant. Silver announced the renaming of the All-Star Game MVP award to the Kobe Bryant Award, and said the league will consider further measures in the future to appropriately honor Stern's legacy.

Finally, Silver reiterated his hope that the league will adopt an in-season tournament and play-in tournament for the final postseason seeds.

In a surprise battle of bigs, the Miami Heat's Bam Adebayo defeated Damontas Sabonis of the Indiana Pacers in the finals of the eight-man Skills Challenge competition. Adebayo beat Brooklyn's Spencer Dinwiddie and Pascal Siakam of the Raptors to reach the finals, while Sabonis beat Milwaukee's Khris Middleton and reigning champ Jayson Tatum of the Boston Celtics.

Sacramento Kings wing Buddy Hield edged out Devin Booker and Davis Bertans in a thrilling shooting exhibition. Down one point on his final shot of the second round, Hield clinched the crown by sinking a two-point shot from the corner to pass one point ahead of Booker, finishing with 27 points in the second round.

Buddy Hield hits 4 out of 5 money balls on his final rack, including the dramatic final shot to WIN the #MtnDew3pt contest with a score of 27! #NBAAllStar #SacramentoProud #StateFarmSaturday on @NBAonTNT pic.twitter.com/8lfhZz8NWo

Derrick Jones Jr of the Miami Heat won the contest in a tie-breaking "dunk-off" with Aaron Gordon, who earned perfect 50-point scores on his first five slams. Jones' final jam, a lefty windmill throwdown after taking off from just inside the foul line, scored a 48. Gordon scored a 47 on his final dunk, a two-handed jam after jumping over 7-foot-5 center Tacko Fall, a reserve with the Boston Celtics.

Jones is the first Heat player to win the dunk contest since Harold Miner in 1995. Some observers, including LeBron James, thought the tightly contest competition should have ended in a tie.

2 🏆 should have been rewarded tonight that’s for damn sure!! Keep it a buck y’all. 🤦🏾‍♂️!! Them boys both put on a show! Professional DUNKERS

Dwight Howard's opening dunk underwhelmed the crowed but looked quite impressive on replays. He was back in the dunk contest for the first time since 2008. For his second slam, Howard donned his Superman cape.

For his first attempt, Jones Jr was serenaded with "happy birthday" and a cake, then proceeded to throw down a slam while leaping over teammate Adebayo.