This wasn't the dream-come-true return home that Kemba Walker — not to mention the Knicks fan base — probably envisioned.

That just hasn't been the case throughout the 2021-22 season, with New York hovering around .500 after a fast start, and Walker has been one of the pieces that's most to blame. A statistic that helps to show this is the case? Fred Katz provided a great one: when Walker is on the bench, the Knicks have the best defensive rating (99.0) in the league. When he's on the floor? They're dead last (116.3).

Granted, it's unfair to solely pinpoint the blame on him, but he certainly hasn't been what the Knicks wanted him to be. For that reason, he was pulled from the starting lineup in a move that wasn't particularly surprising, but one that still felt like a gut punch. It's more surprising that he's not going to part of the rotation... at all? 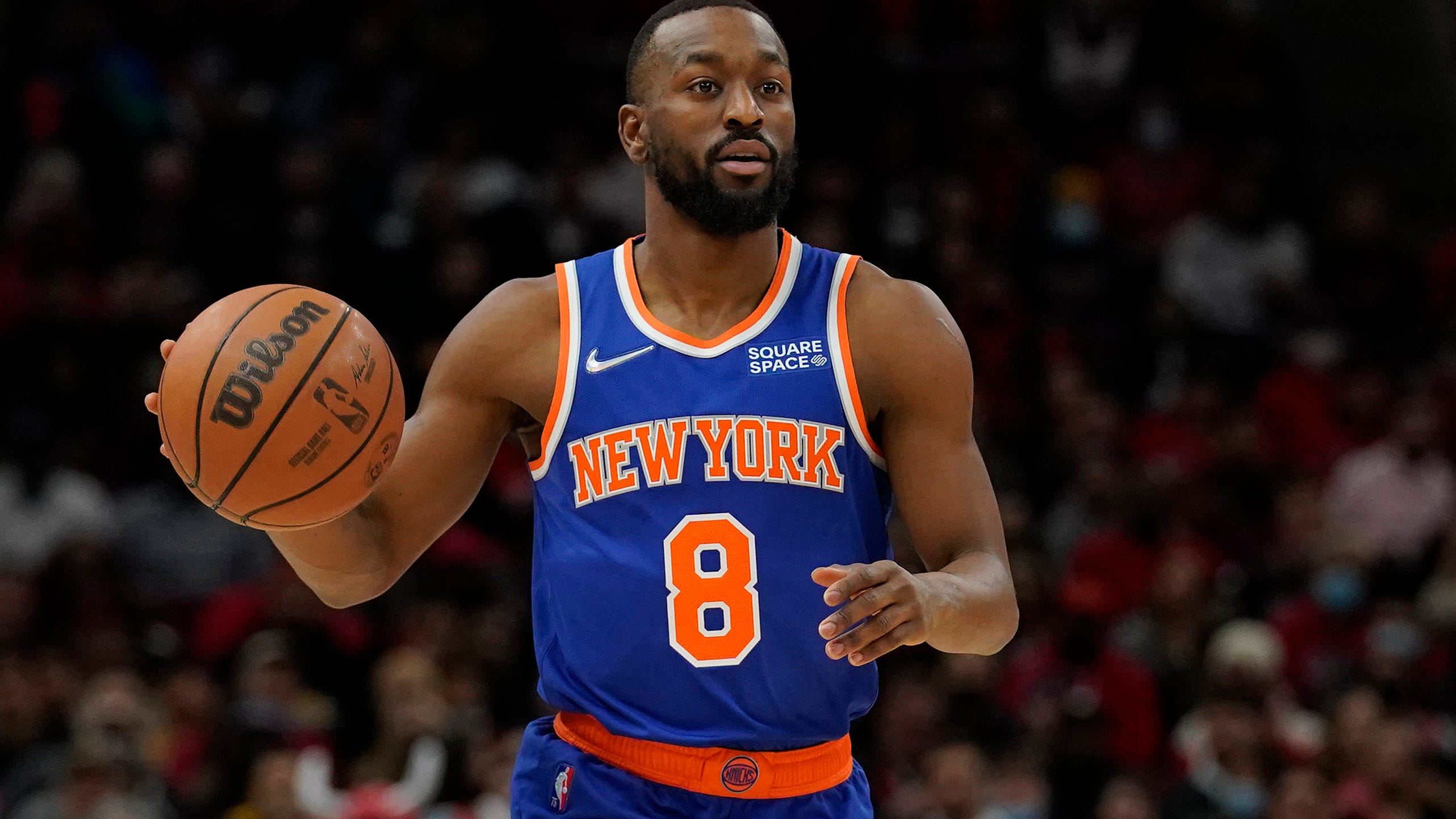 And when a move as significant as this one occurs, the next step in the natural progression of things simply has to be a whirl of trade rumors. It's the unwritten rule of sports, and it's true in this occasion. According to Bleacher Report's A. Sherrod Blakely, "multiple league sources believe the Knicks will look to trade Walker, whose value on the trade market, much like his production, is at an all-time low."

If he's not going to be playing in the rotation, you might as well trade him, right? *Cough, cough,* 76ers. The report continues that as the trade deadline draws closer and teams get more desperate to add shooting help in their hunt for postseason glory, Walker could still hold appeal in that light. After all, he's shooting 41.3 percent from long range, which is actually the best rate of his whole career despite a slightly smaller per-game sample size.

Where might he go? The Rockets were one suggest landing spot, who have to deal with another inactive veteran point guard in John Wall, though he could turn heads if he decides to play and, well, plays effectively. A one-for-one deal would make no sense at all in my eyes, and it wouldn't match-up financially, and Sherrod Blakely acknowledges this, saying that "the key to a deal with New York will be the compensation agreed upon beyond those two marquee players."

Walker, as previously mentioned, is owed $17.9 million over the next two seasons. Wall is owed just a bit more: $44.3 million this year with a $47.4 million player option next season that he'd be — pardon my french — batsh** crazy not to accept.

Now there's only 1 step remaining for the trade to be completed... https://t.co/mRIDDxJSFk pic.twitter.com/UvdwEl8iVG

The Rockets may not be the only suitor, if they even are in the conversation. According to Jordan Schultz, three teams have reached out to the Knicks about a potential Walker trade, so it might be easier to unload him than previously thought. Then again, the Knicks might not want to get rid of him, but the recent signs point toward the idea that they just might.