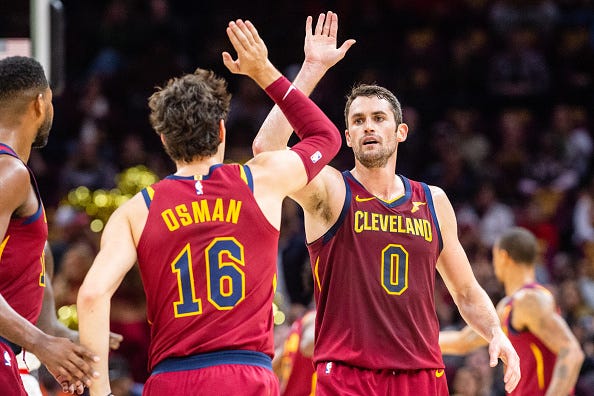 The next organization to take a step towards ending the stigma around mental health is none other than the NBA, now implementing new initiatives with the wellbeing of its players in mind.

According to the Bleacher Report, the NBA is putting in place new requirements that will aid in the event of a mental health emergency. The initiatives include making a couple of licensed mental health professionals available to players in need. They will also make available a psychiatrist should situations require further assistance.

In an effort to protect privacy and confidentiality, teams will also be required to have a written plan of action should one of their players suffer from an urgent mental health incident.

These plans will be discussed at a September 12th meeting surrounding health and wellness.

The new initiatives follow the brave openness of key NBA players like Kevin Love of the Cleveland Cavaliers and DeMar DeRozan of the San Antonio Spurs. Both have spoken out about their struggles and aim to reduce the harm of a stigma surrounding these issues.

NBA Commissioner Adam Silver has opened up about the struggles that face NBA players with mental health concerns, pointing to the nature of the job as well as social media for the recent spike in mental health matters.

These changes will mark the most significant step the NBA has taken in recognizing the importance of mental wellbeing in its players.

RADIO.COM’s I’m Listening initiative aims to encourage those who are dealing with mental health issues to understand they are not alone.