Former NFL Rookie of the Year Robert Griffin III is fed up with how the Browns are using Odell Beckham, arguing Cleveland should trade the star receiver if they’re not going to feature him.

It’s time for the Browns to Trade OBJ

The Browns need to trade OBJ because they don’t feature him, some games they don’t even try to throw it to him, their QBs don’t seem to be able to sync up with him on the deep ball or any other route. He is wayyy to talented to be this poorly utilized. Oh and now he is hurt 🤦🏾‍♂️

Griffin, who had a cup of coffee with Cleveland in 2016, is understandably frustrated, not wanting a player of Beckham’s elite caliber to go to waste. Advanced metrics show Beckham, who missed Weeks 1 and 2 while recovering from ACL surgery, has gotten open at will this season, though lately, it hasn’t mattered. He’s yet to score a touchdown this year, spending most weeks as a forgotten man on an offense that would rather run than throw (only New Orleans and Chicago have run on a higher percentage of plays). Even without their top two running backs—Nick Chubb and Kareem Hunt—Thursday night, the Browns struggled to involve Beckham, who finished with two catches for 23 scoreless yards in a win against Denver.

Pointing to his lack of chemistry with quarterback Baker Mayfield (who also spent Thursday night as a spectator), many have wondered aloud if the Browns are better off without Beckham, who, for whatever reason, has never quite jelled in Cleveland. Squandering a talent as prolific as Beckham, a three-time Pro Bowler capable of doing this, would seem to be an indictment of the Browns, a team that entered the year with Super Bowl aspirations but hasn’t lived up to those lofty expectations (4-3).

Beckham has largely behaved himself in Cleveland (a stark departure from his tabloid-headlining days in New York) and answered diplomatically when asked about his reduced role earlier this month. But with the trade deadline fast approaching (it’s scheduled for November 2nd at 4 PM ET), might the Browns follow Griffin’s advice and see what teams are willing to offer for OBJ? At this point, they’d be foolish not to. 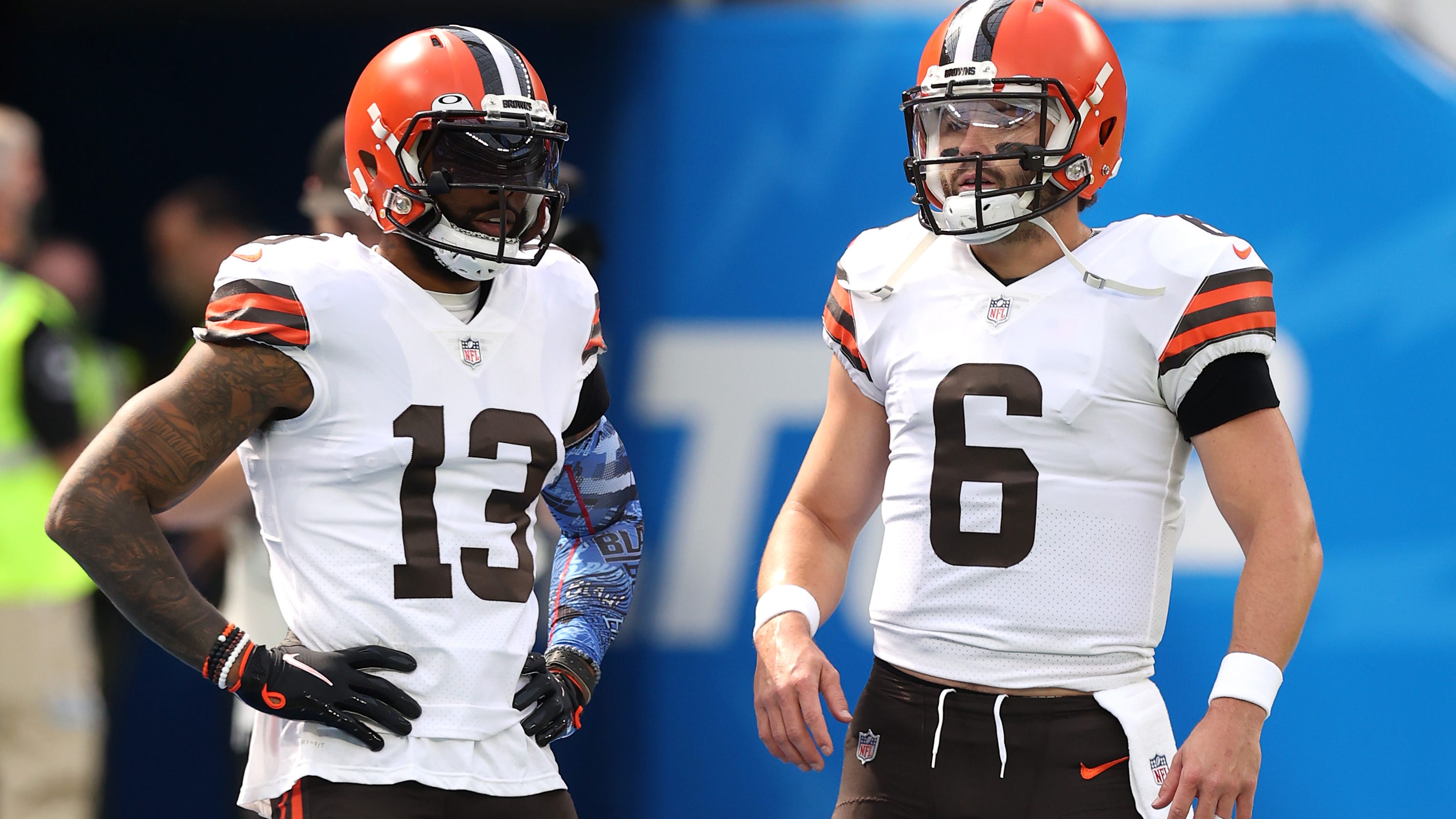