Russell Westbrook is sick and tired of being at the mercy of an NBA venue's security personnel to protect him from abuse from opposing fans.

After exiting Game 2 of the Wizards-76ers playoff series early with an apparent ankle injury Wednesday night, Westbrook hobbled off the court in the fourth quarter. As he made his way towards the tunnel, a Philadelphia fan dumped popcorn from above, showering Westbrook, who had to be restrained by accompanying personnel. 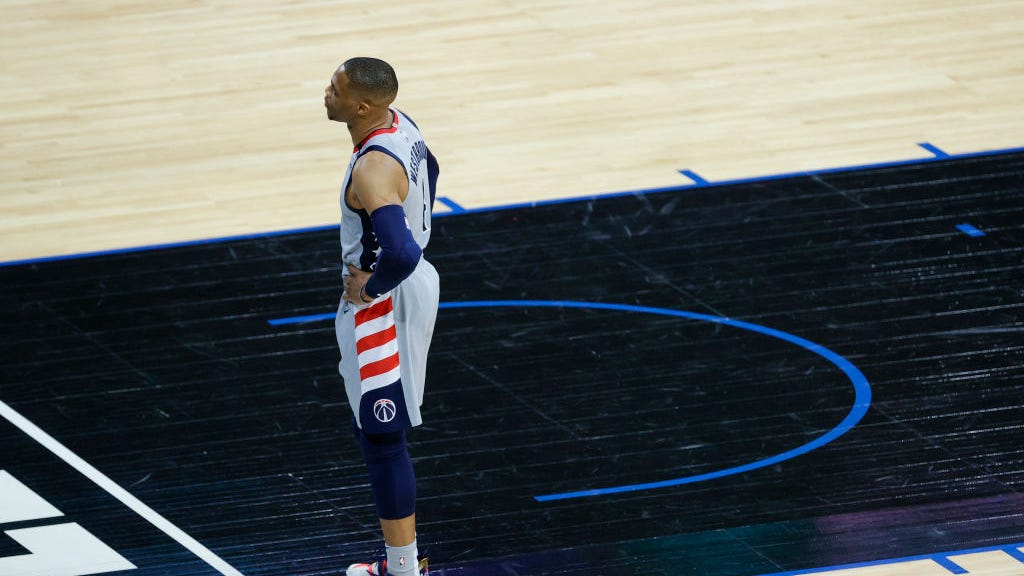 Westbrook was outraged and disgusted to have to be dealing with negative fan interactions once again, sounding off in the locker room after the game.

"Man I don't know, bro. Unfortunately, I was leaving out and then I just felt popcorn on top of my head," he said. "And to be blatantly honest, man, this shit's getting out of hand. Especially for me. Just the amount of disrespect, the amount of just fans just doing whatever the fuck they want to do. It's out of pocket, man. It's out of pocket. Seriously."

Valerie Camillo, President of Business Operations for the Wells Fargo Center, issued the following statement after the game: "This was classless, unacceptable behavior, and we’re not going to tolerate it at Wells Fargo Center. We’re proud to have the most passionate fans in the country and the best home-court and home-ice advantage around, but this type of behavior has no place in our arena."

Westbrook, who's been subjected to fan abuse previously in his career, called on the NBA to protect its players better at opposing arenas, suggesting the league impose some sort of penalty to dissuade such behavior in the future.

"A guy isn't going to come up to me and [say something] to me about my kids, my family on the street because it'd be possibly different," Westbrook said. "These arenas have got to start protecting the players, man. We'll see what the NBA does. There's a huge [unintelligible] for us as players, at least for me. I've been in a lot of incidents where fans, they say whatever and the consequences for me are a lot more instrumental than to those people in the stands because they feel like they're untouchable.

"Fortunately I couldn't get to the stands," he continued, "but I just don't take that [unintelligible]. To me, it happens to me a lot of times. Obviously I've learned to put it away, but to a certain extent, you can't just keep looking the other way. There has to be some penalties or something to put in place where fans just can't come to the games and do and say as they please, because they wouldn't do that shit anywhere else, in any other setting, and I'm sick and tired of it, honestly."

Scott Brooks on the fan throwing popcorn on Russell Westbrook: "Philadelphia's better than that, if it did happen... hopefully that person is banned from the league." 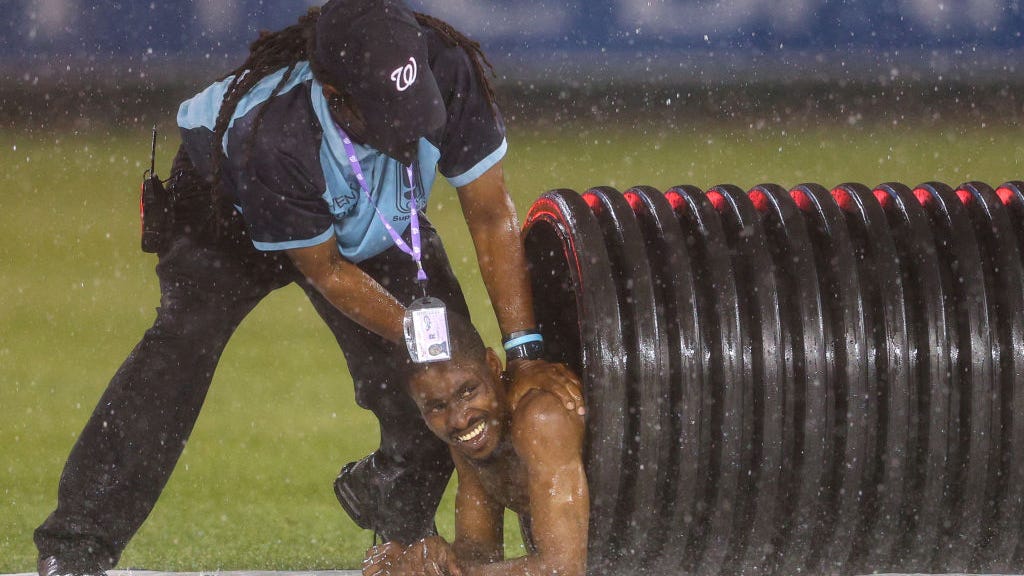