It would be an understatement to say the Celtics missed Marcus Smart in Game 1. Returning to the lineup after missing Tuesday night’s opener with a “mid-foot” sprain, the NBA’s Defensive Player of the Year shook off a slow start (he missed nine of his first 10 shots) to finish with 24 points including 11 in the third quarter as the Celtics cruised to an easy Game 2 victory over Miami in the Eastern Conference Finals, evening the series at 1-1.

Though best known for his defensive intensity, Smart has made significant strides on offense this year, developing into a true point guard while averaging a career-high in assists (5.9 per game). During his third-quarter surge, the 28-year-old sank an impossible shot, skying over the backboard while absorbing contact from Heat big man Bam Adebayo. He even made the free throw for good measure. In fact, the Celtics, who have won each of their four games following losses this postseason, didn’t miss a free throw until the fourth quarter, converting 21 of their 23 attempts from the charity stripe (91.3 percent).

Marcus Smart from behind the backboard 🤯#NBAConferenceFinals presented by Google Pixel on ESPN pic.twitter.com/ov9DU1WgUf

The play was reminiscent of a Larry Bird highlight from 1986, when the Celtics legend drained a similarly improbable jumper from behind the backboard.

Eager to make up for lost time after spectating Tuesday night (and wearing an outfit straight out of Magnum P.I.), Smart emptied his bag of tricks, undressing Max Strus with a filthy crossover later in the third quarter.

"A little shake and bake" by Marcus Smart ☘️#NBAConferenceFinals presented by Google Pixel on ESPN pic.twitter.com/4K1FzKBBeQ

Thursday’s outcome was never in doubt with the Celtics receiving monster contributions from Smart, Jayson Tatum and Jaylen Brown, who combined for 75 of Boston’s 127 points. That’s the most points Miami has allowed in a single game this postseason.

The series will resume Saturday night in Boston with Game 3 slated for 8:30 PM ET on ABC. 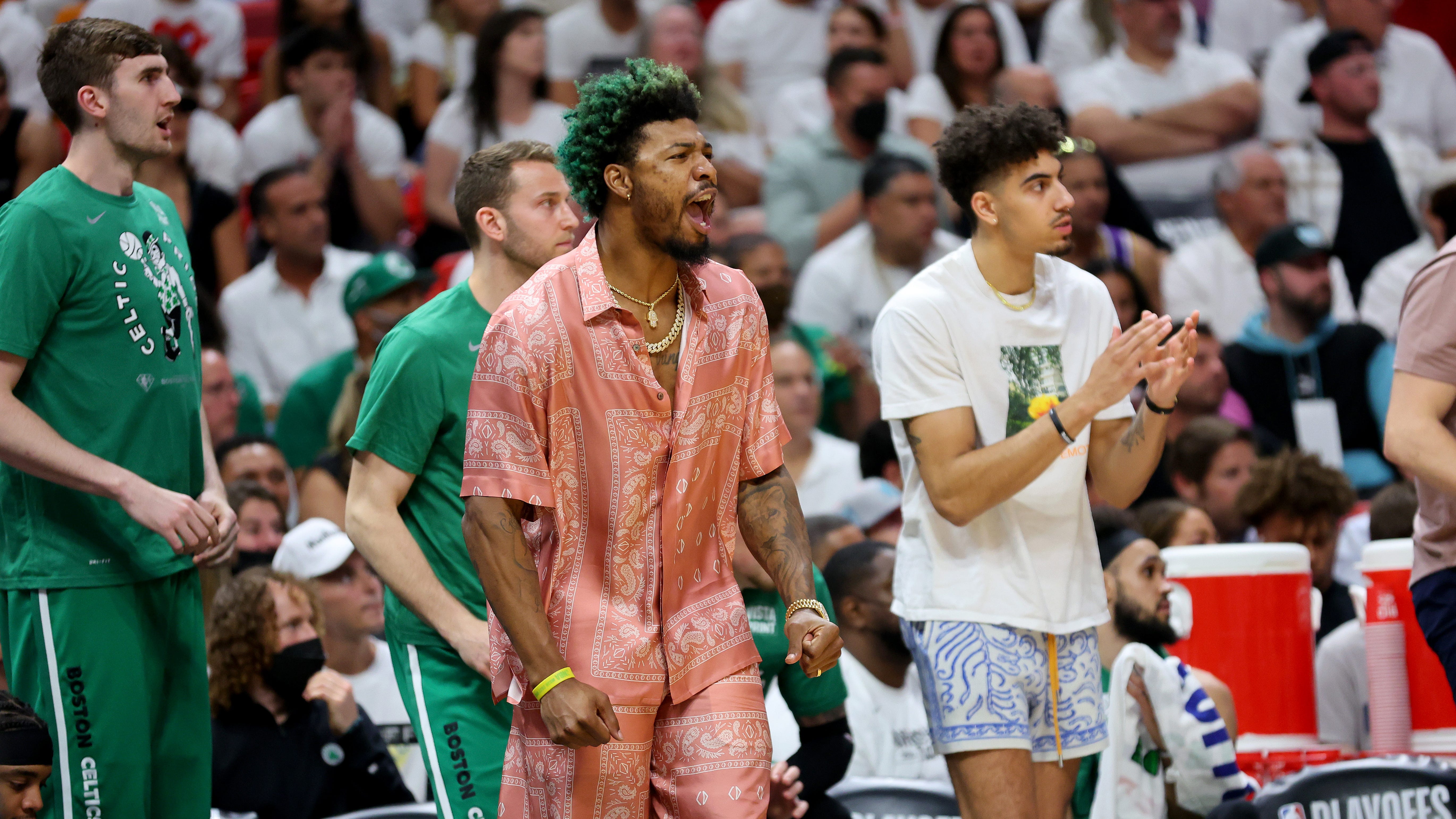 Marcus Smart’s 'Miami' outfit had everyone on Twitter talking