If you're a 76ers fan and you think back to Game 7 of the Eastern Conference Semifinals against the Hawks, there is likely one play — and one play only — that immediately comes to mind.

Ben Simmons did not just pass this up... pic.twitter.com/4JyM7ZHNkJ

That play has been a microcosm, if you will, of Philly fans' frustration, rage, impatience, skepticism — whatever word you want to use — toward Ben Simmons, who has now reportedly decided that he will not play another game in a Philadelphia 76ers uniform. And though that play wasn't the standalone event that started this storm, it was a game-changing moment that, to many, doomed the 76ers' chances of beating the Hawks in the eventual series upset.

Matisse Thybulle finds that interesting, if only because a play that was made not too long after — Thybulle's shooting foul that awarded Kevin Huerter with three attempts from the line — was technically more impactful on the eventual result of the game. Philly's third-year defensive specialist joined "The Old Man and the Three," available on Audacy Sports, to talk about the pair of plays and the subsequent reaction from 76ers fans.

"There's a lot to be said... he was thrown under the bus," Thybulle told host JJ Redick. "Like, you asked me if I had been booed or people had been made at me — I made the foul that lost us the last game, and I received almost no [hate]. There's a little bit on Twitter, but the Ben hate was so much louder."

Redick mentions, like I did earlier, that there had been anger growing toward Simmons prior to that point, but Thybulle stood firm that his foul was the more impactful moment in the team's loss.

"Just to build the frame of reference, like I lost us the game, which lost us the series, and no one really spoke about it," Thybulle said. "But they want to talk about the passing up the dunk and passing it to me more than my foul..."

Thybulle feels bad for Simmons as he goes through what is looking like quite the messy divorce — "I really do feel for him because this would suck for anybody" — and is looked at, as is the case with many athletes, as more of a commodity than a human being in trade discussion. What's more, Thybulle and Redick both added, is that Simmons is exceptionally good in certain areas, but that everyone wants more.

"His ability to just flip a switch and lock down an entire court is like nothing I've ever seen, because he's 6-10 and runs like a gazelle," Thybulle said. "I've watched him pin Luka to the half-court line... Luka's a big dude and he's a very skilled guard. Like, that's unheard of. He's (Simmons) done things that you could never teach to anyone. And that's not something you could even develop over the course of your career. He has the ability to do things that a lot of players will never be able to do."

But he also can't do one big thing, and if you haven't been living under a rock, it's shooting the basketball. He's a career .147 three-point shooter on 34 attempts — which shows both his inability and unwillingness to attempt them, despite everything you see in practice videos — and his free-throw percentage plummeted to a near-unusable 34.2 percent during the playoffs in 2021. For what it's worth, Thybulle is also not a great shooter, as he's converted 99 of 300 career attempts at a 33 percent clip, but it's not as if he doesn't put himself out there. That may have been a skill he learned early on, as another interesting tidbit from his interview revealed that he used to be terrified not of three-pointers... but of layups.

"Steals were something that came very naturally to me when I was young — this is bringing back nightmares — I would run so fast because I just wanted to get to the rim, and then the ball would just bounce off the backboard so hard, and I had no way of controlling it," Thybulle said. "And it became this thing where it was like, I'd get a steal, miss a layup and give it right back to them. And then it became this fear of like, I wanted to steal so bad and I would get it, and now it's just me and the hoop.

"...It was really scary. First of all, the same that goes into missing a fast-break layup. Every basketball player that's done it feels it and knows it, and I was doing this to myself multiple times a game... I was like terrified. Terrified."

Eventually, Thybulle taught himself to slow down until he was able to dunk, eliminating the issue. I can't help but wonder if that fear is what Simmons experiences every time he takes a three-pointer — or even a free throw — but I digress.

Check out the full interview (embedded above )for other stories on Thybulle's experiences with Joel Embiid, his rise to YouTube stardom and more. 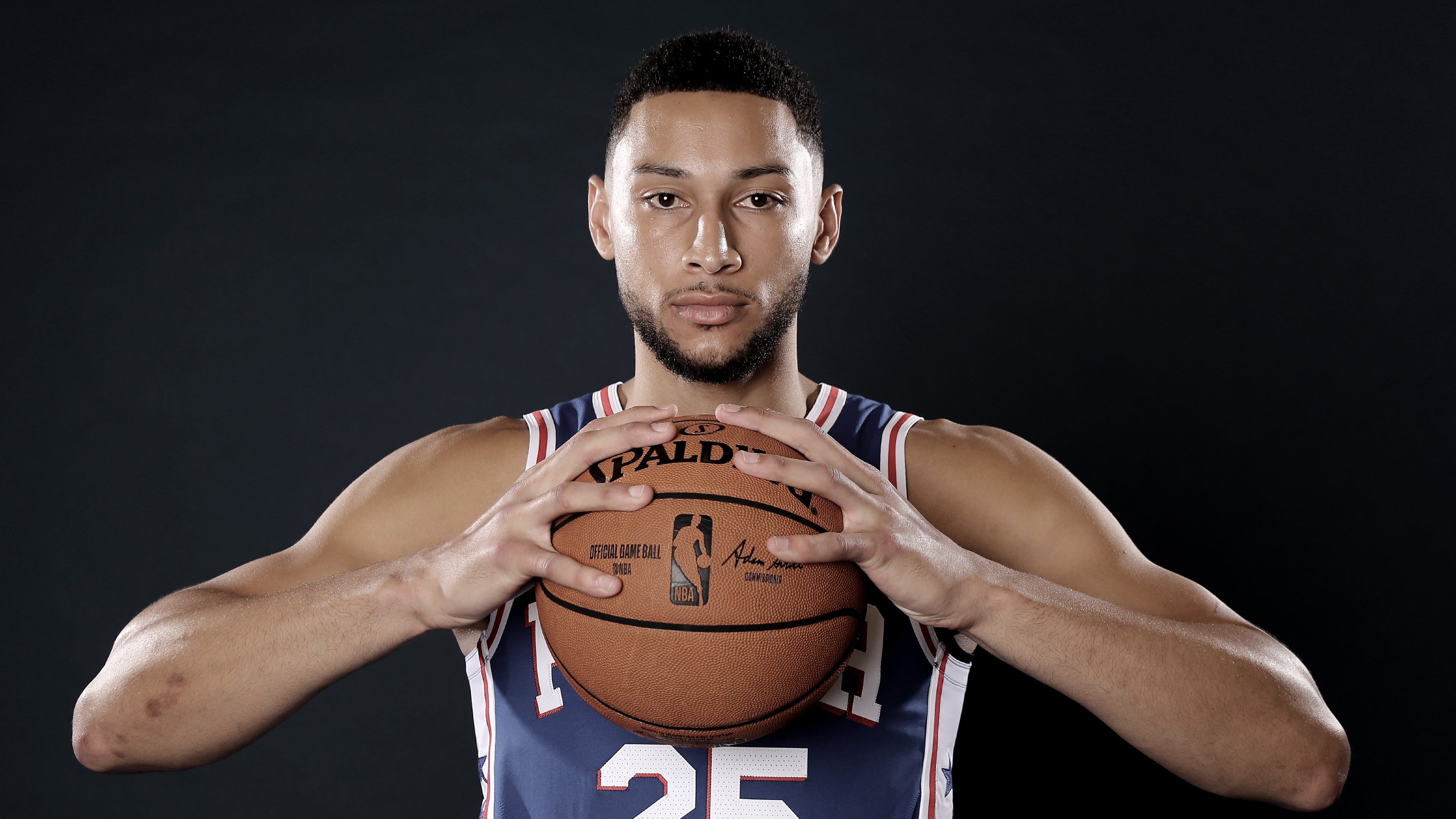