With Joel Embiid getting the night off for load management, backup center Andre Drummond was thrust into the starting lineup Monday against Portland, contributing 14 points, 15 boards, seven assists and five steals in a 113-103 Sixers victory. Drummond, who joined Philadelphia as a free agent this offseason, wasn’t given much notice about starting, learning the news not from coach Doc Rivers, but a Twitter notification that popped up on his phone.

“Embiid hit me with the okey-doke today. Usually he'll take a couple plays off at shootaround just to rest so I didn't know what was going on until I got here,” explained Drummond, a two-time All-Star and four-time NBA rebounding champ. “So I saw the alert on Twitter and said, 'Oh s---, I'm starting today.”

Andre Drummond on Joel Embiid: “He hit me with the okey-doke today. Usually he'll take a couple plays off at shootaround just to rest so I didn't know what was going on till I got here. So I seen the alert on Twitter and said, 'Oh shit, I'm starting today.'” pic.twitter.com/4NGLtmDHe5

Given their lack of bodies, Monday’s triumph may have been the shorthanded Sixers most impressive of the season, beating a perennial playoff team without the help of arguably their three best players—Embiid, Tobias Harris (COVID protocol) and Ben Simmons (personal). Hobbled veteran Danny Green was also limited, logging just 19 minutes before exiting with hamstring tightness.

“I was joking with [owner] Michael Rubin that you only had $105 million not playing tonight,” quipped Rivers, who seemed to revel in the challenge of piecing together a rotation from scratch. “We went with some crazy lineups. A lot of small ball.”

Drummond had his fingerprints all over Monday night’s win, shooting a perfect 4-of-4 from the charity stripe (a rarity for the 6’10” bruiser, whose career 47.1 free-throw percentage is the second-worst in NBA history) while leading Philadelphia in +/- (+15). The 28-year-old figures to play an important role this year, spelling Embiid whenever the All-Star big needs a breather.

Winners of three straight, the 76ers will have their hands full when the Bulls—owners of a league-best 6-1 record—visit Wells Fargo Wednesday night. 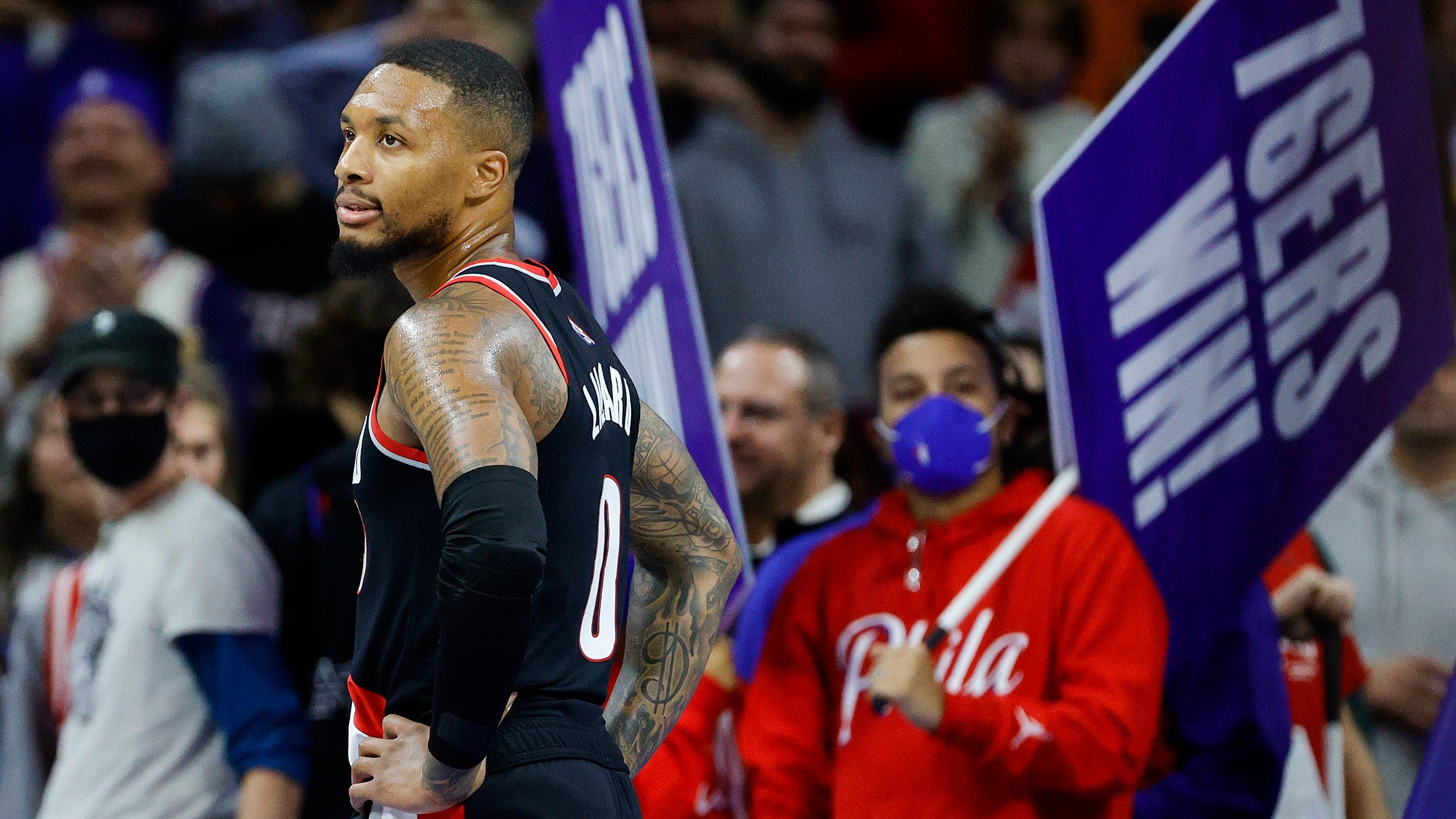