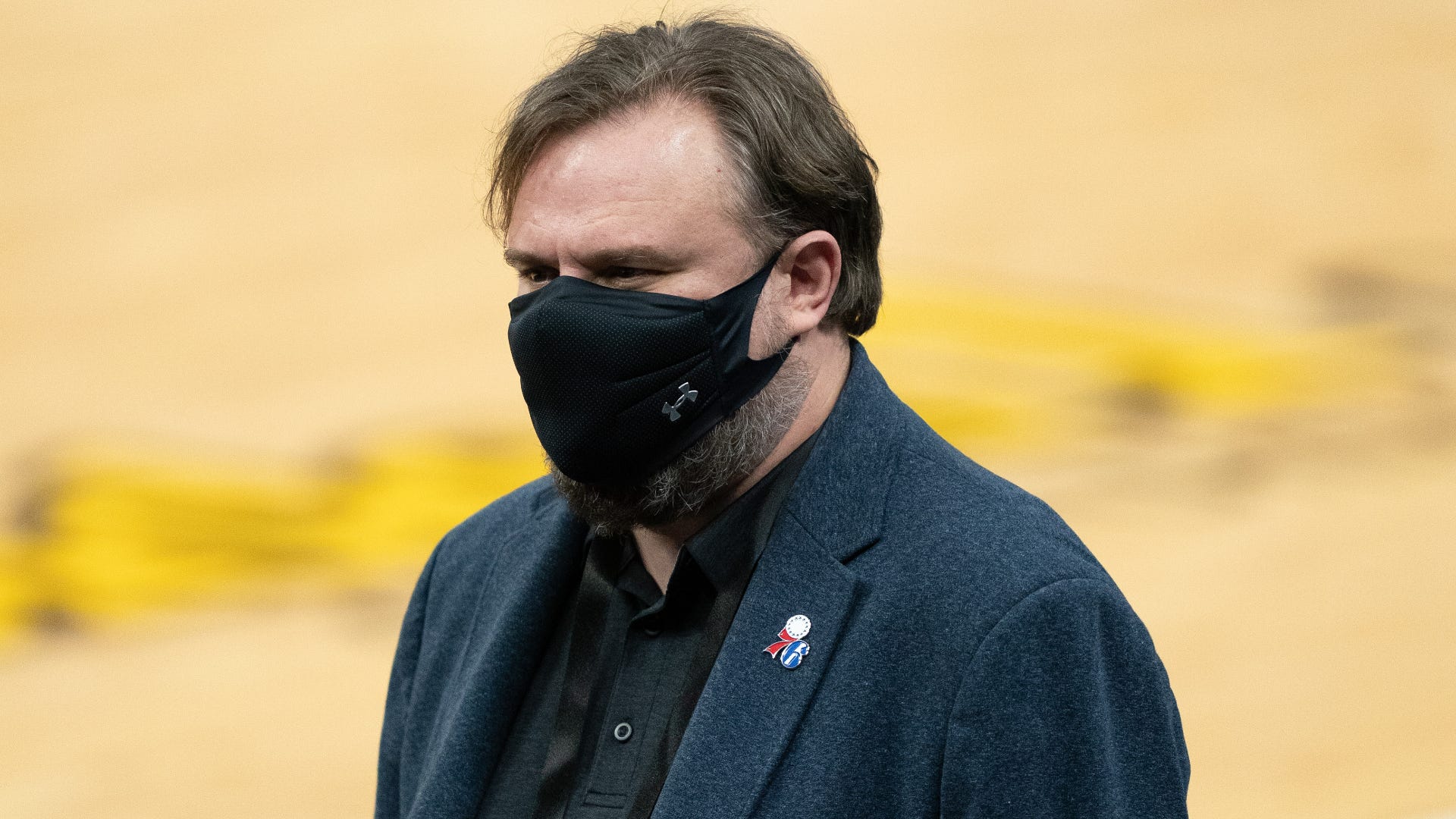 The fact is that no one really knows what direction we'll eventually head in, seeing as all the rule changes in the world of Major League Baseball aren't exactly working without controversy to this point. What we do know, however, is that certain players would benefit a whole lot from such a change, specifically in the event that the league adds a new way to score even more points and reward better shooters with more valuable opportunities.

Who better to use as an example than Mr. Stephen Curry, who is almost undoubtedly the best three-point shooter of all time and continues, somehow, to take his game to previously unseen levels, even during a down season for the Warriors, coming off an injury-riddled campaign and on the wrong side of 30. His statistics and shooting splits, as usual, are remarkable: a league-high 31.9 points per game on 48.7 percent from the field and 42.9 percent from three-point land. He's in first in three-pointers made (324) and attempted (755) and is never scared to pull up from what normal people consider an uncomfortably long distance.

So let's reward him for those long attempts. What would count as an extra long attempt and thus worthy of a four-point value? In December of 2020, researchers Hunter Zhang and Ian Braud with the Northwestern Sports Analytics Group found that 30 feet would be an appropriate distance, giving this explanation:

If the NBA doesn’t want the four-point line to turn its games into long-distance shoot contests, the efficiency of the four-point shot should not be greater than that of the three-pointer and the two-pointer, which means that its distance should be greater or equal to 29 feet (where the expected value of four-pointers is 0.9229). Additionally, since we estimated the expected value for four-pointers using past data, we should also account for the future increase in four-pointers’ accuracy as players train on that shot. Finally, taking into account that it should not be too far away as it would make it more of a gamified trick shot, we settle that the line should be at around 30ft from the rim, with an expected value at 0.693, which is slightly below that of two-pointers. At this distance, we won’t see players hoisting too many four-pointers but it would still be taken at desperate moments or when a player needs a heat-check. This would give more excitement for tight game scenarios and players with extreme marksmanship the opportunity to let their unique skills shine.

Now, it's math time, so skip ahead to the next paragraph if you're not interested in all of these numbers. According to NBA.com, Curry has attempted 74 three-pointers from a distance between 30 and 34 feet, hitting 35 of those shots, good for an otherworldly 47.3 percent. He's just 2-21 from 35 feet and beyond, which we also need to take into account. If we remove those 37 four-point makes away from his three-point makes (324) and the 95 four-point attempts from his three-point attempts (755), he becomes a 289-681 (42.4 percent) three-point shooter and a 37-95 four-point shooter. Thus, because those 37 four-pointers are worth more, Curry gets an extra 37 points added on to his total scoring from this year.

All of this tells us that, if shots from 30 feet and over were worth four points, Curry's scoring average would go from 31.9 to 32.5. That's not overly exciting... but wait, there's more! We're not accounting for the fact that a four-point line would entice Curry to take a much higher volume of shots from that range. Even without that incentive of an extra point, Curry has begun taking many more deep threes. He took just 33 shots in between 30 and 34 feet in his 2014-15 and 2015-16 MVP seasons cumulatively, and has more than doubled that number to this point in the 2020-21 season alone.

Let's just say that the 30-foot line was implemented for the 2020-21 season, and Curry decided to take 300 shots from that distance instead of from normal three-point range. Should he have converted with the same accuracy as his current sample size (47.3 percent), that's 142 more points to add on to his scoring total. Now, he's averaging 34.2 points per game. He may take more from that distance, or he may take less. The Warriors' entire offensive game plan may lean on Curry launching with reckless abandon from beyond 30 feet. His point per game average could be anywhere from 35 to 37 at that point, if not higher, and he'd likely be able to hone his skills as well.

TL;DR — the four-point shot could very reasonably add three to five points per game on to Curry's scoring average, which is already tops in the NBA.

The only player who might benefit more than Curry is Damian Lillard, who has attempted 108 shots from 30-34 feet out. At the same time, he has only sunk 34.3 percent, which is a far cry from Curry's accuracy. Trae Young has taken a larger percentage of his three-pointers from beyond 30 feet — around 22 percent of them — going 28 for 73 on 30-plus-footers, but that seems slightly flukey considering he's knocked down eight of 11 from beyond 35 feet. From 30-34, he's shooting just 32.3 percent.

Other names like Luka Doncic, James Harden and Kyrie Irving come to mind when considering who this rule would affect most, but no one's mixture of accuracy and volume would even seem to approach what Curry could do with more points. A five-point increase to an already league-leading 31.9 points per game? Potentially even more accuracy overall from three due to defenders not being able to play that far out? In a league that Curry has figured out from top to bottom, a four-point line would just make him even scarier.