After a week where there were no top 25 matchups, Week 4 of the college football season features three games between top 25 teams.

There are also plenty of interesting conference games taking place this weekend as the college football season starts to heat up.

Here’s what to watch for:

This week’s Friday night game is the perfect start to an action-packed weekend. Utah heads to Los Angeles to face USC in a Pac-12 matchup that could impact whether or not Pac-12 will get any representation in the College Football Playoff. The Utes would need the road victory to help build their case. They have already beaten BYU, whom USC lost to, but the Trojans are tough at home. Utah has not beaten them in the Memorial Coliseum since joining the Pac-12, so this is no easy fight for the Utes.

There is plenty of anticipation and excitement heading into the Notre Dame vs. Georgia game. Georgia grocery stores have even banned Irish Spring soap all week in lead up to the game, so you know they are taking things seriously. The game could have serious College Football Playoff implications. A Georgia victory would severely damage Notre Dame’s playoff chances and boost Georgia’s chances with a significant non-conference win. But if the Irish win? Well, a road win over an SEC powerhouse would go a long way in solidifying their status as an elite team. It would be a blow to Georgia, too, but they could still survive if they win the SEC. So, there is plenty at stake, particularly for the Fighting Irish, in this game. 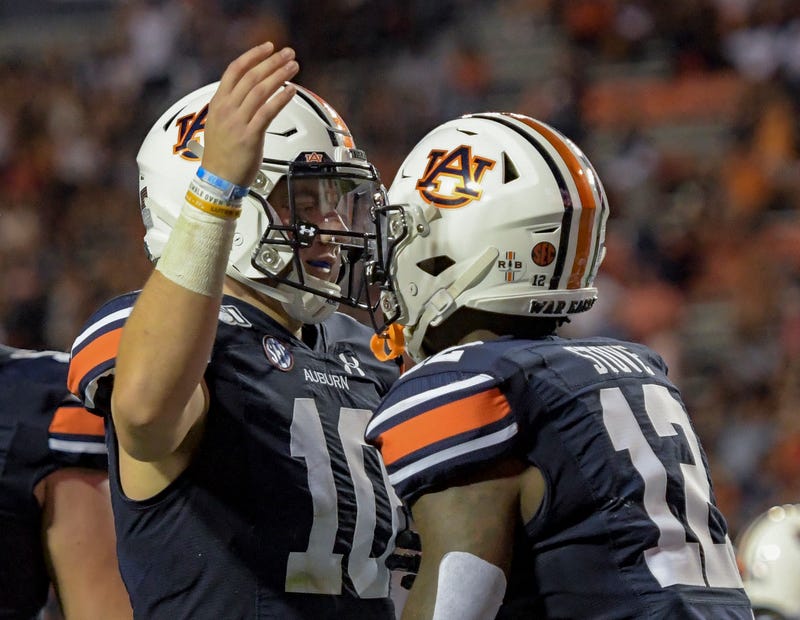 This SEC West matchup is the first conference game for both of these teams and could pave the path for either team’s playoff chances. Auburn already has an impressive win over Oregon and can build on that with a road win over Texas A&M. The Aggies have a bit more at stake. A loss would effectively end any chance they have at the College Football Playoff. Their lone loss came to No. 1 Clemson, but two losses, including a conference loss at home, would be near impossible to overcome.

Typically, the early slate of games do not give very enticing matchups, but that is not the case this week. Michigan and Wisconsin square off in a pivotal Big Ten matchup with the winner putting itself in position for the Big Ten title. Wisconsin enters with a daunting defense and backfield threat in Jonathan Taylor. The Wolverines were nearly upset by Army at home two weeks ago and need a win to get things back on track. Doing it on the road against Wisconsin would be the perfect remedy to steer the season back on course.