Lane Kiffin walked off the Ole Miss bus in a New York Giants No. 10 jersey. When he took it off, it was replaced by a white sweatshirt emblazoned with the words "Manning 10."

It was the clearest sign that it was a special day out in Oxford, other than host of Mannings, including Archie, as Eli had his number retired by the university.

The No. 10 joins Archie's No. 18 and Chucky Mullins' No. 38 as the lone numbers retired by Ole Miss, where both Archie and Eli played before going on to long NFL careers.

"I loved Ole Miss. I grew up a fan. Came to games here, came to the Grove," Eli said in an interview on CBS. "I remember 35 years ago when they retired my dad's jersey."

Check out the moment when Manning's jersey was retired below. Can't see the video? Click here.

"It's an honor to be up there with my dad and Chucky Mullins."

Eli Manning. Immortalized in Oxford. He spoke with @JamieErdahl about what it means to have his No. 10 retired by @OleMissFB. pic.twitter.com/w7Sm8id3Fw

Another pair of important Manning's on hand? That'd be Cooper, along with his son and mega-QB prospect Arch Manning. The Isidore Newman junior is already being courted by many of the nation's top programs, including LSU and Ole Miss.

"[It's] just unbelievable," Eli said of having his jersey retired. "That was never the goal, I never really though about that ever happening or being a reality. I just loved my time here, I loved being a player here. I love Oxford. I love Ole Miss and I love coming back and being a fan."

The moment comes as Manning is still fresh in his retirement, hanging up the New York Giants jersey Kiffin is an owner of after the 2019 season. Unlike his father, who played for multiple teams after his Saints tenure, Eli played his entire 16-year career in one jersey, twice winning Super Bowls over Tom Brady and the New England Patriots. Manning now serves in a business operations and fan engagement role with his former team.

He also picked a good day to celebrate Ole Miss, with the Rebels sprinting out to a 17-7 lead before his halftime moment. 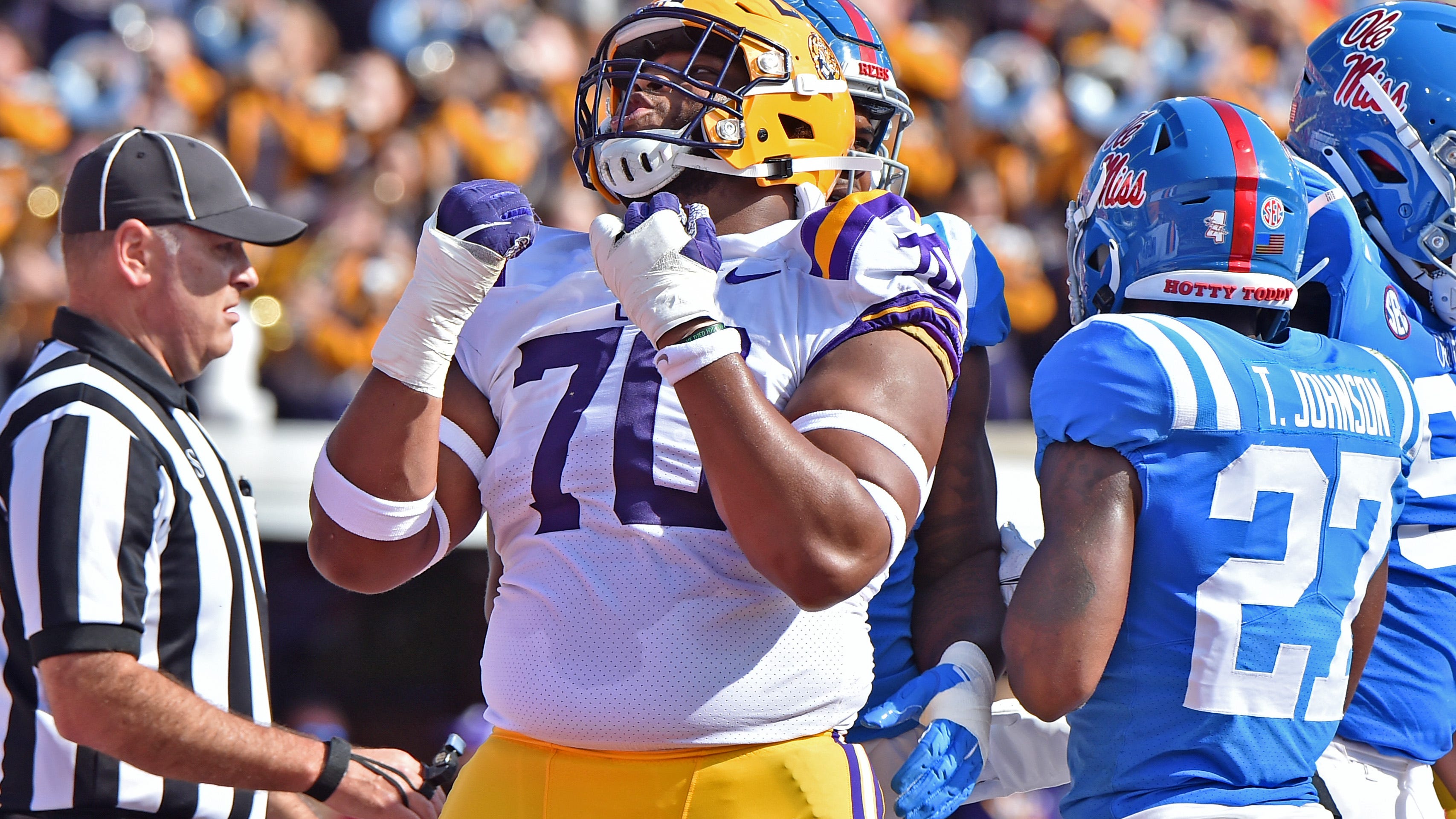