We're back with another one!

With less than a month ago before the season kicks off, and with some optimism from some of NFL's most highly respected reporters, we're still getting into gear as if the football season will take place normally.

Daily testing through the start of the season. Things are headed in the right direction, good move. https://t.co/ZgU3wRIHgj

There have been player opt-outs, legal issues and various speculative statements from coaches that have affected our draft board from earlier in the offseason. You can check out our initial mock draft, from May, here.

Without further ado, here's Version 2.0 of our 12-team PPR mock draft, featuring both national and local writers and producers with RADIO.COM Sports. 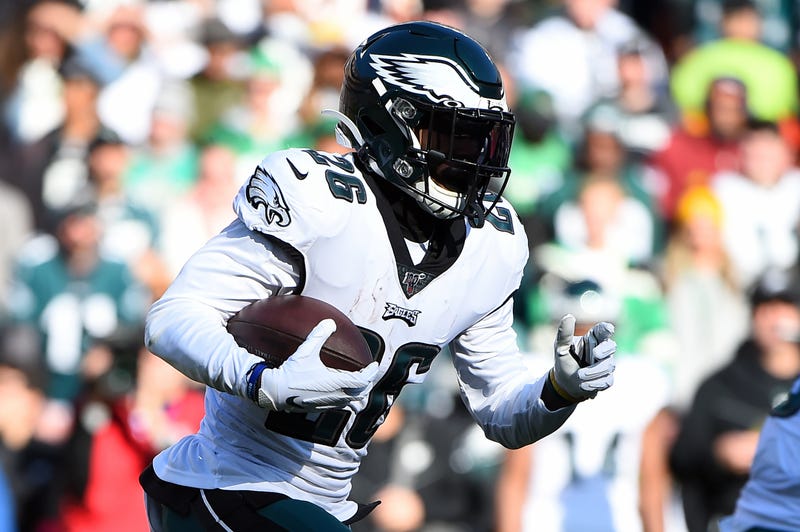 Miles Sanders has said he could have been a 1,000-yard rusher in 2019, and we think he should reach that number in 2020. Photo credit (Will Newton/Getty Images)

These are two guys who could easily be top-five picks in multiple leagues, regardless of the format. Cook's health is the only thing that keeps him from being a consensus top-five pick, but his upside is the No. 1 overall player. Edwards-Helaire has the Kansas City backfield practically to himself after Damien Williams opted out, and that's probably the best offensive to be the lead running back in, period.

The worst pick was Lamar Jackson, until Mahomes went two picks later. Perhaps Jackson being taken so early would spur a run of quarterbacks early -- which completely goes against my drafting philosophy, especially when you can get someone like Daniel Jones or Ben Roethlisberger after everyone's QB situations are settled -- but taking Mahomes here while some potential top-five options were still there is a questionable call. However, Clark explained that he didn't trust Dalvin Cook and that, outside his top-five big board guys (CMC, Barkley, Elliott, MT, Kamara), he likes getting a top quarterback.

Autodraft got a steal here, as Adams could have the highest target share of any receiver in the league and has proven to be a reliable fantasy WR1 as long as Aaron Rodgers is in town. And I don't mean to toot my own horn here, but getting Ekeler at the end of the second, as opposed to where I usually see him go in PPR drafts (early-mid second round) and after 13 other running backs, just feels like a huge steal for me. Ekeler and CMC means I'm set at the position for pretty much the rest of the draft, minus some security options.

I don't see anyone here who screams out "reach" or anything like that. I commend my fantasy show co-hosts Stephen Andress and Jesse Pantuosco for grabbing running backs in both the first and second rounds, as I did. You'll see just how many great receivers are available in the rounds below. 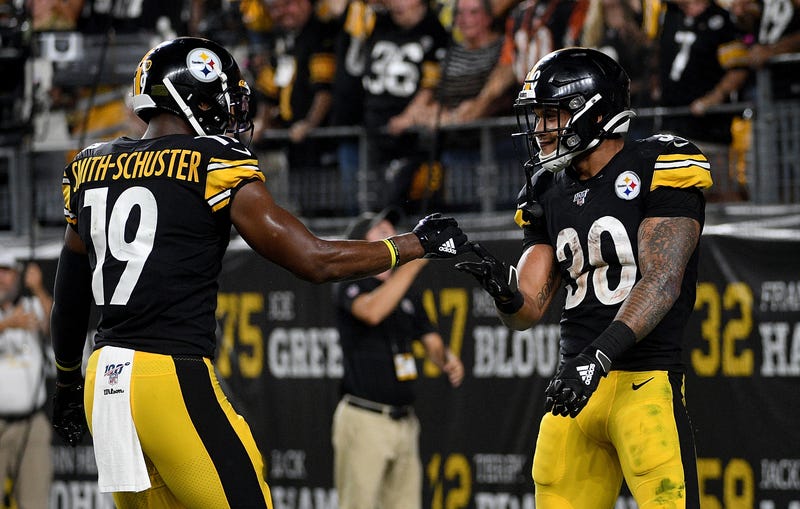 Thielen is going to get targets. Like, a lot of targets. Like, so, so, so many targets, that even if he's draped by defense, he'll still find a way to get you fantasy points. I honestly like him as a fantasy option more than I like Mike Evans with an aging Tom Brady or Odell Beckham in a run-oriented, questionable Browns offense. But I like Allen Robinson more than Thielen, Beckham, Evans, Smith-Schuster and Cooper. He put up great numbers with Mitch Trubisky and Chase Daniel, and it's kind of a win-win situation for him this season. If Trubisky gets the starting job and keeps it, it means he'll be playing well, which likely bodes well for Robinson. And if Foles has the job, his production is almost sure to increase.

It's fair for both Tim and Jack to have grabbed their running backs at this point so that they had two somewhat sturdy guys in their lineup, but this is also a good reason as to why getting two running backs right off the bat should be the strategy this season. Swift doesn't even have the starting job yet, which is why he (usually) will fall to the fifth round or so. Fournette has a starting job but clearly isn't thriving in Jacksonville.

Best picks: ALL
Worst picks: NONE

I think this was a very well-drafted round of fantasy football, which is honestly a rarity. But drafters filled positional needs, dipped into the next tier of tight ends at the right time, snagged some low-floor, high-ceiling running backs when their value dictated those moves... no critiques here. 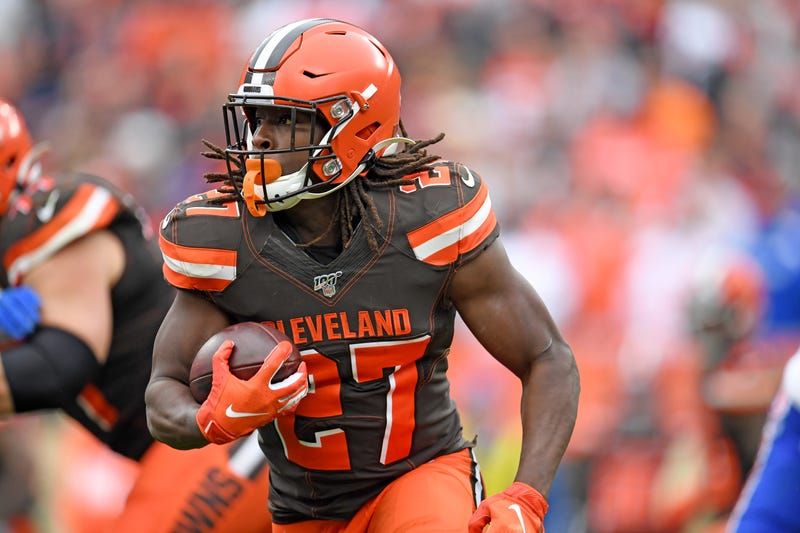 The DK Metcalf is there, and it's well-deserved, but people continue to sleep on Tyler Lockett. Russell Wilson has as much trust in Lockett as any quarterback has in their favorite receiver, and Metcalf's emergence could even be a helpful factor to get the speedy Lockett in open space.

Maybe I'll be eating my words when the season is over. Maybe he and Brady will immediately rekindle that connection. But my gut tells me that it's wayyyyy too early to take a flier on him, especially when Godwin and Evans are there to wreak havoc and when Gronk hasn't stepped on an NFL field in quite some time. 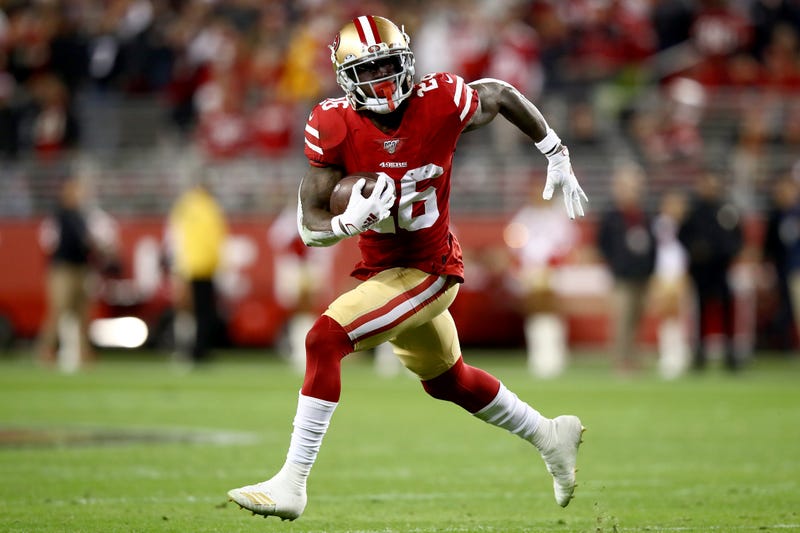 Tevin Coleman finds himself in a crowded backfield and with some intriguing names ahead of him in 2020. Photo credit (Ezra Shaw/Getty Images) 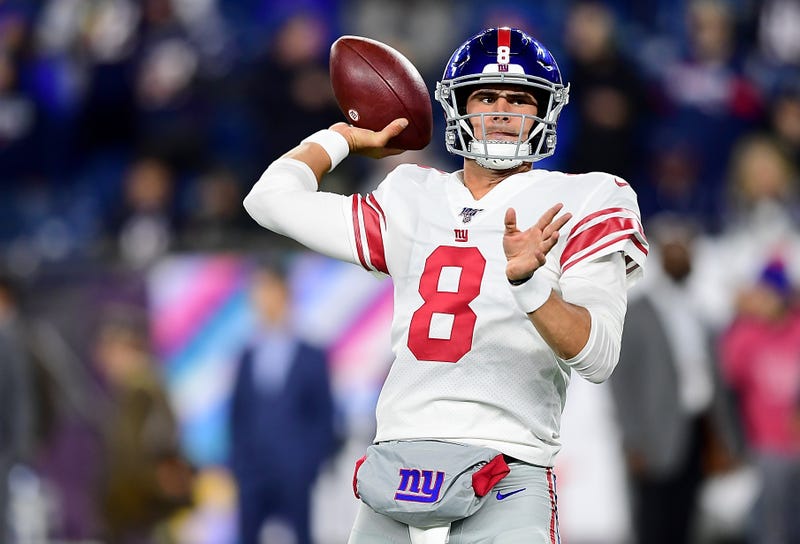 Daniel Jones is an example of a late-round fantasy quarterback who could produce top-10 numbers. Photo credit (Billie Weiss/Getty Images)