Draft Day wheeling and dealing is an annual rite of passage in the NFL. We’ve seen deals of all shapes and sizes—modest moves up or down the order, teams embracing their win-now mandate by flipping draft capital for known assets, quarterback-desperate teams selling the farm for a future franchise cornerstone. Big or small, draft weekend is when NFL GMs really earn their paychecks. This year offers an unusual assortment of moving parts with a host of disgruntled talents looking for clean slates elsewhere. Not all of these proposed swaps will come to fruition—maybe none of them will. But the draft is about dreaming big, so why not reach for the top shelf? Here are five Draft Day game-changers that could rock the NFL landscape. 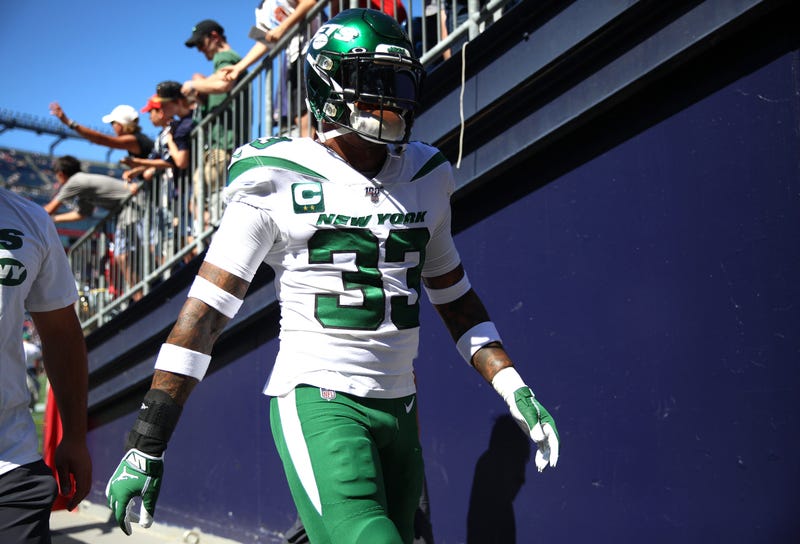 The Jets and their stud safety don’t appear any closer to a long-term extension and while GM Joe Douglas is on record saying he wants to “keep Jamal here for a long time,” that’s easier said than done. The 24-year-old All-Pro is still very much in the prime of his career and will no doubt command top safety money on his next contract. Eddie Jackson’s $14.6 million AAV—the current high-water mark among NFL safeties—will likely be the starting point in negotiations for Adams. Any chance of a hometown discount went out the window when New York entertained offers for Adams during last year’s trade deadline, which reportedly didn’t sit well with the 2017 first-rounder.

It would take quite a haul to pry Adams away from the Big Apple but if anyone would take that plunge, it’s Cowboys owner/GM Jerry Jones, an undaunted go-getter with a rare stomach for blockbuster trades. The Cowboys appear to be all-in after making Amari Cooper the richest wideout in league history and assigning the franchise tag to Pro Bowl quarterback Dak Prescott, fresh off career-highs in both touchdowns (30) and passing yards (4,902). Adams would be a massive get for a secondary reeling from the loss of Byron Jones, who defected to Miami on a landmark, five-year, $82.5-million free-agent pact. Even with budget constraints (only 11 teams have less cap space at their disposal), there’s no doubt Jones would love to put a star on Adams’ helmet. 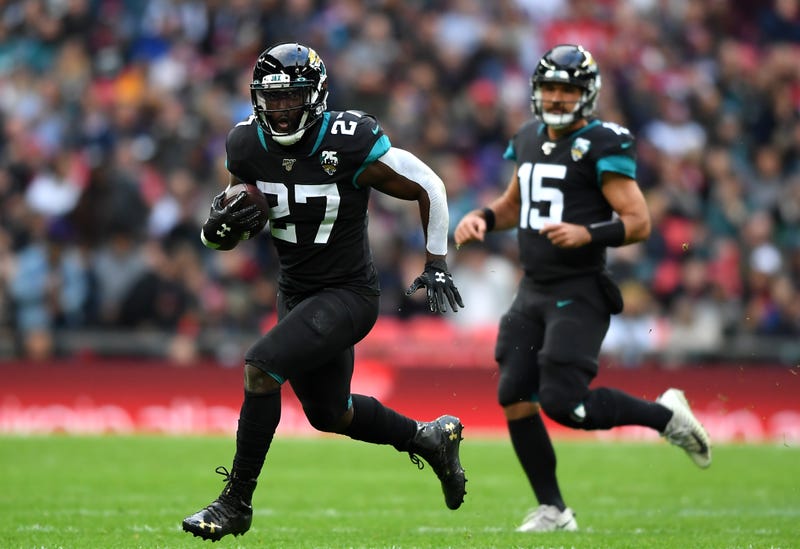 Jacksonville’s fire sale that began with trades of Jalen Ramsey, Nick Foles and A.J. Bouye seems likely to continue this weekend with Yannick Ngakoue and fourth-year ball-carrier Leonard Fournette both rumored to be on the block. Though the end zone largely eluded him (three total touchdowns), Fournette made noticeable strides in 2019, registering career-highs in rushing yards (1,152), yards per carry (4.3) and games played (15).

The Bills, who pursued Melvin Gordon before he synched up with Denver on a two-year, $16-million contract, have been installed by Vegas as the betting favorite to acquire Fournette with Miami and Detroit in close pursuit. The ground-leaning Bills have finished among the top-six in rushing attempts each of Sean McDermott’s three seasons in Orchard Park and are looking for a backfield weapon to complement sophomore enforcer Devin Singletary, whose 775 rushing yards ranked fourth among rookies in 2019. Singletary’s receiving struggles were evident as a rookie (five drops) and Fournette would certainly be a boon in that area after leading the Jaguars with 76 catches last season. 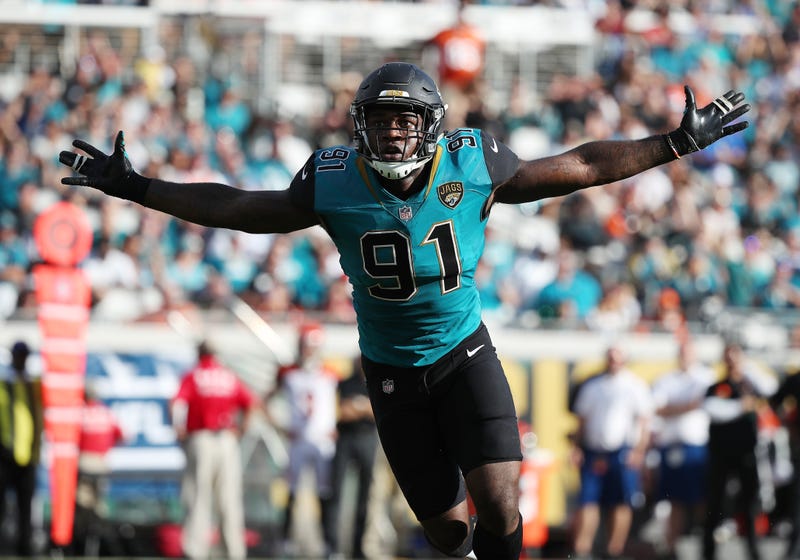 Yannick Ngakoue to the Eagles

Jaguars Pro Bowler Yannick Ngakoue has drawn a very clear line in the sand. He wants out of Jacksonville and, if recent tweets are any indication, the disgruntled pass-rusher has no qualms burning every bridge on his way out of Duval. The four-year vet recently got into it with Tony Khan (son of Jaguars owner Shad Khan) on Twitter, calling Khan a clown while pleading for him to “stop hiding.” With tensions escalating in Jacksonville, Ngakoue figures to be jettisoned in the near future with draft weekend potentially serving as the deadline to strike a deal.

Philadelphia should be among several teams interested in the talented 25-year-old, who tormented opponents to the tune of eight sacks and four forced fumbles in 2019. The Eagles sniffed around Jadeveon Clowney and could be in the market for further improvements after already adding defensive stalwarts Javon Hargrave and Darius Slay in free agency. It should be noted Ngakoue is a D.C. native who played his college ball at the University of Maryland, only a two-hour drive from the Eagles’ home digs in South Philly. GM Howie Roseman appears to be zeroing in on a receiver at 21st overall in Thursday night’s draft, but there are plenty of them to go around in an ultra-deep class. Would the Eagles consider using their first-rounder to entice the Jags (who already boast a pair of top-20 selections) and addressing their pass-catching need later? It’s worth a phone call to find out. 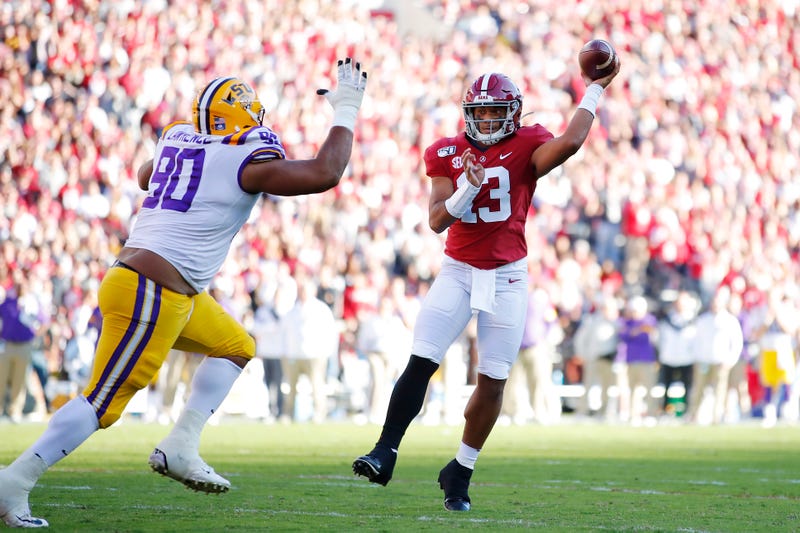 Tua to the Patriots

In an article of bold trade proposals, this bombshell tops them all. We’ve learned to take draft rumblings with a grain of salt (this is smokescreen season, after all) but the buzz linking Tua to New England seems to be growing with even NBC’s Peter King beginning to believe it. It would take a perfect storm, but the once remote possibility of Tua landing in Foxboro can no longer be dismissed, especially with crafty devil Bill Belichick (a known pal of ‘Bama coach Nick Saban) pulling the strings. At least three teams have scrapped Tua from their draft boards citing injury concerns, which could give New England the opening it needs to pull off a Draft Day stunner.

The Patriots have played it coy to this point, reiterating their confidence in 2019 fourth-rounder Jarrett Stidham while hanging free agents Cam Newton and Jameis Winston out to dry. The renegade Belichick has never cared much about appeasing New England’s fan base, but securing a household name like Tagavailoa would be a nice morale-booster for a region still licking its wounds from Tom Brady’s surprise free-agent exodus. 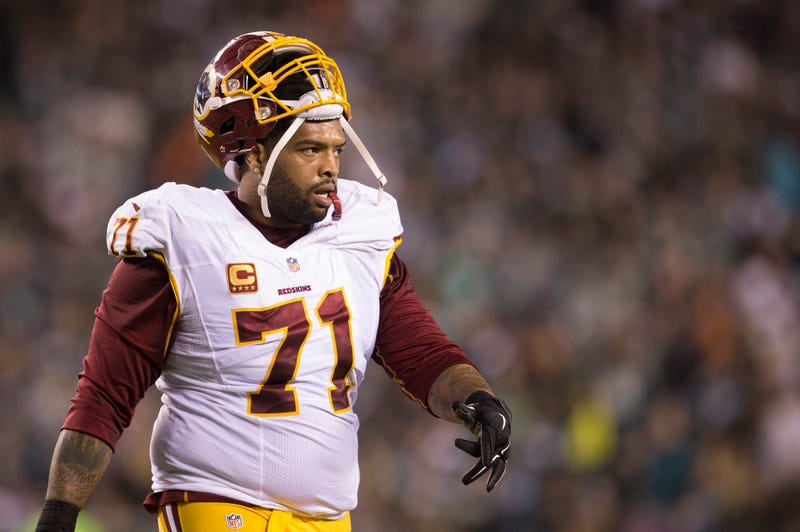 Trent Williams has been at war with the Redskins for the better part of a year with no resolution in sight. Even a new coaching staff hasn’t changed his desire to play elsewhere and the Redskins now know what they have to do. Injuries and a cancer diagnosis (he underwent successful surgery to remove a tumorous growth on his head) have complicated Williams’ NFL future, though the 31-year-old is one of the league’s premier blindside protectors when healthy.

He’d make all the sense in the world for the Browns, who had trouble protecting Baker Mayfield throughout 2019 (only six quarterbacks were sacked more frequently). The Browns can address that shortcoming through the draft—this year’s tackle crop is one of the deepest in recent memory—but apparently, they’re still on Williams’ trail with ESPN’s Josina Anderson reporting Cleveland is continuing to vet the eight-time Pro Bowler. He’d be a splashy pickup for a Browns team looking to turn the page on last year’s disappointment.