There will be two Monday Night Football Games that cap off Week 1, one of which includes the Antonio Brown-less Oakland Raiders. Still, more than enough happened on the first Sunday of the 2019 NFL season to begin to draw some conclusions about how the rest of the year will play out. 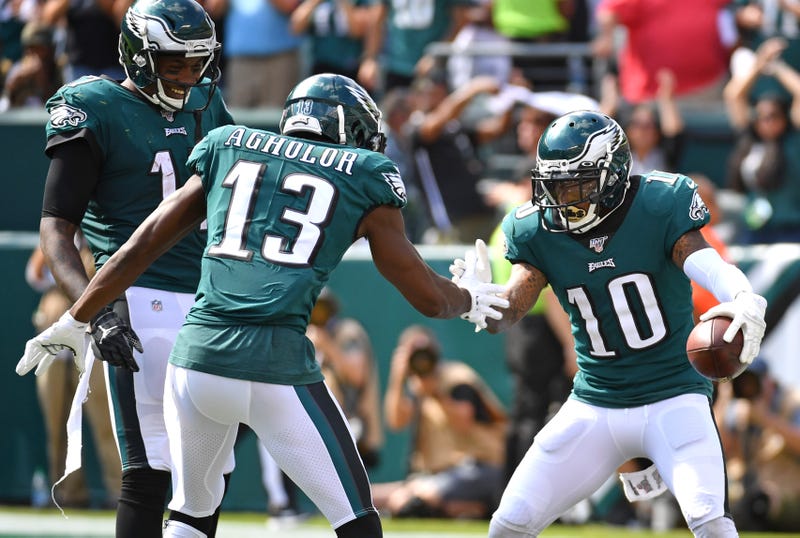 1. The NFC Playoff Picture Could Run Through The NFC East

In the final preseason edition of the RADIO.COM NFL Power Rankings, the Philadelphia Eagles checked in at No. 2, just six spots ahead of the Dallas Cowboys. The thought was that the NFC East had two potential Super Bowl contenders. Nothing that happened Sunday changed that though process.

Doug Pederson's offense erased a 17-0 deficit to win their Week 1 matchup over the Washington Redskins 32-27. And frankly, the game wasn't nearly as close as the final score indicated.

Carson Wentz, now in his fourth season, got scorching hot in the second half of the game, and finished 28/39 with three touchdowns and 313 passing yards.

While Wentz completed one of the nicest touchdown passes of his career to Alshon Jeffery in the third quarter, it was DeSean Jackson that stole the show in the team's Week 1 victory. In Jackson's return to Philadelphia, he hauled in eight passes for 154 yards and two touchdowns. As you can imagine, both touchdowns were of the home run variety:

DeSean Jackson is having one hell of a homecoming 🔥🔥 @DeSeanJackson11 pic.twitter.com/e1b8Oim7gz

So pardon the pun, but the Eagles offense is scary deep, and it's one of the reasons that they entered the season as a popular Super Bowl pick.

Consider this: Zach Ertz, who set an NFL record with 116 receptions as a tight end in 2018, had a rather pedestrian game, as he caught five passes for 54 yards. And the Eagles still put up 32 points.

Meanwhile, the Cowboys won going away against the New York Giants.

Ezekiel Elliott — just days after signing a six-year/$90 million deal with $50 million guaranteed — averaged 4.1 yards-per-carry on 13 carries. But Dak Prescott, perhaps not far behind in terms of being extended, was the real story Sunday for the Cowboys. Prescott had one of the finest games of his career, going 25/32 for four touchdowns and 405 yards.

While Michael Gallup led the Cowboys with 158 receiving yards on seven catches, there was equal opportunity for all of the Cowboys pass catchers to get involved. Amari Cooper had six catches for 106 yards and a touchdown. Randall Cobb and Blake Jarwin also caught touchdown passes. However, one of the coolest moments Sunday was Jason Witten catching a touchdown in his return to football after a tumultuous season as a broadcaster:

The Eagles and Cowboys won't meet until Week 7, when the two NFC East rivals are scheduled to square off on Sunday Night Football in Dallas. But you do get the sense that whoever ultimately wins the NFC East is likely to have one of the top two seeds in the conference, and perhaps home-field advantage throughout the postseason. 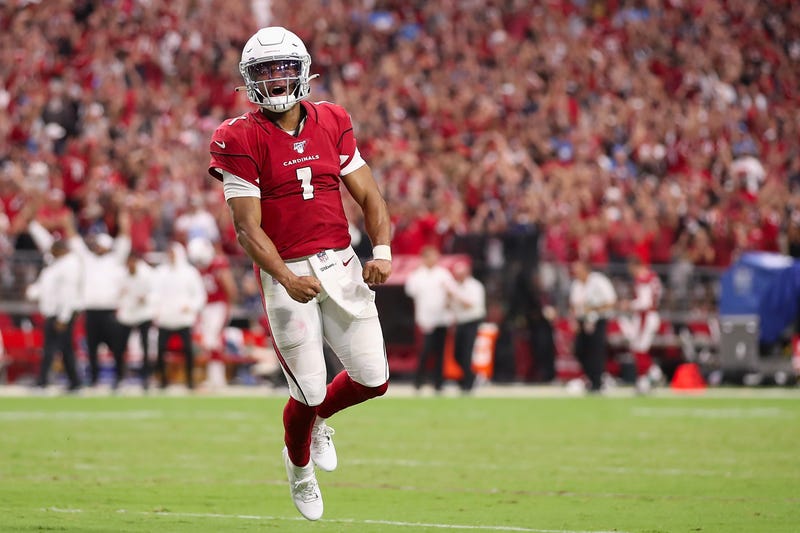 2. Even In A Tie, Kyler Murray Showed Something In His Debut

No. 1 overall pick Kyler Murray's NFL debut bordered on disaster for much of the first three quarters. The Detroit Lions — who aren't exactly expected to compete for the Super Bowl — jumped out to a 24-6 lead on the Arizona Cardinals, with Murray completing just nine of his first 25 passing attempts. Hell, he was essentially sacked by one of his own offensive lineman at one point:

Let’s take a look in on how the #Cardinals and Kyler Murray are doing week one:

But Murray completed 20 of the next 29 passes that he made, helping the Cardinals to tie the game (which included a successful two-point conversion) and force overtime.

After connecting with future Hall of Famer Larry Fitzgerald for the game-tying touchdown in regulation, the duo hooked up again in overtime for a 45-yard completion that was Murray's most impressive throw of the day:

Ultimately, the Cardinals settled for a field goal on that drive and a tie against the Lions. While the Cardinals are unlikely to be a team that competes for the postseason in 2019, Murray can't take as long to get into a rhythm as he did in his NFL debut. But there's something to be said for how Murray looked as he led the Cardinals back into the game — like a 10-year veteran. 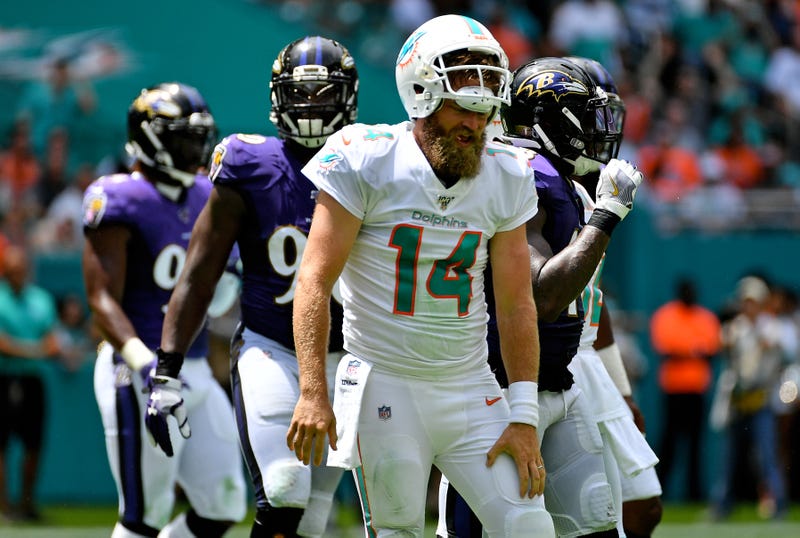 3. The Dolphins Appear To Be The Heavy Favorite To Land The No. 1 Pick

Mike Florio of Pro Football Talk reported on Football Night in America Sunday that multiple Dolphins players have requested trades already. When you lose 59-10 in your season-opener and the prevailing belief around the sport is that you're tanking, veteran players aren't keen on sticking around.

In some senses, it's unfair to Lamar Jackson, Mark Ingram and the Ravens to overlook the beating they put on the Dolphins. Jackson tossed five touchdowns. Ingram ran for two touchdowns. Marquise "Hollywood" Brown had four catches for 147 yards and two touchdowns. The Ravens went into Miami, and made as resounding of a statement as they possibly could have.

All that said, the ineptness of the Dolphins is the story here. They came in dead last in the most recent RADIO.COM Sports NFL Power Rankings. Here's a spoiler alert: they'll be there again this week. And frankly, No. 32 feels generous for Brian Flores' squad.

Ryan Fitzpatrick went 14/29 for 185 yards, a touchdown and an interception. Josh Rosen only made three pass attempts, but one of them was intercepted. The Dolphins never had much of a chance to establish the run, but they ran for just 21 yards on 12 carries. And the defense, well, it got shredded.

It's important not to overreact to Week 1, but it feels like there's a distinct possibility that the Dolphins go 0-16 this season. It also feels like that's by design. And while there's certainly a case to be made for the strategy of stockpiling high draft picks, the Dolphins still have to play 16 games in 2019. And if Sunday was any indication, those games are going to be brutal from a Dolphins perspective.