Before his triumph Thursday night, Browns overnight sensation D’Ernest Johnson was sliding into Instagram DMs, begging to play in the Alliance of American Football, a short-lived startup league that lasted all of two months. Coming out of USF, where he played sparingly as a backup to starter Marlon Mack, Johnson was not a particularly sought-after prospect, drawing scant interest from teams before going undrafted in 2018.

After failing to latch on with the Saints, who sent him packing after failing to impress at rookie minicamp, Johnson returned home to Florida, spending his days fishing for mahi-mahi to make ends meet while waiting for his football career to take off. When he wasn’t baiting a hook or casting out to sea, the 5’10” running back was reaching out to teams through social media, offering to send them highlights in hopes of landing an AAF tryout. Here is a screenshot of one of those communications shared by Courtney Kramer, former social media manager for the Birmingham Iron.

My favorite story about D’Ernest.

He DM’d every AAF team in 2018 asking for a tryout. Made the Orlando team. Then popped off.

Kid has worked his ass off. He’s earned this.

(Of course I saved the screenshot.) pic.twitter.com/015PmctLcc

Though nothing came of that exchange, Johnson would eventually join the Orlando Apollos, making the most of his opportunity by leading the AAF in yards per carry (5.81) before the league disbanded eight weeks into its inaugural season. Johnson parlayed that success into an NFL contract, surviving final cuts to make the Browns’ 53-man roster out of training camp that summer.

He’s been a Brown ever since, though it wasn’t until Thursday night, with backfield staples Nick Chubb and Kareem Hunt both hobbled, that Johnson was given a chance to shine. The 25-year-old ran all over the Broncos, tormenting Denver on the ground with 146 yards and a touchdown on 22 carries. Johnson’s rags to riches story, lifting himself off the mat after repeatedly being knocked down by scouts and talent evaluators who didn’t think he was big or fast enough to succeed in the pros, is the ultimate tale of perseverance, defying the odds to accomplish his dream of not just playing, but being a difference-maker in the NFL.

“Playing in the NFL was always my dream,” an emotional Johnson told Fox sideline reporter Erin Andrews in his postgame interview Thursday night. “Being on a fishing boat, and coming from where I come from, it’s a blessing. Not too many people make it out from where I did.”

"It's a dream come true to be able to play this game and just come out here and be able to start." 💪

With the @Browns dealing with RB injuries, @DernestJohnson2 was given the chance to step up. He delivered 🔥. (@ErinAndrews) pic.twitter.com/oAOnWn0Vli 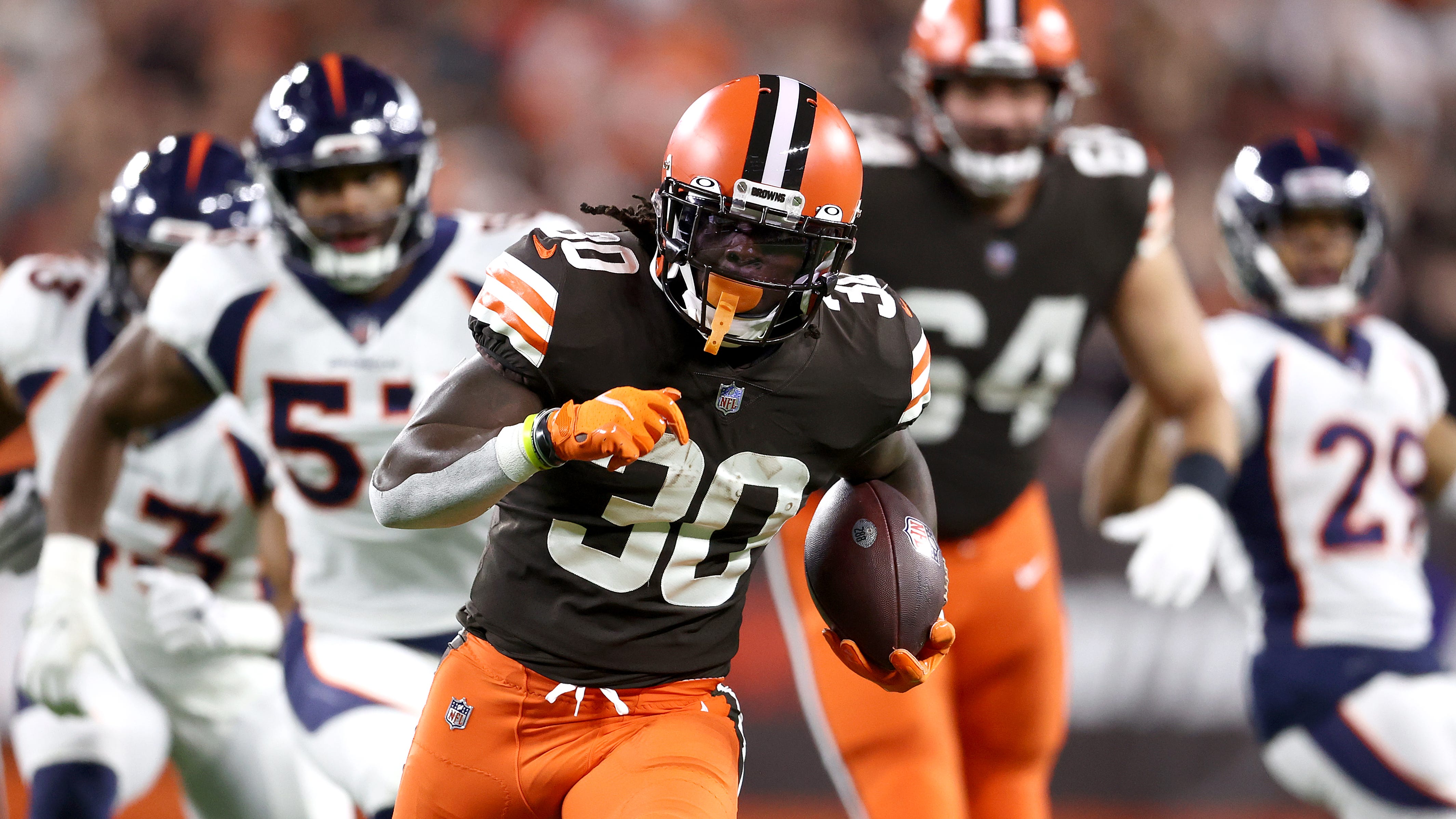 Shouted out by LeBron, D’Ernest Johnson wows with PFF’s highest rushing grade of 2021