Houston Texans CEO Cal McNair apologized Tuesday after a racist remark that he made earlier this year became public.

Michael Silver of Bally Sports reports that McNair made an anti-Asian remark at the team's Charity Golf Classic this past May, more than a year into the COVID-19 pandemic:

At the end of his brief remarks, according to two witnesses who asked to remain anonymous, McNair – whose family has owned the Texans since they were founded in 1999 – told the crowd, "I’m sorry that we couldn’t get together last year, because of the China Virus."

As McNair and his wife, Hannah, looked on smirking, some audience members were stunned by the reference to the COVID-19 virus, which had forced the 2020 tournament’s cancellation.

“Everyone gasped,” one witness said, “especially the people directly across from him. He and Hannah seemed to think it was hilarious. It was dead silent.”

When reached for comment on the story, McNair admitted to using the phrase:

“My comments at the event last May included an inappropriate choice of words,” McNair said in the statement. “I immediately apologized to people who approached me then and I apologize again now. I know how important it is to choose my words carefully. I would never want to offend anyone.”

The phrase "China Virus" was first used by former president Donald Trump. Over the last 30 years, both Cal McNair and his late-father, Bob, have been donors to the Republican Party. According to Open Secrets, the elder McNair, then the CEO of the Texans, made frequent donations to Trump, Ted Cruz and Marco Rubio -- among others -- along with state parties in the final years of his life. Cal's public political history isn't nearly as lengthy as his father's but includes donations to former president George W. Bush and current Texas governor Greg Abbott in the early 2000s.

Cal became the CEO of the Texans in January of 2019, a promotion from COO, which he had served in under his father. Bob, who founded the Texans, passed away in November of 2018 at the age of 81. This was just over a year after Bob infamously said "we can't have the inmates running the prison" when the league was discussing how to handle players who were peacefully protesting racial injustices in the United States by kneeling before games during the playing of the National Anthem. While Bob initially apologized for his analogy, he later told Andrew Beaton of The Wall Street Journal that "The main thing I regret is apologizing." 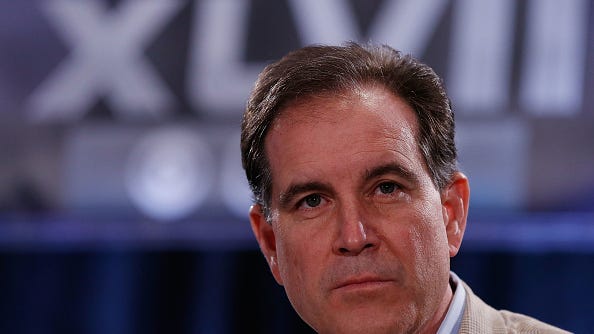